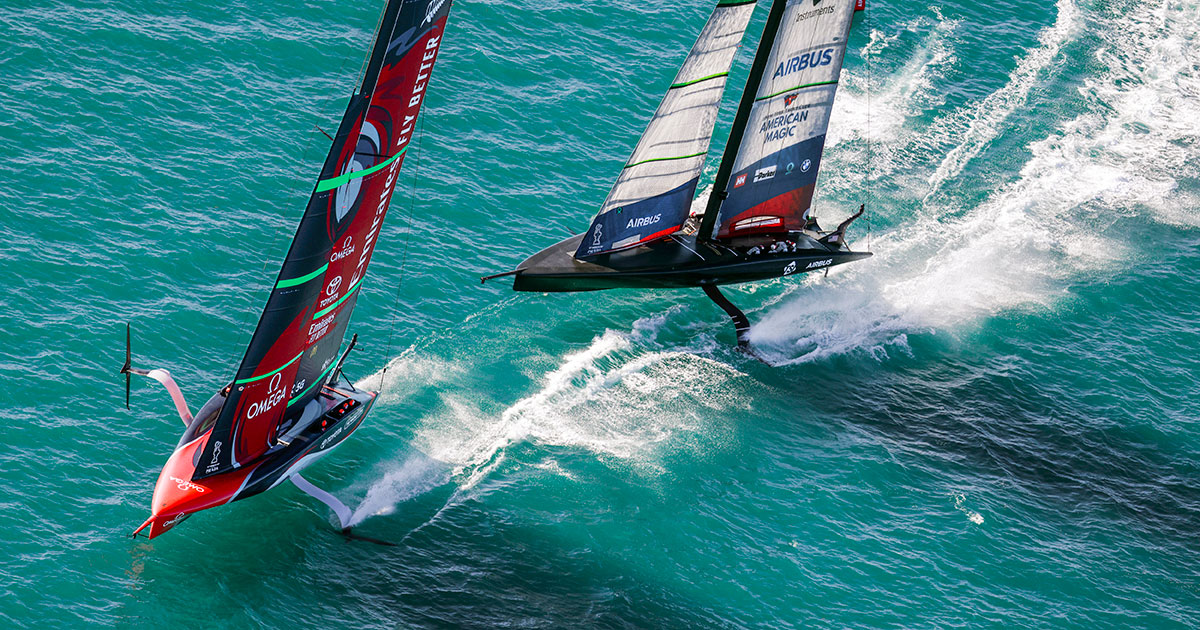 If you are a water sports enthusiast, The America’s Cup, one of the oldest and most spectacular international sporting trophies combining history, innovation and prestige, is sure to ring a bell. Since 1851, and despite fierce rivalry, only four countries, including Switzerland, have appeared on the list of the legendary duel of sails. The OMEGA company will embark on the adventure for the first time in 1995, supporting Team New Zealand, led by the great navigator Sir Peter Blake. She brings to the team its values of excellence and precision. The kiwis’ victory that year resolutely foreshadowed the coveted role of official timekeeper then assumed by OMEGA in 2000 and 2003. History repeats itself today. Indeed, OMEGA is once again on the seas of New Zealand to tick off the seconds of the 36th edition of the event.

America’s Cup: The pinnacle of sailing

From the end of the 19th century to the present day

The America’s Cup, first contested in 1851, predates the modern Olympic Games by not less than 45 years. The coveted prize, affectionately dubbed the “Auld Mug” (Old Mug) is the oldest trophy in international sport. For 170 years, the 27-inch high trophy fashioned from 134 ounces of Sterling Silver, has been the source of fierce international rivalries and spectacular duels. It takes many wins on the water to claim the prize – and there’s no second place – either you win or you lose, simple as that.

Eye on the prize

The competitive crews can certainly place their trust in this year’s Official Timekeeper, given OMEGA’s reputation for split-second precision. In addition to delivering a flawless performance at the world famous regatta in 2000 and 2003, OMEGA has also served as Official Timekeeper at almost every Olympic Games since 1932. Throughout the years, adventurous sailors have also relied on OMEGA’s high-precision marine chronometers for navigation, including French sailing legend Eric Tabarly, winner of the OSTAR east‑west transatlantic race in 1964 and 1976. OMEGA’s robust and highly water-resistant Seamaster has proven its worth countless times since. Today, OMEGA’s strong nautical links include partnerships with top competitive sailors and sailing events. 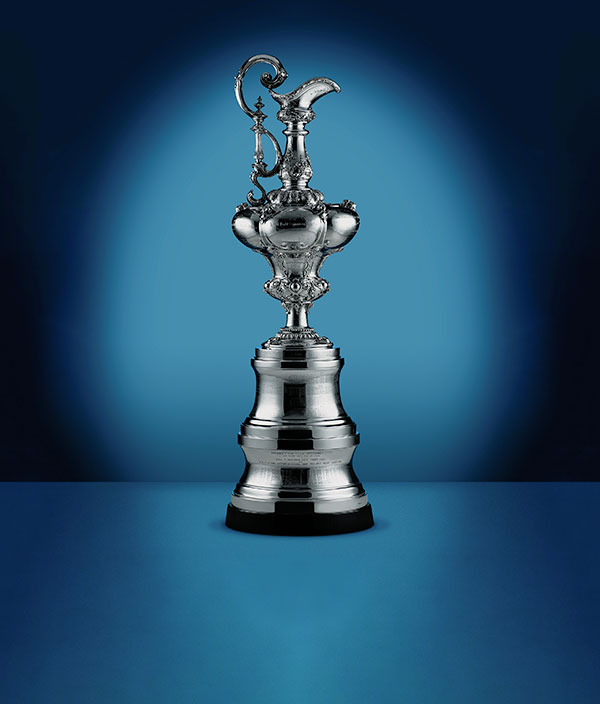 First offered as the Hundred Guinea Cup on August 20, 1851, by the Royal Yacht Squadron of Great Britain for a race around the Isle of Wight, the trophy was renamed the America’s Cup as a tribute to the winning boat – America – a 100-foot (30-metre) schooner from New York. Today, schooners are more likely to be sailed by the event’s spectators. The latest AC75 monohull boats are in a different league. They literally fly, they can go up to 50 km/h! Unique features include T-wing hydrofoils mounted on port and starboard, a double-skinned semi-battened mainsail andthe absence of a keel.

At the heart of the America’s Cup 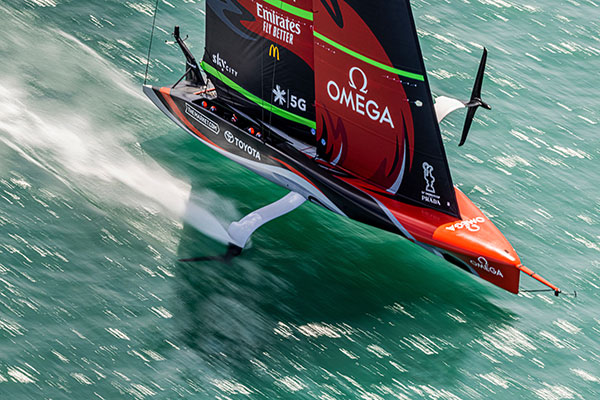 Here’s how the Match Racing drama will unfold in 2021. The Race Course on Auckland’s Waitemata Harbour is around 1.7 nautical miles long (roughly 3km). It’s also between 0.5nm and 0.8nm wide (0.9km to 1.5km), and boats must remain precisely within the set boundaries throughout the race. Since March 9th, the Defender Emirates Team New Zealand will face the winner of the PRADA Cup, Luna Rossa Prada Pirelli Team, in a 13-race Match. The first team to score seven points will lift the “Auld Mug”, and also become the Defender of the 37th America’s Cup 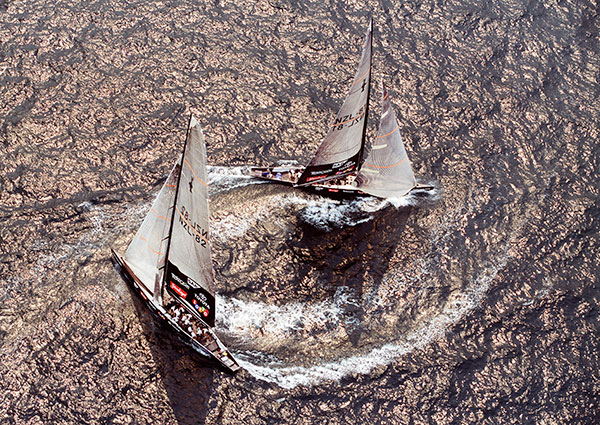