SUBSCRIBE
Home / Art of Living  / Basquiat at the MMFA: More Than Just Music 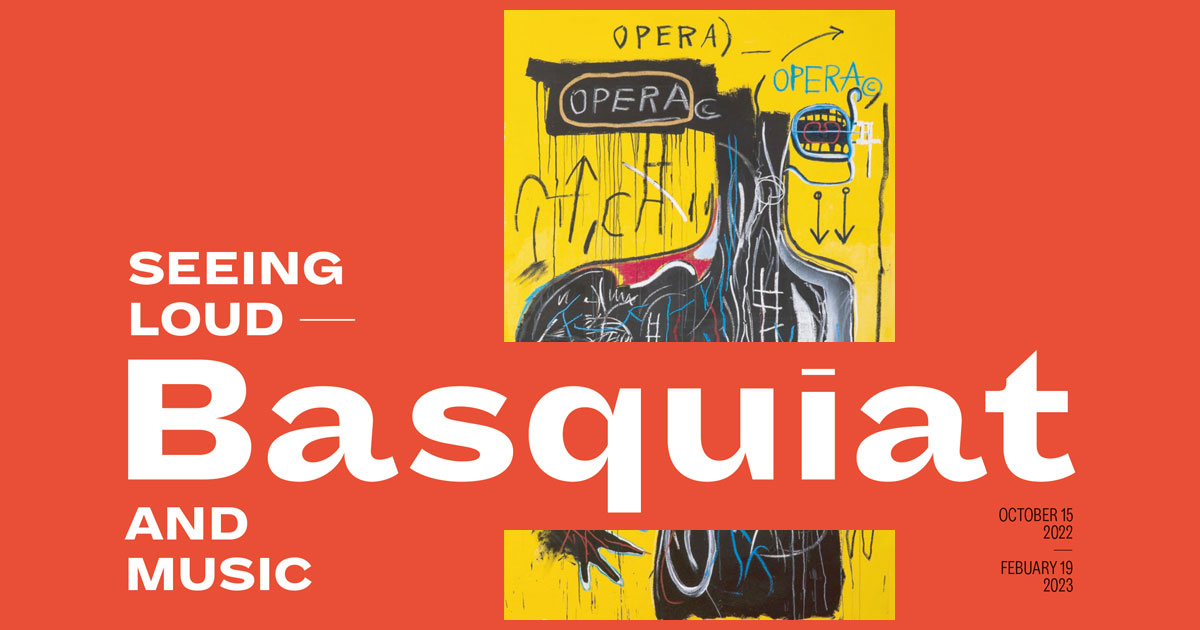 Since October 15, 2022, the exhibition “Seeing loud—Basquiat and the music” has been on display at the Montréal Museum of Fine Arts. Here’s a glimpse, because the exhibition is huge and includes monumental works. For me, the Basquiat exhibit at the MMFA is really more than just music, it’s an event that runs until February 19, 2023.

Paris and Montréal Join Forces for Basquiat at the MMFA 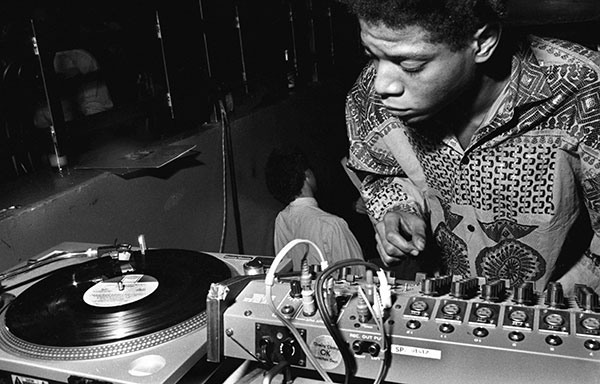 Thanks to an association with the Musée de la musique – Philharmonie de Paris, the Montréal Museum of Fine Arts (MMFA) invites you to enter the spectacular universe of the New York artist, to explore how music is present in all of Jean-Michel Basquiat’s (1960–1988) phenomenal work.

This exhibition goes where no other has gone. It shows us how different musical influences have shaped Basquiat’s career. We are reminded of (or discover) the New York of the ’70s and ’80s, the painter’s heyday. Whether you are a jazz or hip-hop fan, you will be delighted by the paintings as well as by the various musical performances that Basquiat gives us through archive extracts, when he was himself in the experimental group Gray, without forgetting all the other musicians he had and who influenced him. 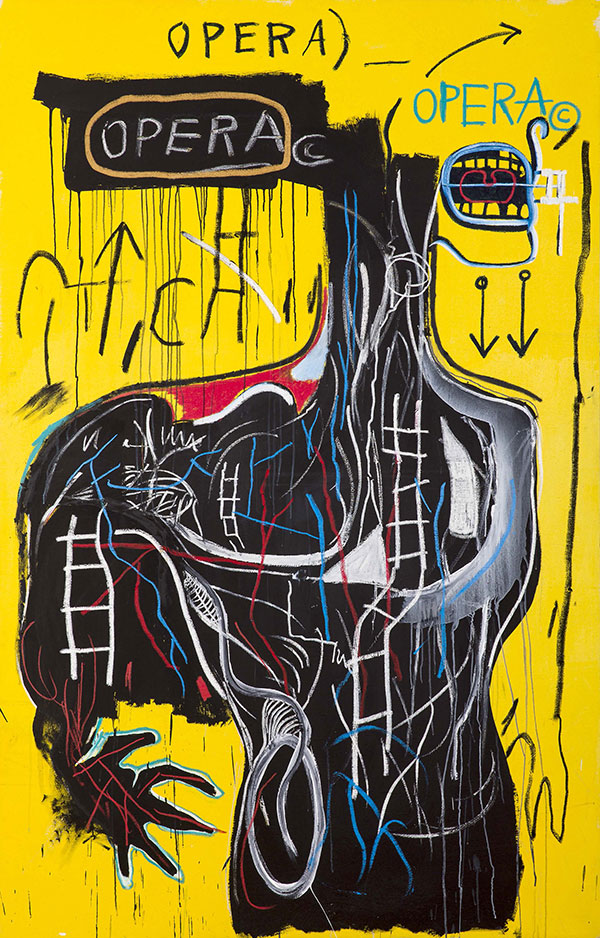 Basquiat at the MMFA is divided into multiple rooms containing more than a hundred works that take us through all the streets of the Big Apple, the latter being a milestone in the young painter’s career. Whether through his excesses or his works, it is easy to understand the genius. On the menu we go from Warhol to MTV to darker performances than his various diaries. The extent to writing was present in Basquiat’s work is very impressive. The self-taught artist managed to find the words, the voice and the colours, which he liked to be very vivid, to make us think, and each room of the exhibition gives us a different experience.

Basquiat at the MMFA: Carried by Music 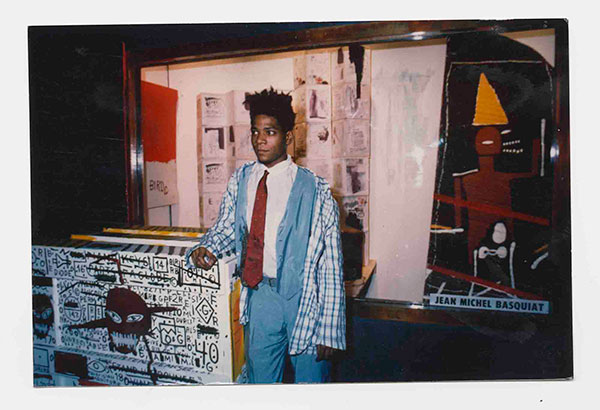 Basquiat with his installation Klaunstance (1985) at Area, 1985. Photo © Ben Buchanan

To say that music was important in the artist’s work and life is a pleonasm; the two were intimately linked. It is as if every brushstroke Basquiat drew was a new note on a staff. His huge collection of over 3,000 albums certainly influenced his paintings, and you can feel it in his various artistic expressions.

Born in the American metropolis to parents of Haitian and Puerto Rican descent, hence his French-sounding name, Jean-Michel Basquiat has had an explosive career. Starting with an exploration of the music that shaped the artist’s New York in the 1970s and 1980s, the exhibition addresses the performative nature of his work and sheds new light on how music shaped his artistic expression.

“Jean-Michel Basquiat’s art is loaded with sonic charge,” explains Mary-Dailey Desmarais, Chief Curator of the MMFA and curator of Seeing Loud: Basquiat and Music. “Words, instruments, signs and symbols collide in compositions that sound—and sound loud—as we see them. They are distillations, reincarnations and even incantations of the phonics of the New York City streets, of hip-hop and bebop, of the Black Atlantic, Beethoven, Ravel and more. Through the music in his work, Basquiat celebrated Black’s artistry and tackled the complexities and cruelties of history, bringing to life the sounds that inspired him and the soul of his historical moment.”

His passion for music led him not only to paint posters for shows, but also to create sets for concert halls and clubs, and to produce music videos during their teenage years. 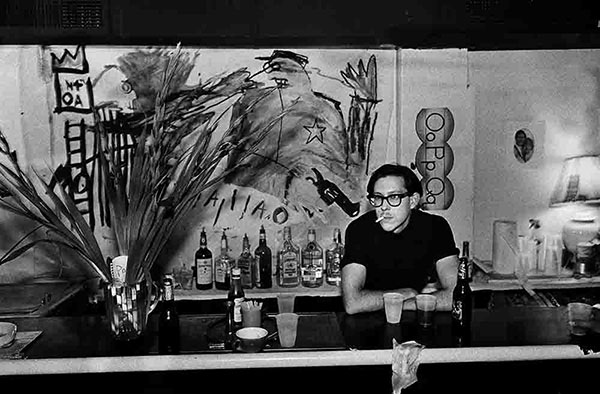 One might think that music is just fun for Basquiat, but it has allowed him to explore issues dear to immigrants such as racial politics in the United States and all black music, which has influenced many artists of all races and religions. Although he left this world almost 35 years ago, his voice still resonates today with statements such as “Black Lives Matters.”

“The key to deciphering Basquiat’s oeuvre and understanding its evolution lies in music. The artist always surrounded himself with sounds, and found himself at the confluence of two major musical movements of his time—no wave and hip-hop—that resonated with his creations. Jazz was a major source of inspiration for him, as were the blues and vernacular forms of Black American music, which he integrated into his paintings and which had a profound influence on his artistic practice, both formally and thematically, ‘explains Vincent Bessières, guest curator for the Musée de la musique—Philharmonie de Paris.

‘Music was always the focal point of Basquiat’s life and his art. He created spaces of knowledge with his copy-and-paste method that shows similarities not just to the composition and performance methods of hip-hop’s sampling and scratching, but also the improvisations in jazz and the aleatoric composition of John Cage. Basquiat’s works appear like a “language of rupture,” a concrete poetry of hip-hop created in a copy-and-paste technique and jazz improvisation. Music thus forms the decisive link in his art. Jean-Michel Basquiat’s Sprechgesang, his music, his sounds and noises continue to resonate in his works; in the words of Glenn O’Brien, “the spirits are still playing live,”’ explains Dieter Buchhart, guest curator.

Experience the Music during Basquiat’s at the MMFA 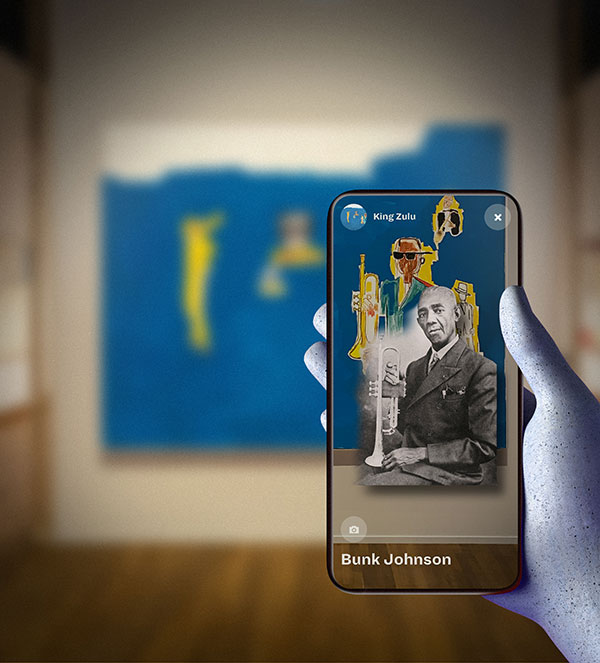 If you want to immerse yourself even more in this great exhibition, an augmented reality application offers you enriched content, such as being able to locate the works in their original environments and thus appreciate them in their contexts.

Allow a minimum of two hours to explore the exhibition. You’ll love it. Take your time to enjoy this wonderful Basquiat exhibition at the MMFA.