Bord’Elle, The Old Montréal by The Great Gatsby

At the beginning of December opened a new bar, but even more than that, the Bord’Elle – Boutique Bar and Restaurant located at 390 rue St-Jacques Ouest; Is a unique place and a gem located in the heart of Old Montreal. It is an ultra-modern supper club offering a fusion of styles of European hotel shops, creative cuisine, and the intense and contagious nightlife for which Montreal is so well-known. Strongly influenced by the roaring 1920s, when one enters the Bord’Elle, one would think oneself in the world of The Great Gatsby! 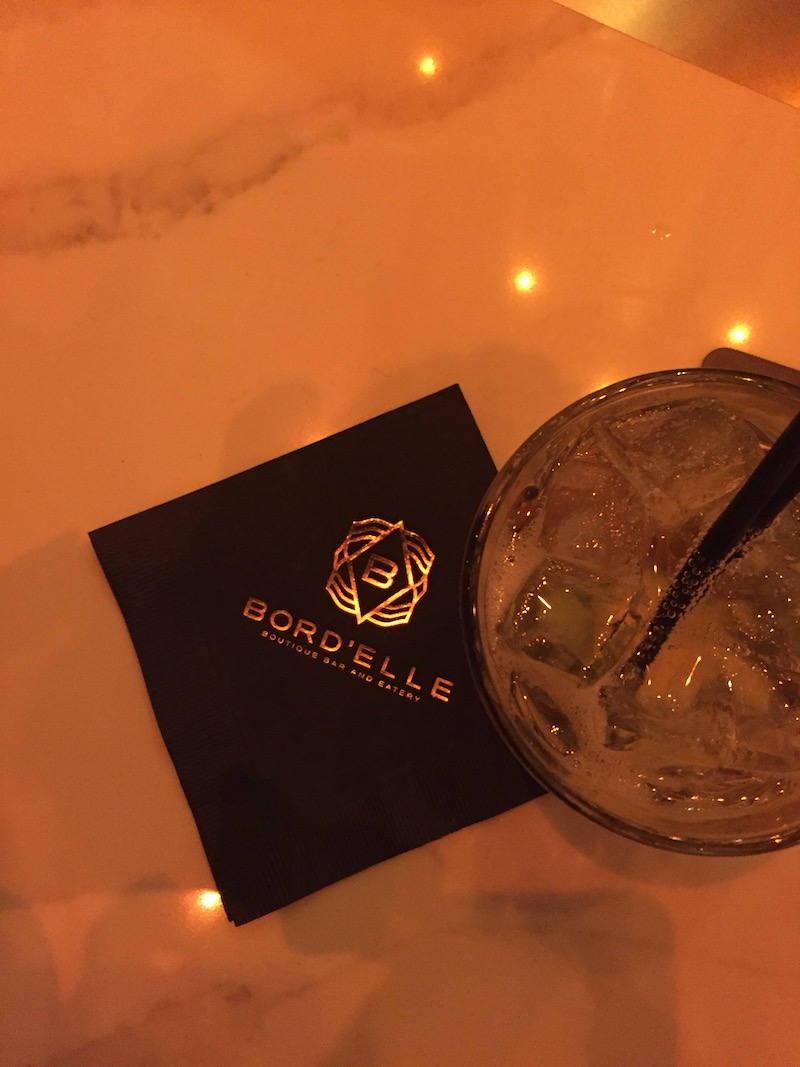 As you enter the Bord’Elle, the first thing you notice is the extravagance. The luxury of the place and its atmosphere took your breath away. It is the ideal place to relax and savor the best cocktails, while enjoying a unique menu, offering a combination of Asian and French cuisine. The Bord’Elle becomes every night, a true palace to unwind completely until early morning, all to the sound of the best rhythms of the well-known DJs of which; Donald Lauture, DJ Yo-C, Jojo Flores and many others, Bet that you can not help dancing 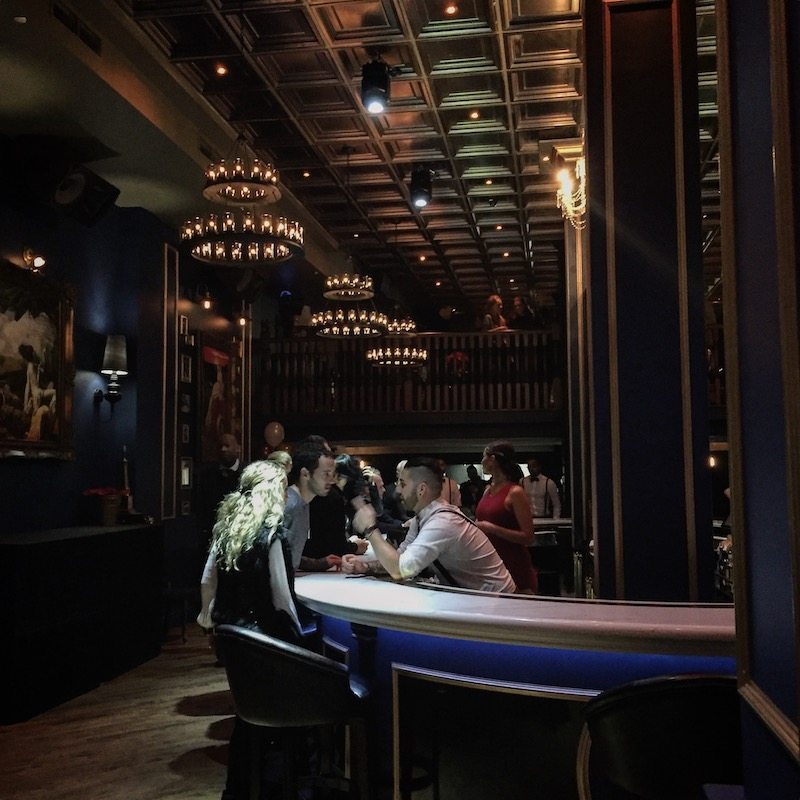 The Bord’Elle is three different and independent zones, but each will make you vibrate thanks to its unique character. First of all, we note the Grand Foyer – in which we are welcomed just after the main entrance. The place is made up of luxurious benches adorning the long corridors, intended to make us feel instantly exactly in the comfort of their own home, with excellent cocktails just before dancing with our guests to the sound of swing music. 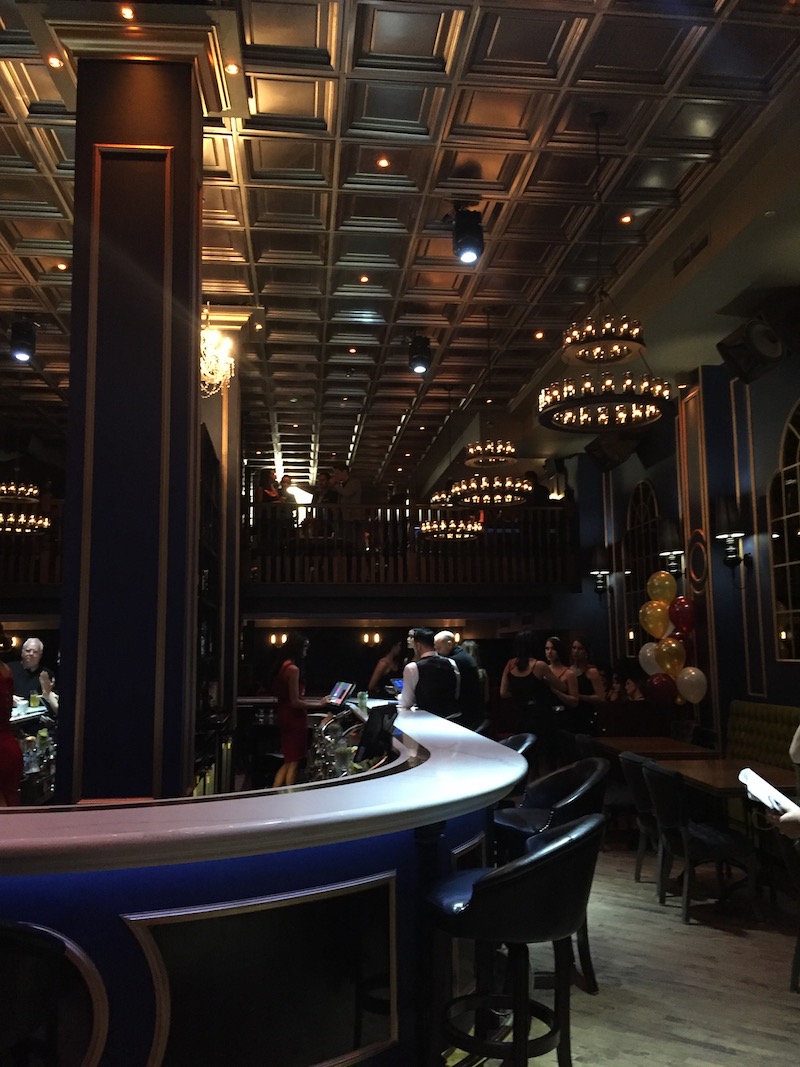 You can also sit in the central room of the Grand Foyer; A superb bar of the most inviting, decorated sumptuously in order to recall a decadent and extravagant era now far away. Here, you can discover the delicious cocktails created by Montreal’s great mixologist Manny Vides Jr; The Bees Knees, the Southside, the Between The Sheets – which are just some of the inspirational cocktails of the twenties that are offered to you. 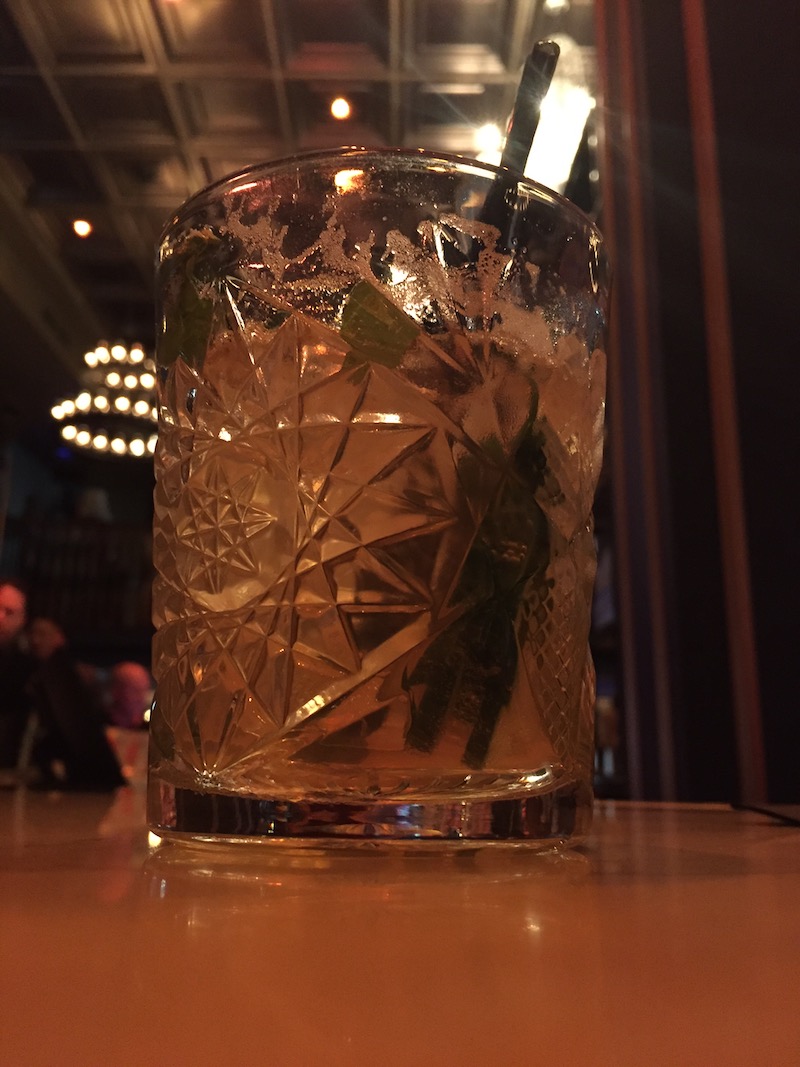 In addition to being tinted with the characteristics of the era of prohibition, the cocktail menu offered by Bord’Elle is also influenced by Spanish influences – notably with the superb Gin Bar, which offers concoctions of gin & tonic (My favorite drink) of the highest caliber, influenced by the trends and fine precision of Madrid. Surely several things will take place in the Grand Foyer … 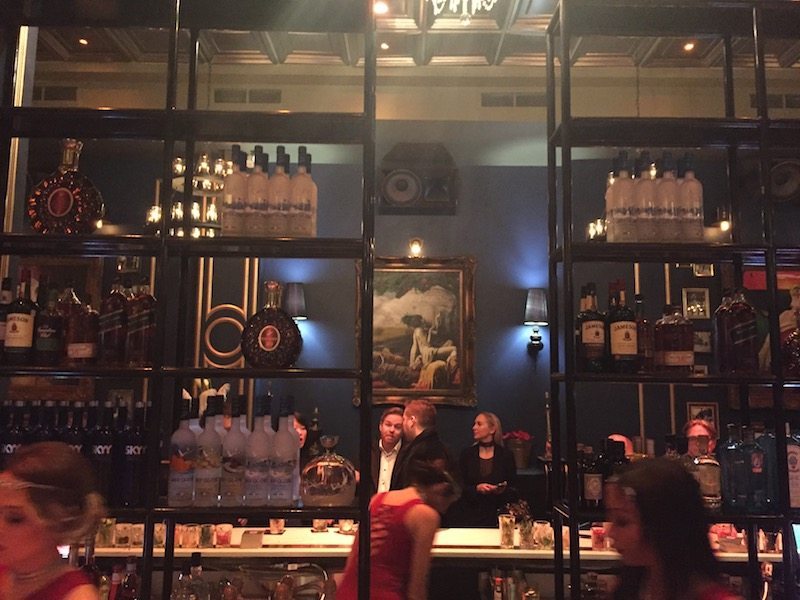 Then there is the Whiskey Parlour, perched above the large fireplace, overlooking the festivities taking place on the first floor. Specializing in the darkest spirits, there are some of the scotch-whiskey listed in the most elaborate repertoires; From the Irish to the Americans, from Scotland to Japan. This sumptuous lounge satined impregnated with leather and Mahogany, bathes the occupants in the exuberance and the sophistication the finest; Where the most secret transactions take place! Here is a photo of the living room, unfortunately, being a media evening, space was not optimal for the service and was occupied by a photobooth, more reason to return. 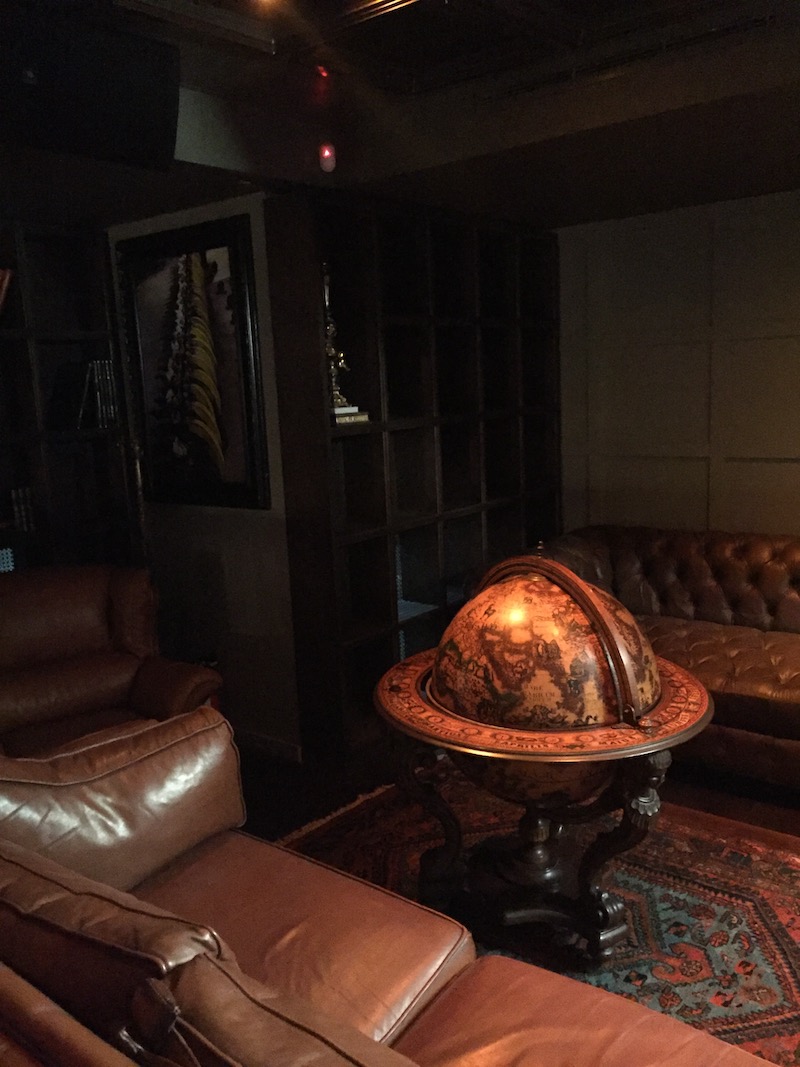 The cherry on the sundae, the Champagne Room, having an eye on all the action that takes place at the bottom, it is the most feminine zone of the place. Adorned with accessories with golden hues and sparkling pink gold accents, one quickly falls under the spell of sofas that are dangerously comfortable. This delightful mezzanine offers a magnificent range of the most varied of champagnes, Proseccos and wines of private import, served by the glass or the bottle. Each of them has been selected with the greatest care, according to the refined tastes to which the sophisticated clientele will be accustomed during visits in the magical atmosphere that offers the Bord’Elle. 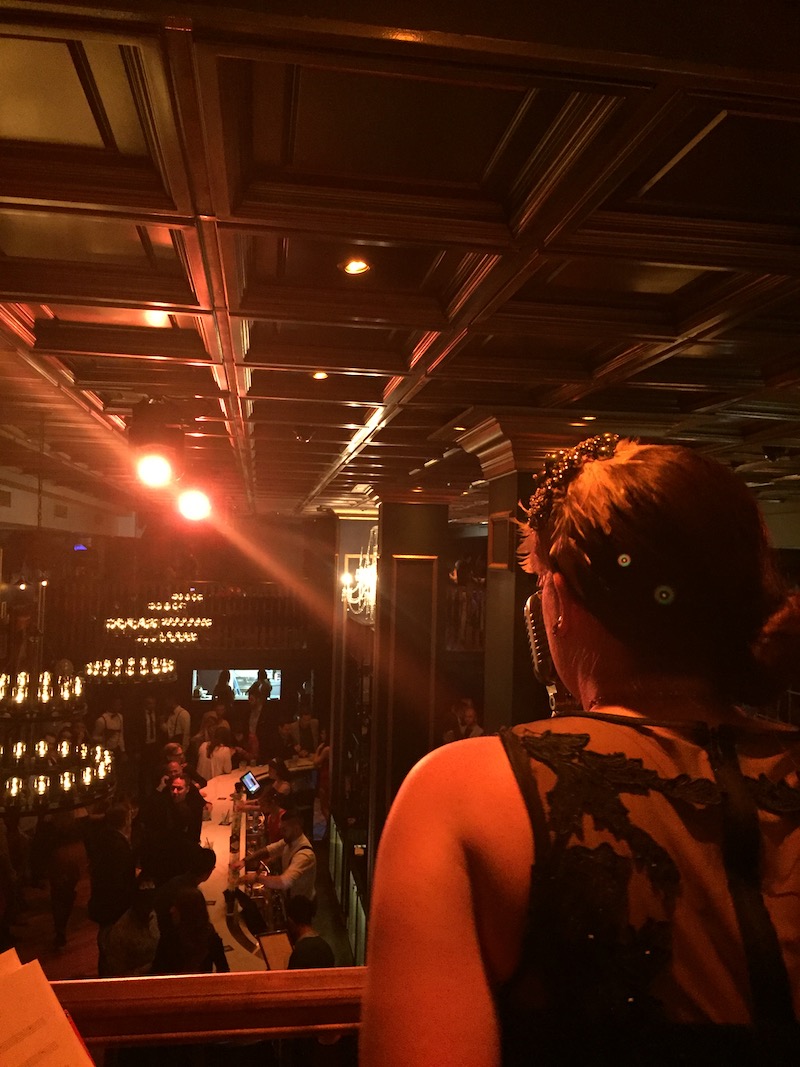 The view from the Champagne Room.

Bord’Elle, more than a bar, a foodie’s paradise.

The menu of Bord’Elle, inspired by the 1920s, is a sumptuous amalgam of Asian sensuality and French eccentricity, all offered at healthy and light prices. This festive menu is the creation of Executive Chef Andrew Baijani, who in just a few years has carved a prominent place by paving his way through each of the stages, ranging from dishwasher to Executive Chef for the Bord’Elle. Throughout his career, Chef Baijani worked at the Kabana Restaurant et Bar, Mile Public House and Champagne et Cie.

For the Bord’Elle, Chef Baijani has developed a menu offering a medley of tartars, bites of all kinds, sushi tours, raw vegetables, cheese platters, charcuterie plates, oysters and caviar – all in precise optics to the wide selection of spirits and cocktails offered at Bord’Elle. I can tell you that the whole thing is just delicious!

Meet the Great Gatsby on NYE at Bord’Elle

And to finish this ticket, what better than closing it off with the New Year’s party that will take place at Bord’Elle, under The Great Gatsby theme! 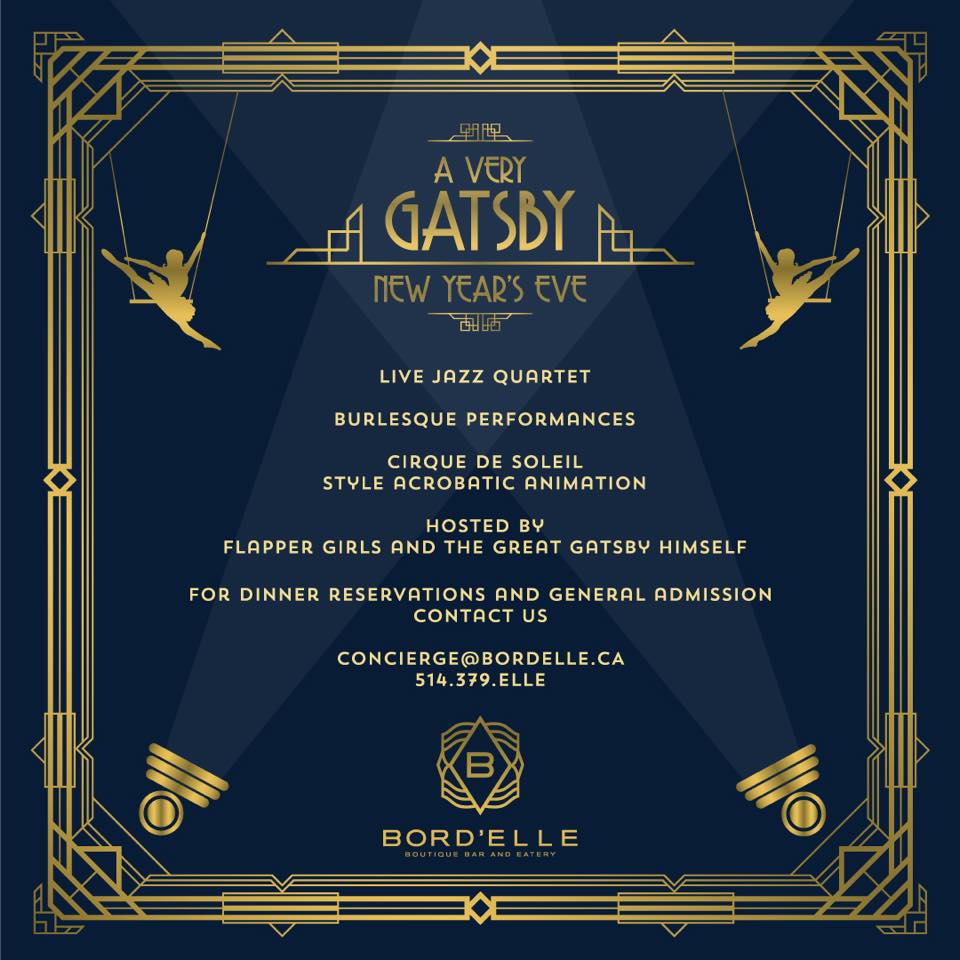 A little more on Bord’elle