Groom Men Care: For Gentlemen Only 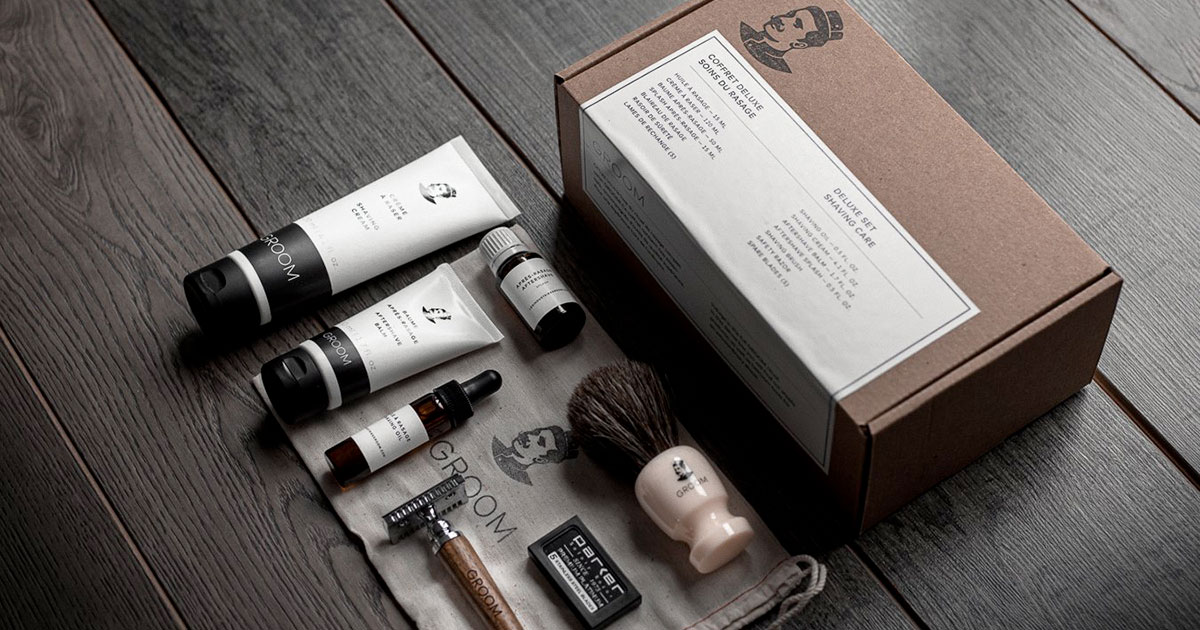 Whether through the different masks, cream, or even, for some, the nail polish, beauty is taking more and more places in men’s daily lives. To find out a little more and present a range designed exclusively for gentlemen, I met Julien Blanchard, co-founder of Groom Men Care, based in the Mile-End district in Montreal.

The origins of Groom Men Care 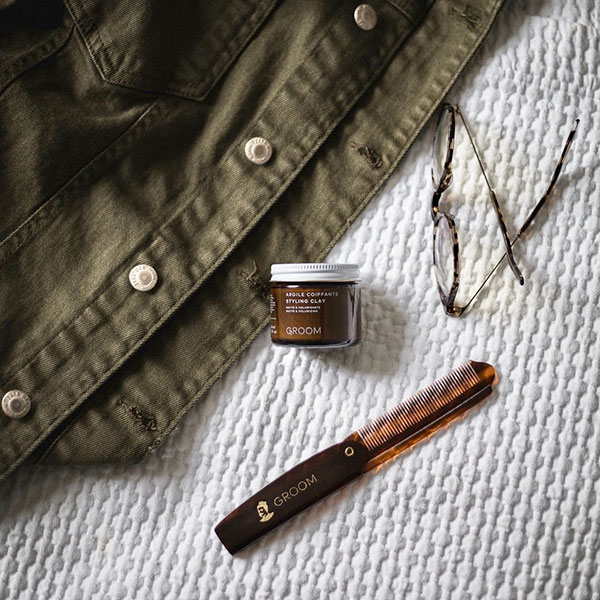 The beauty industry has evolved a lot since Groom was founded over 7 years ago. Julien had a mustache at the time, and most of their products were aimed at men with beards. The company now offers a line of shower and body products and is working to develop even more over the next few years. “We are developing products in a fairly active way […] to cover the essentials of men’s care,” said Blanchard.

“Groom’s idea came about completely by accident! Says Blanchard, who holds a bachelor’s degree in literature. With his partner, a sound technician, we can clearly see that we are quite far from men’s care. “At the time, I wore a mustache, and the product offering, for me, was almost non-existent, even online—the same situation for my partner who wore a beard. The result was: we cannot find the products, let’s make them,” adds the co-founder. It was with the support of people around them and the growth of a new generation of barbershops that the project could take off.

Movember and Procure take place throughout November, two events that raise funds for men’s health. It should come as no surprise that Groom benefits, by extension, from the popularity of its events in its order book. Of course, mustache and beard products are still among the most popular, and Mr. Blanchard sees no decrease despite the expansion of the line.

Product Development, an Intimate Relationship With the Community 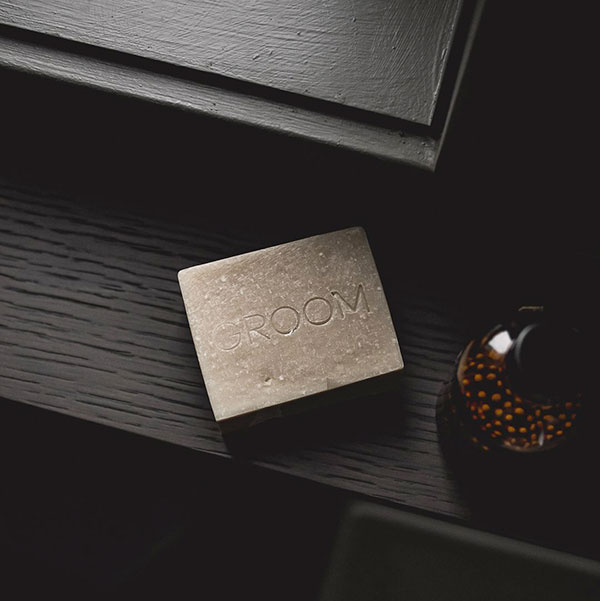 Continuing the interview, I am interested in how Groom’s developed their products when they had no experience in the field. Unlike many companies, the founders do not make five-year plans. They manufacture products for which they demand from their customers and develop everything with their chemist’s help, about a year in advance, to remain relevant. “We listen to what our customers, both professionals and our community, tell us, not to mention the team’s feedback whether for greener products, etc. Mr. Blanchard added.

I was fortunate to start Groom Men Care in an industry with great potential, at a time when few men consumed personal care products. There was the cliché of we go to the simplest. More and more, the portrait is changing, and men have more pleasure in taking care of them. “If many people can denigrate beauty treatments, Mr. Blanchard adds hearing,” I like feeling good about myself, “I love that my wife finds me beautiful,” and “I appreciate feeling beautiful.” He adds that this phenomenon has been very present in women for several years, but it is still a discovery for men, and the needs are constantly evolving.

To observe Groom’s growth, it is a little against the tide that they sail in the sea of ​​beauty by not wanting to release products only for the pleasure of increasing their sales, something that we usually see a little too much in the industry, confided Mr. Blanchard to me. In addition to this aspect, he is very concerned about the environmental side. The company is also looking towards filling and containerless products to minimize the use of plastic. “One thing I watch a lot is buying carbon and plastic offsets by encouraging initiatives to remove plastic from the environment. You have to look at what is possible on the marketing side; it is more difficult to sell a 10 L of shampoo than a 10 L of dish soap.” With their artisanal and local manufacture, Mr. Blanchard calls Groom affordable luxury, a product that will be more expensive than the competition but superior in quality.

As the discussion continues, I ask Mr. Blanchard if his product line could ever come out of the bathroom we saw in the spring, their limited edition hand soap. A little exclusivity from the interview, this beloved soap will be released, in addition to hand cream, next spring.

The province of Quebec, the Canada and the world ?

The majority of Groom’s sales, whose name comes from the French word groom used in the hotel and restaurant industry to refer to a young employee, is still done in the province of Quebec. For the remaining of the sales, it’s the ROC (Rest of Canada), due to their name’s strength, which is very close to the word grooming, which involves getting ready for an outing. The cosmetic legislative aspect of different countries makes international development a bit more complex, but the company has a presence in a few select retailers worldwide. For the company, the potential of the Quebec market is enormous. Moreover, the fragrances of Groom men care products are reminiscent of the various forests of La Belle Province.

The Future of Groom Men Care 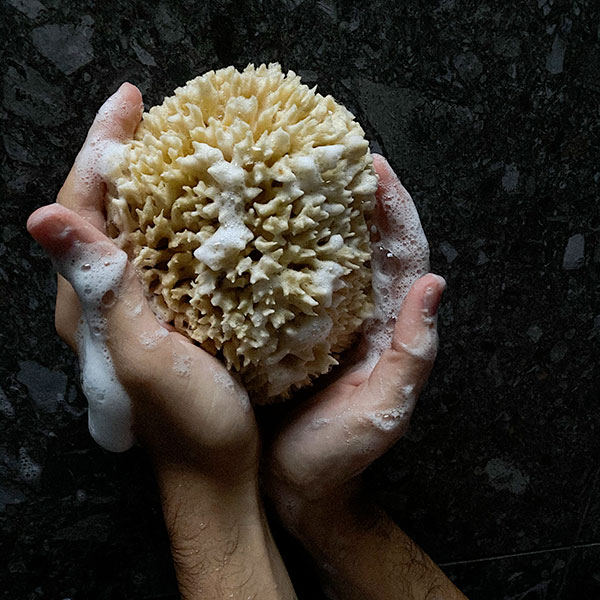 Mr. Blanchard sees his company grow as products become staples in today’s gentleman’s routine. They aim to become the best product, both in terms of care and environmental footprint. As for the future of grooming, the businessman talks about the phenomenon of man disinhibiting himself. “We take care of ourselves, we say to ourselves: I have dry lips, I am going to apply lip balm.” The same goes for the hands with the hand cream; I am no less a man because I have a comfort that I want to preserve. Furthermore, the phenomenon is unfolding quickly, especially for the youngest, with the varnish on the nails, like Jay Du Temple, which would have been unprecedented not even 5 years ago. The field of possibilities is becoming enormous; the sky is the limit. “

The Gentleman in 2021 according to 5 women

LEGO: More Than a Child’s Game