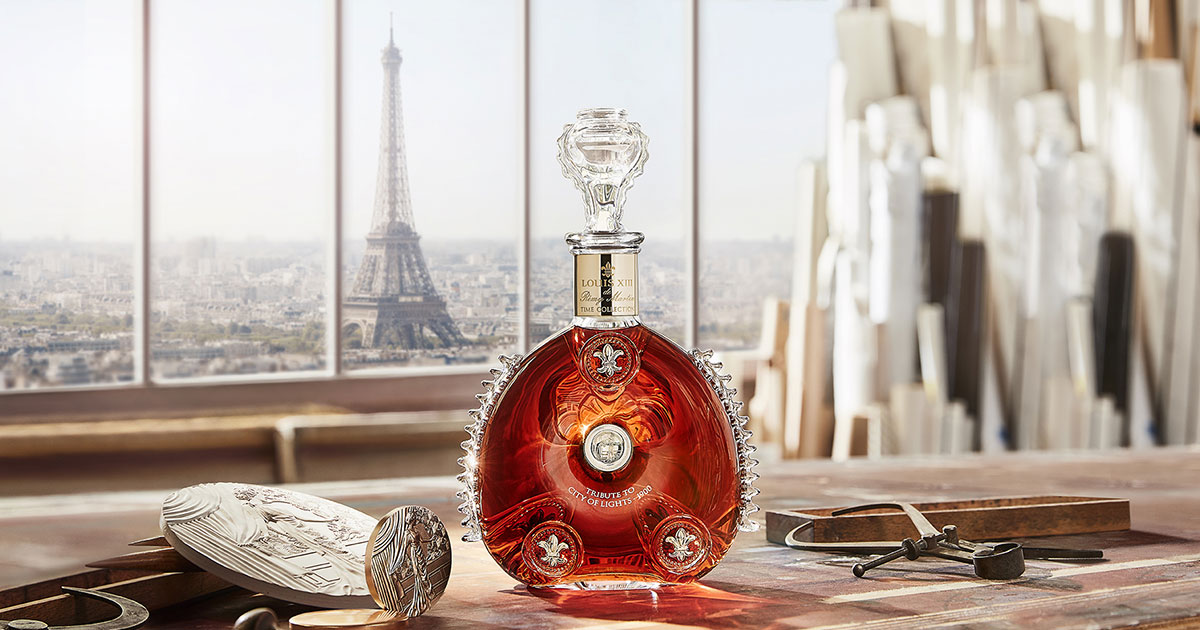 When we talk about cognac, we think of a fine spirit that can be enjoyed in a cocktail or by the glass in its purest version while accompanying it, among other things, with a cigar at an evening with friends. Having had the chance to taste Louis XIII a few years ago, I wanted to know more about this world. By talking to Tyler Fairfield, brand ambassador at Rémy Martin, I learned a little more about cognac and their different products, including the one I mentioned above, which is, for many, the quintessence of cognacs.

The Birth of Rémy Martin 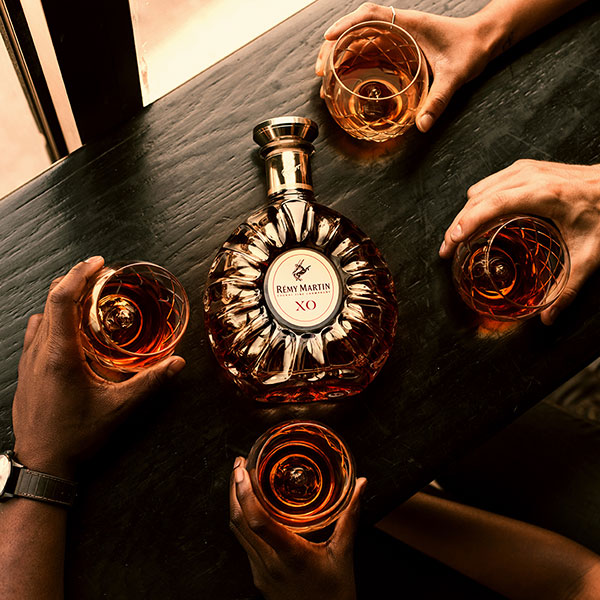 Let us start with what is in the bottle. This majestic liquid is a type of brandy made exclusively in the Cognac region of France, an area with a controlled designation of origin (AOC). The base of this nectar, at Rémy Martin, mainly consists of a grape renowned for its aromatic superiority, either Ugni Blanc or, if you prefer, Trebbiano, then come to Folle Blanche and Colombard as other varieties used.

This mixture of vines is then pressed, and the must is put to ferment. We will obtain a wine low in alcohol, acidic and cloudy, not very pleasant to drink. It is, therefore, the double distillation in a copper still and ageing in oak barrels for a minimum of two years, which will transform it into cognac, whose production know-how is listed in the heritage inventory—French intangible culture since 2020.

As for Rémy Martin, it was in 1724 that it all began. The young winegrower, barely 29 years old, founded the estate on the lands of the Charente. In this small French terroir, their emblematic cognac, Fine Champagne cognac, was born from a blend of products from two production regions, Grande and Petite Champagne. Note that a cognac must be composed of at least 50% Grande Champagne in order to be able to bear the appellation mentioned above. Mr. Fairfield explains that this territory’s choice is because of the perfect combination of climate and terrain. Indeed, the latter being very porous with much chalk allows the vines to offer a sublime result.

A single bottle of cognac can contain several hundred Eaux-de-vie, the latter coming from various winegrowers, distilled several years apart and aged in different barrels for varying periods. During a tasting evening of the famous Louis XIII, I also learned that the Cellar Master would never taste the final product he will create since more than a hundred years will pass between creating the product and the bottling of this exceptional nectar. 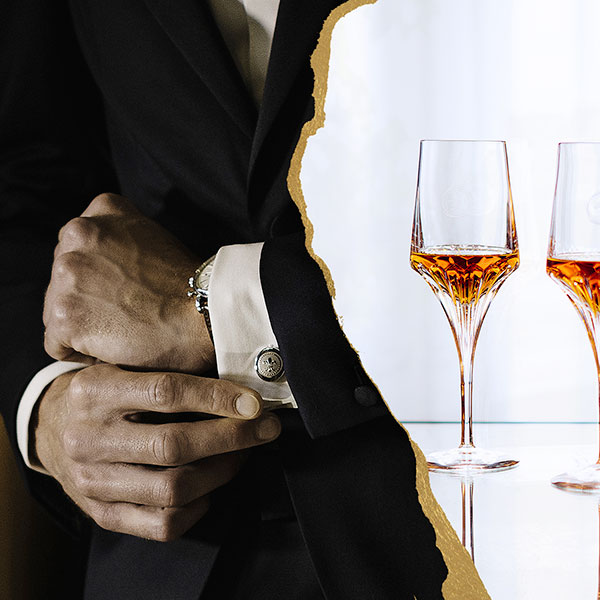 However, in 1738, the tide turned for the young company when King Louis XV granted Rémy Martin the rare privilege of planting new vines to recognize his cognacs’ excellence. Thus, it was in 1830 that the first Grande Champagne Rémy Martin cognac was born. The French brand’s evolution continued with Paul-Émile Rémy Martin’s arrival, who, in his efforts to market the House abroad, chose the Centaur as its emblem. Passionate about astronomy, he drew inspiration from his zodiac sign, Sagittarius, to create the company’s first logo in 1870.

The first Cellar Master, André Renaud, arrived at Rémy Martin in 1910. A new partner of the company designed the first VSOP (Very Superior Old Pale) in 1927 by blending Petite and Grande Champagne vintages. Champagne and propelled Rémy Martin to the highest peaks. A few years later, André Renaud’s son-in-law, André Hériard Dubreuil, takes the company’s reins and creates an innovative partnership with the winegrowers to guarantee the highest quality, today it is the Alliance Fine Champagne. The latter places his family at the center of the business, which to this day still has control of it. Women also have their place in Rémy Martin’s history, while Dominique Hériard Dubreuil, daughter of André (Editor’s note the son-in-law), joined the company in 1988 then managed it from 1998 to 2013. During this year, her brother François replaced her within the Rémy Cointreau consortium, formed by the latter. 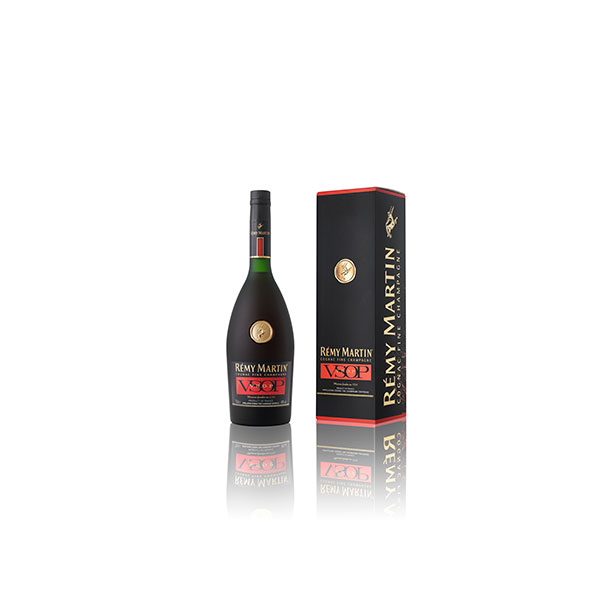 The VSOP, discussed above, is the result of a selection of a dozen handpicked spirits. Mr. Fairfield specifies that the most valuable blends are chosen for the group’s cognacs. He describes it as a refined and daring product bringing forth a harmony of powerful and, at the same time elegant aromas. Even if this is the entry-level at Rémy Martin, the fact remains that the VSOP is complex with notes of vanilla and apricot on the nose. In the mouth, we note more the presence of stone fruits such as cherry, mango and, once again, apricot, which offer a smooth body that does not burn when tasting. You can recognize it by its green-black bottle adorned with a red label. 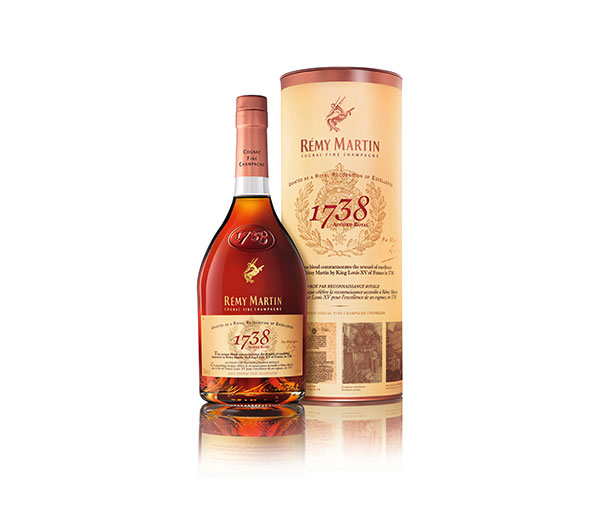 The Rémy Martin 1738 Accord Royal, for its part, is a thirst-quenching cognac rather than a tasting product for your evenings with friends, Mr. Fairfield told me. It is sweet and pleasant alcohol that will give pleasure to your guests during friendly meetings. “It is in a palace for lovers of American bourbons and whiskeys,” says Mr. Fairfield. He adds that we are more in toffee and very ripe fruit on the nose. The liquid is aged in a barrel that has been roasted but very slowly in order to develop the taste of the caramel and spices mentioned earlier. “In the mouth, the same aromas open up the flavours. It is a blend developed by the Cellar Masters, according to their preferences and not because of a certain age,” concludes Mr. Fairfield. 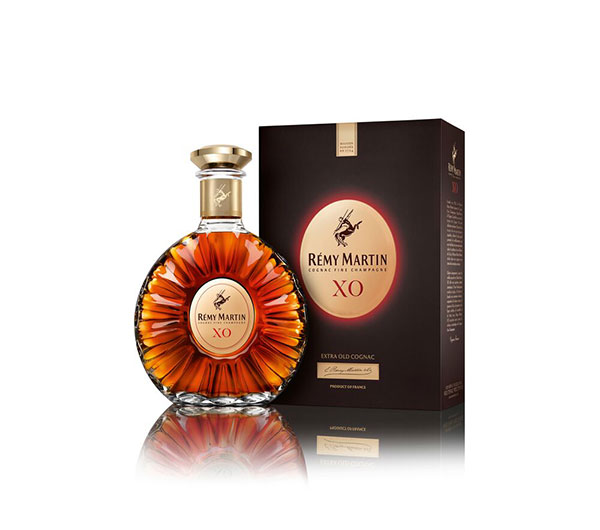 Created in 1981, X. O., which Mr. Fairfield describes as opulent and generous, is a cognac made from over 400 Eaux-de-vie. Each of these is chosen on the nose. It is an art and a profession that demands to be incredibly dedicated to one’s work. We find in this liquid, again according to the ambassador, a rich soul that invites celebration. Being among the best cognacs on the planet, we find in this liquid a presence in the mouth that stretches for hours. “On the nose, there are white flowers, which can also be found on the palate, and very ripe fruits make up the aroma. Added to this are notes of cinnamon, hazelnuts, cocoa, honey and even the pleasant little pinch of ginger which compliments either a chocolate dessert or a cigar”, adds the Rémy Martin professional. The latter confirms that this is the toasted barrel that gives the product its aroma and not the late harvest, like wine. 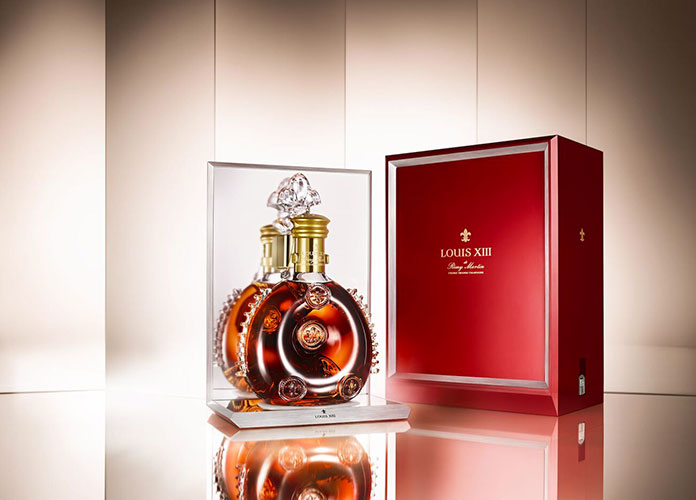 The Louis XIII. The quintessence. The quintessential elixir of the cognac world. Produced for the first time in 1874, for Rémy Martin’s 150th birthday, the latter is undoubted of a superior level. Maybe like me, you knew this cognac in the movie Cocktail, with Tom Cruise, where it was the prize of a personal competition between two bartenders. The product itself is exceptional, and I was lucky enough to have tasted it, as I mentioned in the introduction, a few years ago during a private party at the SAQ. “It is time that is the soul of Louis XIII; it is history and a personal investment of the Cellar Masters who will not even taste the final product that they will refine”, specifies the ambassador of Remy Martin.

The bottle, in Baccarat crystal, along with other handpicked manufacturers in recent years, is a replica of a flask found during archaeological excavations at the site of the Battle of Jarnac in 1569 and is made by no less than 11 craftsmen. Therefore, this cognac is distilled twice on lees, which brings a more profound presence, and by the same fact, results in much smaller batches but of exceptional quality. Its content is made exclusively from premium white Ugni grapes. Mr. Fairfield describes the Louis XIII as art in motion. In thirds, traditional barrels made of oak of rare nature come from the Limousin forests of the southwest of France to have this perfect ageing. That silhouette allows the cracks and the different pieces to touch, thus allowing a constant exchange of air and developing incredible flavours that the precious nectar obtains its sweetness and finesse that we know. 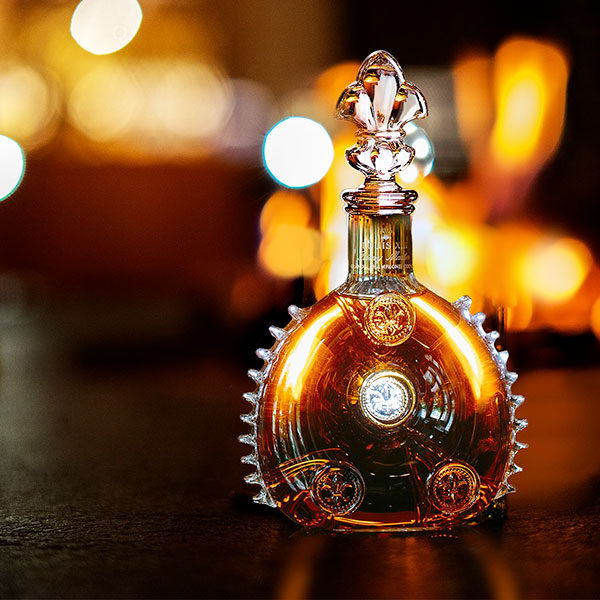 We can see that the global demand for cognac is constantly increasing, as shown by the 3.5% increase in volume in 2018, according to the National Interprofessional Bureau of Cognac. As a result, producers are looking for different solutions in order to be able to meet demand over the coming decades. Let us think of the exponential consumption in Asia. It will be necessary to make adjustments to adapt certain concepts and controls aimed at the protection of the product. Besides, we must not forget climate change, which is wreaking havoc in the world of spirits. In this regard, Mr. Fairfield told me that at Rémy Martin, there is a solid societal awareness on this issue. Indeed, the company produced and recorded a single copy of a song with artist Pharell on a 33 RPM clay disc and vaulted it for 100 years. The latter is located at sea level, and if it fills up, the record will disappear and sign that we have also failed in the fight against climate change. It is interesting to see, through this project, that the company is interested in the different aspects directly influencing its industry.

LOUIS XIII has partnered with the Monnaie de Paris and the Cristallerie Saint-Louis to create a limited-edition of 2000 numbered decanters: “TRIBUTE TO CITY OF LIGHTS – 1900”.  50 million people and 83,000 exhibitors have descended onto the capital in 1900, for The World Fair celebrating technical, industrial, technological, architectural and artistitic prowesses of that will shape the century to come. More than One century later, LOUIS XIII pays tribute to this historical event with the limited edition TIME COLLECTION   « TRIBUTE TO CITY OF LIGHTS – 1900 », a collaboration between three historic French Houses.