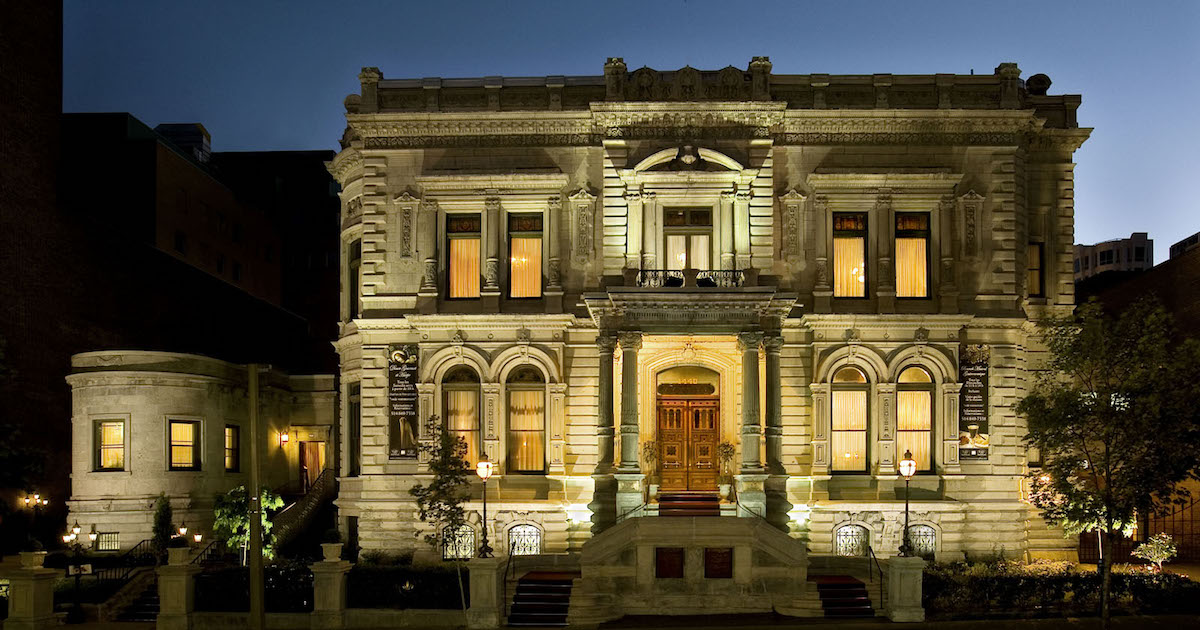 The opening of the long-awaited Le Mount Stephen Hotel, at 1440 Drummond Street, a new prestigious address in the heart of the Golden Square Mile in Montreal, was the opportunity to see a heritage site reborn in the heart of downtown, in an absolutely hotel exceptional harmonizing old style and modern comfort. 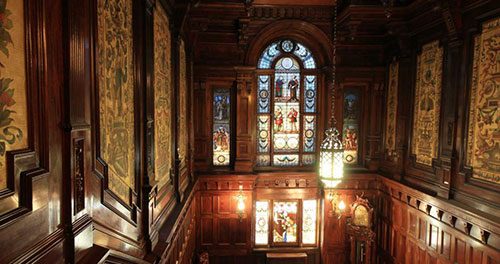 The George Stephen House was erected in 1880 by Baron Lord George Stephen, then President of the Bank of Montreal and Founding President of the Canadian Pacific Railway. Initially the residence of the wealthy man, it was later transformed into a private club where the Montreal and international elite met for over a century. Classified as a historic monument by the Government of Quebec and Canada’s national historic site, the house was acquired by the Tidan Real Estate and Hotel Group in 2006, which later sought to give it a new vocation. 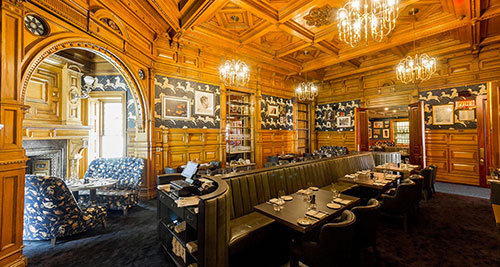 With an investment of more than 20 million dollars, entrusted to the architectural and design firms Lemay and Provencher-Roy. An 11-storey building was added to the back of the period house. This new wing wants to be integrated into the urban landscape, to allow the first glance at the classical elegance of the storefront. After several years of construction, the George Stephen House reopens as a high standard hotel and officially welcomes its first guests since May 2, 2017. 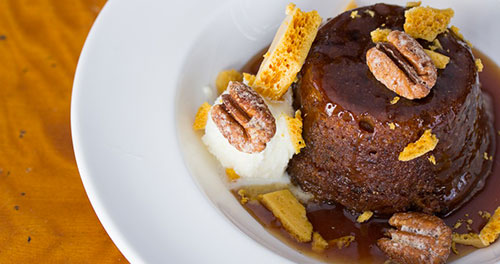 The clientele will first be satisfied with its location, close to the museums, boutiques and other major urban events that Montreal has to offer. Then, it will be completely charmed by passing the door of the original building, become the spectacular entrance hall of the hotel. 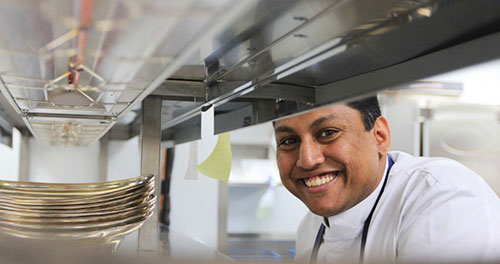 Up to the modern side

Mount Stephen Hotel has retained its exceptional heritage features that make it such a unique place. In the original Neo-Renaissance style, there are small private meeting and reception rooms full of character, in addition to the sublime Bar George and its food court. The pieces are all more beautiful than the others. Lovers of tapestries, moldings, period furniture and art will be impressed. And what about the grand staircase that astonishes as soon as the arrival! 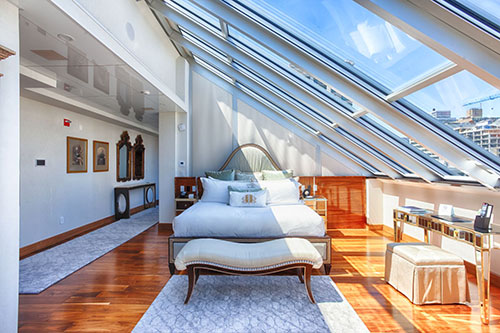 Crossing the new wing, a completely different experience awaits you. From the reception desk, although adorned with the coat of arms of the hotel, you will be imbued with modernity. The felted pieces of the first part give way instead to the clear and sparkling marble. 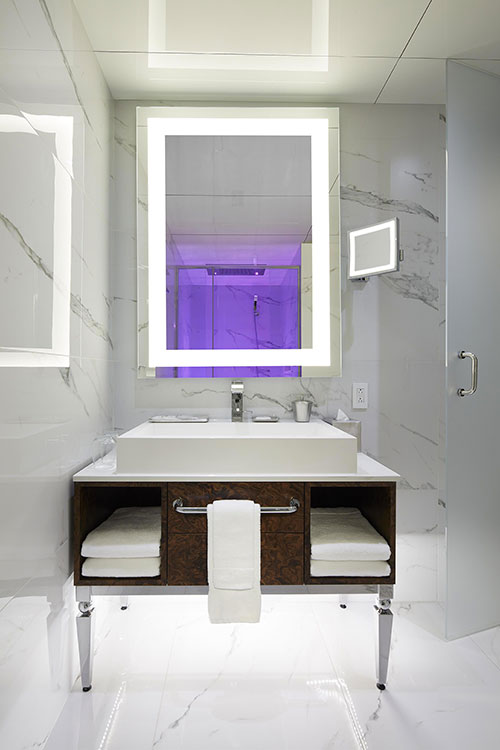 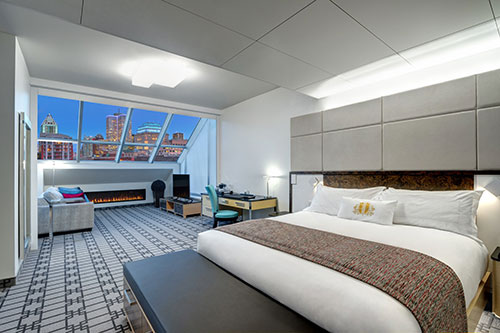 On the ground floor there are event spaces, including a large 5,000 sq. Ft. Ballroom, accommodating up to 400 guests, and a large 1800 sq. Ft. Meeting room. On the 10 other floors, a gym, spa and 90 units with contemporary comforts and state-of-the-art technology. In total, it’s 69 rooms – 16 suites – 4 lofts under the stars, on 2 floors, with angled glass roof – 1 royal suite of 5000 sq.ft. The latter, which occupies the entire top floor, and has a panoramic glass ceiling over its entire length. You can also find  multiple terraces. Note that all occupants have a view of the city and 9 units are equipped for disabled guests. 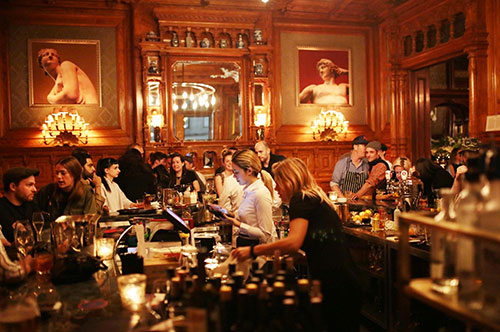 The establishment is aimed at a high-end business or leisure clientele and offers a personalized ‘lifestyle’ service. The Mount Stephen Hotel is also a member of the prestigious Leading Hotels of the World. Even if you do not have the wallet to spend the night, you should pass the front door to admire this jewel and go for a drink at the bar George, for the pleasure of your eyes! 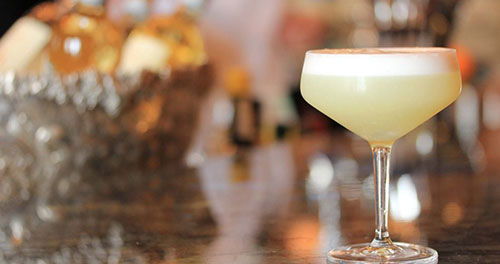 I leave you with an affirmation by Mr. Mike Yuval, co-founder of the Montreal company Tidan:

“Is it not conducive to the home of a man who played such a decisive role in the construction of the first passenger train connecting Canada from coast to coast, Today of travelers from all over the world? “

Le Mount Stephen Hotel is in The Montreal Luxury Journey

A text by Amélie Lapointe