Robert Mapplethorpe at MMFA: A fist in the face!

Fist, figuratively as literally (see for yourself) the exhibition FOCUS: PERFECTION, the Robert Mapplethorpe retrospective at Montreal Museum of Fine Arts, open to the public since September 10, is the only Canadian stop of the exhibition path. Previously presented in Los Angeles and to be presented in Sydney, Australia from October 28, 2017 to  February 4, 2018, is the first major retrospective of the artist in North America, and for the first time in Canada, since the great controversy of The Perfect Moment in United States in the 90’s . 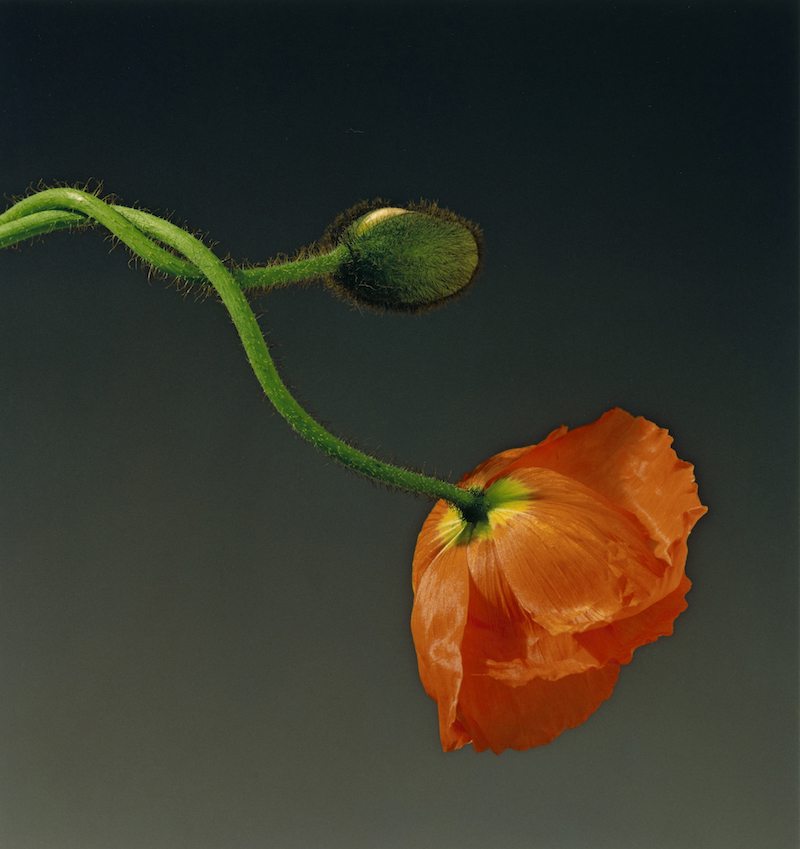 This is an exhibition that will you out of your comfort zone, you will see things that will certainly shock you, as Robert Mapplethorpe at the MMFA, is more than a show, that’s the life of the artist, this artist who died of AIDS in 1989. We frankly see the influence of sexuality in the work, the pursuit of perfection is also not necessarily the perfect body, but the perfect work. We’re seeing a work of genius behind all these pictures, pictures that have disturbed the religious environment in the 80’s and 90’s, as Mapplethorpe was fighting for freedom of expression, and this is something that we feel it did not impose any barrier, no taboo, even putting forward, especially homosexuality, racial tensions and violence, the taboos that still exist today, and we can observe that with everything that is happening south of the border. 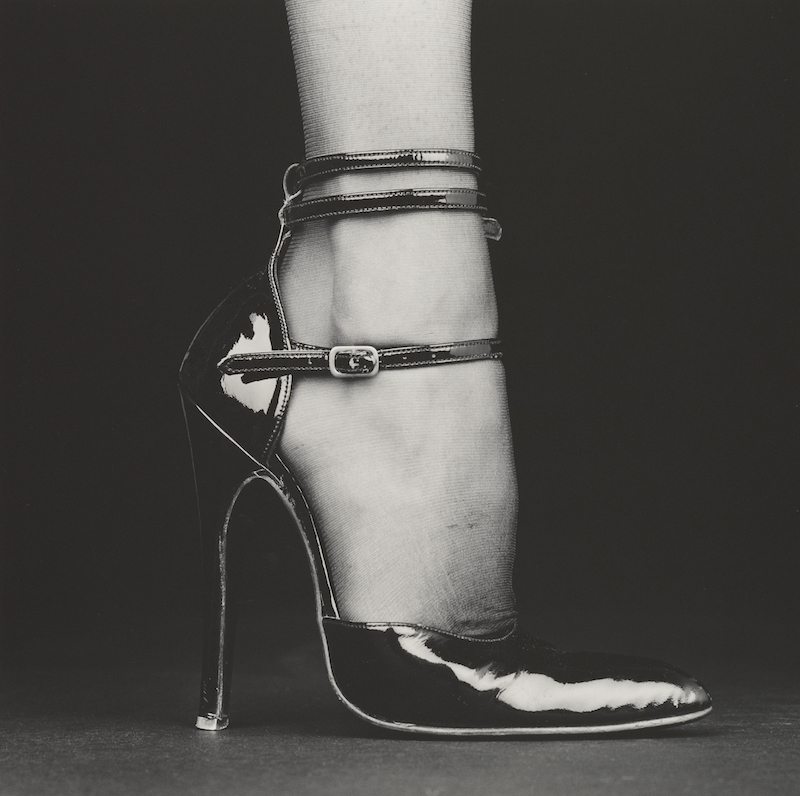 «I had long wanted to show the work of Robert Mapplethorpe in Canada when our loyal partners in Los Angeles, in possession of a fantastic collection through a very major donation, gave us the chance to do so. Not only have we been able to put together the two separate exhibitions mounted at the Los Angeles County Museum of Art (LACMA) and the Paul J. Getty Museum respectively, to create a presentation of unprecedented scope, but we have also called on the support of six Canadian lenders to strengthen our content, totalling nearly three hundred works and artifacts, at the MMFA. And, of course, there will be lots of music in accompaniment. » as Nathalie Bondil, Director and Chief Curator of the MMFA say it.

While traveling in this universe, it is easy to notice that disturbs, and it is perfect like that. In a time when we try to wash whiter than white, it is important to tilt in its conventions, in what is considered normal. We must change those perceptions. For example, we have only to think of the social networks that ban nudity, however, nudity is what we see first in our life, this is how we are born, the way we are when we make love, how we are when we wake up every morning, in short, there is nothing more natural. And shapes, there are many in this exhibition, masculine, feminine shapes, different people, in short, everyone can find his own. And that’s why you go love, love I say this exhibition, perhaps not you like some works that will shock you at first, by cons, these allow you to reflect on the process the artist and see further.

As more and more countries are sending artists into prison because they think differently, it is important that these works keep circulating everywhere, they are part of major exhibitions. Personally, I saw the show two times since it opened, and I would probably still see a few times before its end in January 2017 as it pushes my thinking, my artistic process, my openness to difference,in  short, educates me and confronts me with myself. It’s Alexandre Taillefer, who said in a conference my friends from alcove at Mural Festival, a contemporary work of art, to love, it often at first glance hate it, it is what will enable us subsequently to have a different vision of the latter and to appreciate it for what it really is, and that’s kind of what we can learn from this exhibition. 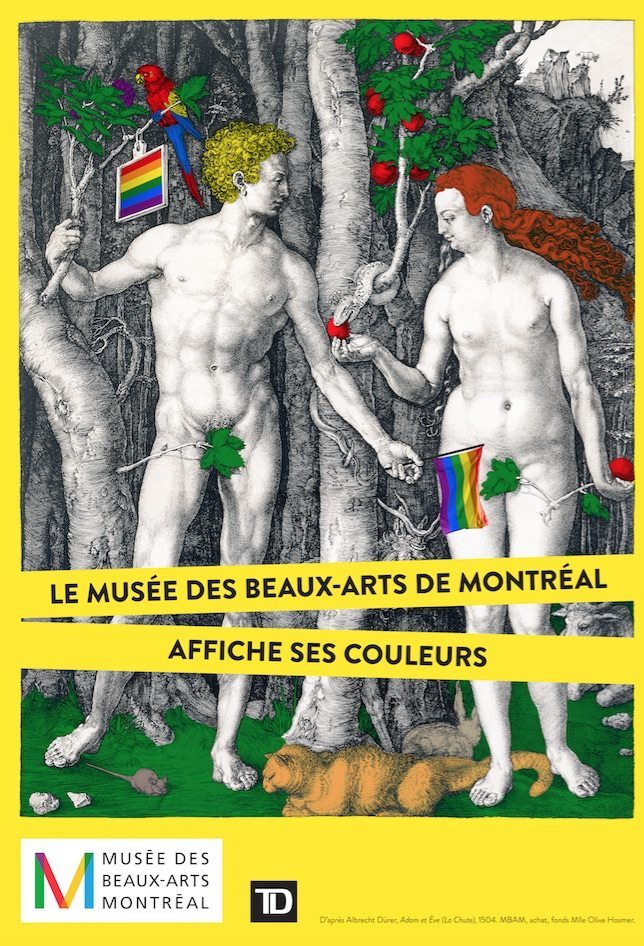 Simultaneously with the exhibition FOCUS: PERFECTION Robert Mapplethorpe at the MMFA, there is a unique celebration of diversity to celebrate the different sexual orientations and gender expressions – all solid colors.

Installed on the exterior walls of the exhibition The  Être /Aimer – Be / Loved Space related works from the collection of the Museum of testimonials LGBTQ communities and their allies, in a sometimes playful perspective, sometimes poetic but always inclusive and very touching. This space makes you  – teens and adults – want to reflect on the need of humans to be, to love and be loved, regardless of origin, sexual orientation and identity kind. Some of the texts are emotionally strong enough, they certainly provoke strong feelings among many, tears to joy.

The exhibition FOCUS: PERFECTION Robbert Mapplethorpe at the MMFA, presented by TD, runs until January 22, 2017 at Pavillon Michal and Renata Hornstein level 2. The entrance is through the Jean-Noël Desmarais Pavilion at 1380 rue Sherbrooke West. You can buy your tickets online.

Luminary Series: A Creation of The Dalmore and V&A Dundee