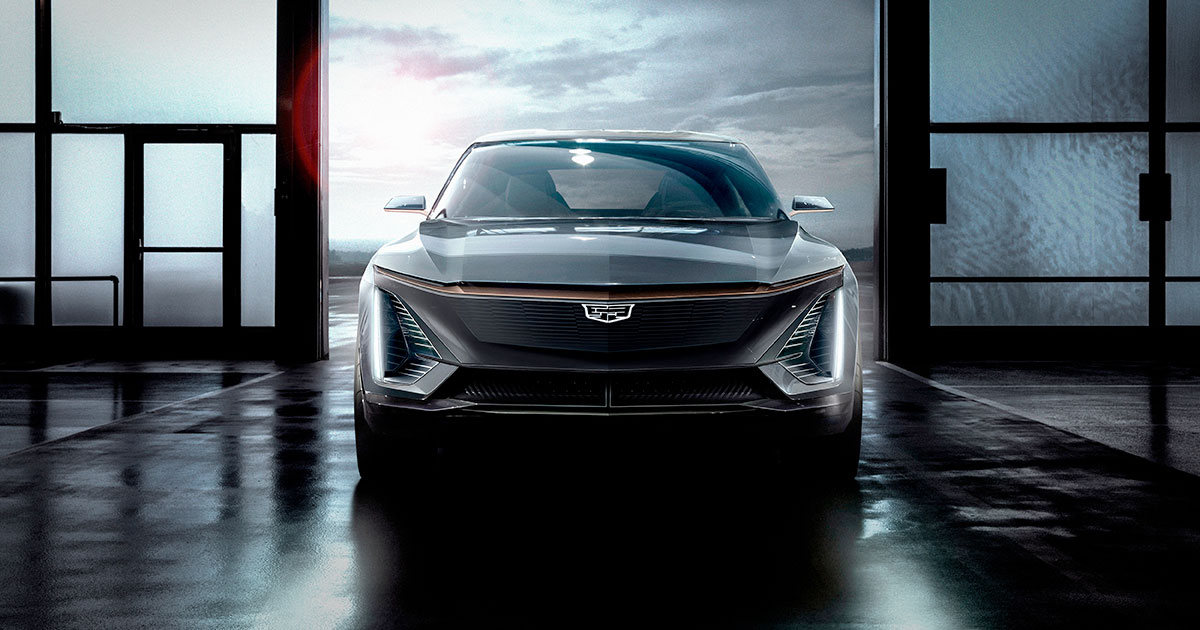 As I saw the announcement for the new Cadillac Lyriq, the 1st EV of Cadillac, which will be unveiled on August 6, I jump on the occasion to get an interview with Phil Dauchy—Global Head of Cadillac Brand Strategy, on the future of Cadillac, a brand that is switching to electric, a 12 billion dollar investment.

Cadillac: Heir to an electric pioneer 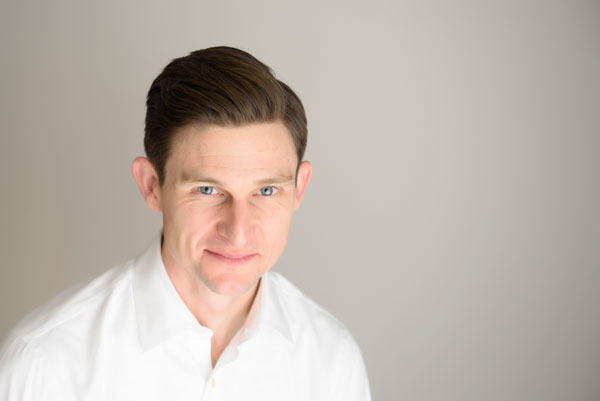 As you may know, General Motors, the company behind Cadillac, is really a leader in the electric, and Mr. Dauchy really confirm that: “In 1998, I was working in a startup, and I remember that my boss shows up with a EV1, it was really like you’re driving the future. It really revolutionize the automobile.”

According to Mr. Dauchy, Cadillac is known for its characteristic design, and he’s right, we always recognized a Cadillac on the road, and the models are evolving, they changed, in the design and in the technology. “Cadillac has always been about innovation. First electric starter, first night vision, first sunroof, first curved automotive glass, first OnStar connected service and I can continue for the next 10 minutes with that list.”

The evolution is just an extension of the Cadillac innovation story. A thing that we may not know about Cadillac, is they don’t compromise on sustainability, the earth, their consumer health, and the quality they want to deliver to their customer.

While looking on the web for luxury EV cars, not many electric vehicles on the market reflect the luxury side, yes there’s Tesla, but as you enter in a Tesla, it’s ugly, you don’t feel like a car you pay over $100,000, it’s like they just put a big screen with two seats. With that, I was wondering how Cadillac will bring its luxury to the new Lyriq, and the models to follow. “This car won’t look like any other cars in the interior, it will display a one curved 35-inch screen that will expand to the majority of the dashboard. Our designers are so focused on creative an intuitive partnership between man, machine and nature.

Transporting luxury in electric vehicles with the Cadillac Lyriq

As it will be the mid-size SUV, we can see that the place is there as Mercedes-Benz and BMW seem to not bringing their models to North America, the path is free for Cadillac to lead. Mr. Dauchy can’t say anything about the future vehicles that aren’t announced yet, but a full portfolio is on the way, maybe we can dream about a luxury version of the Bolt.

But whose Cadillac is targeting with the new Lyriq, they certainly want to retain their loyal buyers; actually, they won the loyalty award from IIHS over the years, so they absolutely want to retain them, but at the same time they want to grow their consumer base, from other competitors. They called this target for the Lyriq, The New Pioneers, “They’re a younger demographic, they’re wealthier than the average, it’s a 50/50 male-female split, highly educated, but the more important, is they want an electric vehicle and they want it now, they don’t want to sit back and wait.” According to Mr. Dauchy.

As for the Digital Key, that we speak earlier, Mr. Dauchy can’t confirm if we will find it, or other technologies such as the Apple CarPlay or Android auto in the Lyriq, but as a technology-focused company, they will certainly follow what’s coming and what can attract their future clientele.

Introducing a new car during a pandemic

As the Lyriq will be on sale in 2022, they have plenty of time to manage the time. But as they have offices across the globe, they can see what is happening through the other markets.

“For the launch, the game has changed rapidly, the first disruptor was really CES, where now products are released instead of Detroit, who was at the same period. They still want to get the story out, and wide. There is more entertainment into vehicle reveal now, it’s not just moving a curtain,” as Mr. Dauchy telling me. 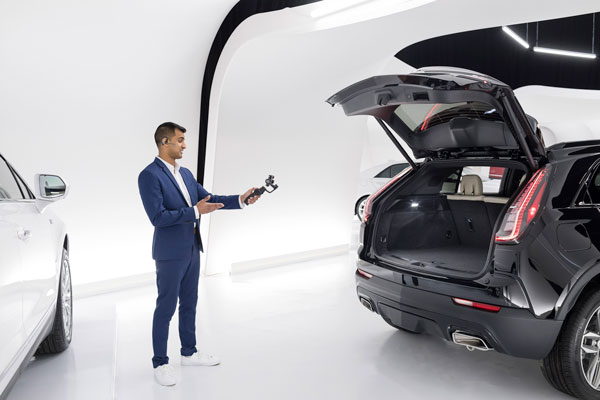 As we were speaking of the impact of the COVID in the automotive industry, I came back on a subject we talk in the Issue 3 of Gentologie, the Cadillac Live Digital Showroom, an industry first, was perfect for them during the pandemic as the future car buyers weren’t able to go to the dealership. “We’ve seen interest and traffic spike so much, almost double. But we need to switch to a different model because of that. Instead of being one-on-one, we had to move to one-to-many live experience. It was a small group of individuals that can ask questions to the hosts.”

Electric, but more, a new language is born with the Cadillac Lyriq

The range of the car, the range anxiety, the charging capacities are certainly the most important aspects of the electric car that Cadillac, and its focus on technology and innovation, want to solve. But also, in a luxury segment. It’s all about the emotion for the high-end buyers, the price is not a factor. The exterior and interior styling is essential with finer materials, the safety features need to be at the best. And the first thing is advanced technology.

As Cadillac is a brand that attracts a mature audience and the electric is more attractive to a younger one, they want to target this new generation of drivers that can make the switch to Cadillac. The electric generation is intended to be younger than the luxury vehicles average.

On a last note Mr. Dauchy invite you to the launch of the Lyriq on August 6 for 3 reasons: “First, Cadillac new design language will be introduced; now it’s art & science, on August 6, this will be a whole new look, for the second, if you want to hear about Cadillac industry-leading technologies, and lastly, the cool-entertainment factor, not the cold pulling a curtain of the car, but a whole different story, an opportunity for the brand to show its creativity

The Cadillac Lyriq on a pan-Canadian tour