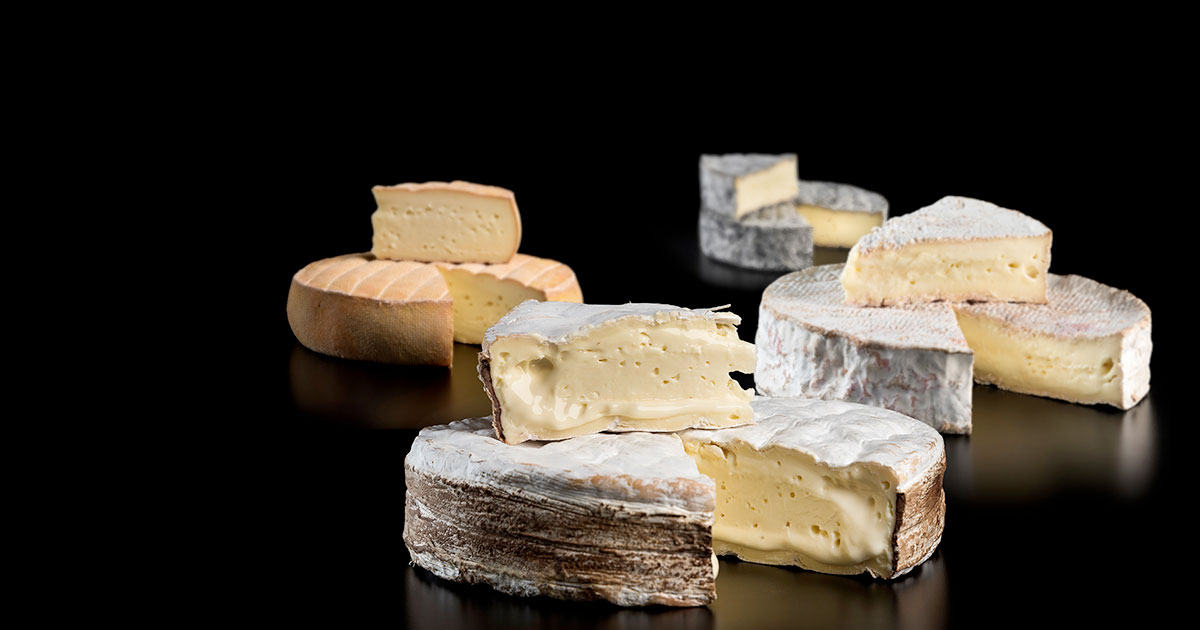 The Fromagerie de l’Isle, a cooperative specializing in high-end artisanal products, has just launched two new cheeses, including the second of the series with artist Marc Séguin, I spoke with Daniel Leduc, the director of the company based on L’Isle—aux-Grues, at 1 hour 30 minutes by car east of Quebec City.

Mr. Leduc told me from the start that if we began a conversation about the origin of the island and the cheese factory, we could talk about it for hours. They changed their positioning to focus only on the manufacture of high-end and more elaborate artisanal fine cheeses. 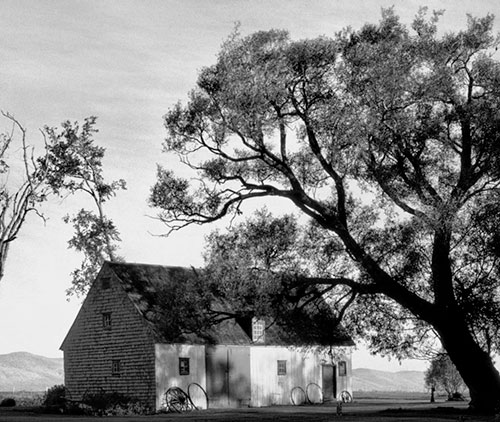 More precisely, those based on unpasteurized milk are always craftily prepared, including their aged cheddar, the oldest in Quebec, developed since the 1900s, and one of the last to be done manually.

However, this market remains saturated and unprofitable given the growing number of industrial players. It’s for this reason that they headed for fine products, and they received a wonderful welcome, said Mr. Leduc. Since this repositioning, almost two years ago, at the end of 2018, their sales have more than doubled, despite the constraints of milk supply. The latter only comes from the archipelago, and must constantly be transformed, 365 days a year.

Artists in the Fromagerie de l’Isle 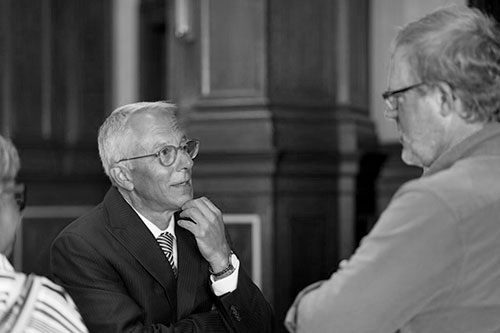 Let’s come back to collaboration with artists. While many already know Le Riopelle de l’Isle very well, born out of a tribute to the painter Jean-Paul Riopelle, a famous resident of Isle, the collaboration is beginning to spread to others.

It represents a modest introduction to come to Marc Séguin, inheritance and pupil of Jean-Paul Riopelle and resident of L’Isle-aux-Grues. Mr. Leduc told me that this relationship with Marc Séguin illustrates a friendship that developed in a context of island sustainability. He’s in the islander community for over 20 years, and is now a landowner with a residence and a hiding cache that serves as his creative studio. It’s the same bond of concern that Mr. Riopelle had, and that Mr. Séguin also has regarding the future of Isle.

Unfortunately, we observe that the population remains in real decline, with only 95 inhabitants, including workers of the cooperative. Compared to 850 at the end of the 1800s, this represents a never-ending decrease. At the inauguration of this more than 100-year-old institution, you can count 14 dairy producers, whereas today, only 3 are still on the island. 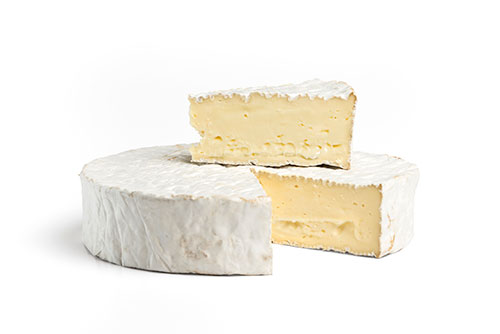 The Riopelle de l’Isle cheese now benefits the entire island community through the Riopelle-Vachon foundation, to which a portion of Riopelle de l’Isle sales is donated. The latter’s mandate is to contribute to the protection of ecosystems and biological diversity in the natural environment, to support financially educational projects for the public on the ecosystem of L’Isle-aux-Grues. The scholarship is awarded to the children of Isle in their post-secondary studies. For the past 20 years, dozens of Gruois students and the community have benefited from these funds. 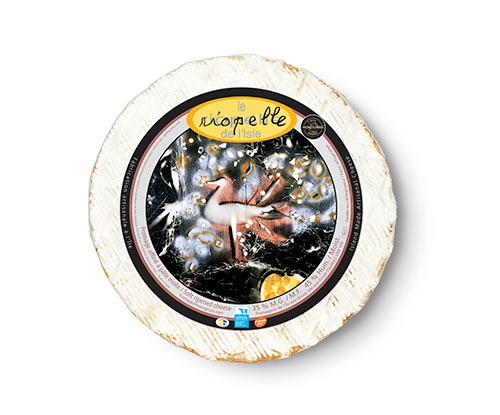 It was through the discussions he had with Mr. Séguin that Mr. Leduc recognized that they enjoyed similar interests in the longevity of the archipelago. More, they have passion for the island agriculture and dairy farming, but while keeping this presence of the arts in the community in the long term. They worked yes, on cheeses, but they also set up, in 2019, the annual scholarship “Les Arts de l’Isle.” This aims to encourage an organization or an artist to continue to persevere, by offering creative internships at L’Isle-aux-Grues. This project was put in place with the revenues of the first product in honor of the painter and writer, La Bête à Séguin. 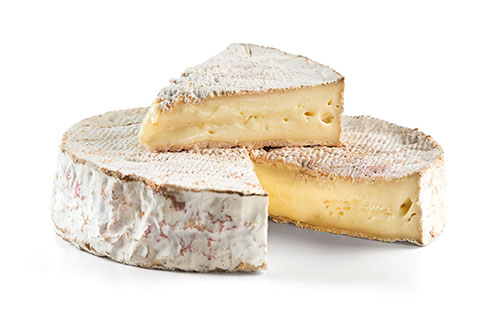 The latter was introduced in September 2018. “It’s a cheese with an animal character very present, we particularly smell the scents of the stable, it remains strong, spicy, and which quickly conquered the market,” add M. Leduc 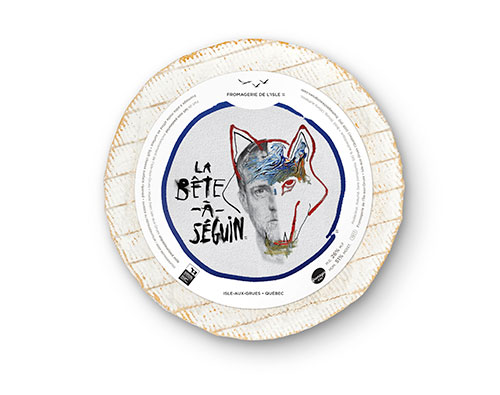 As the idea for the scholarship began to materialize, it wasn’t on one, but on a series of cheeses that this partnership become a reality. “As what I presented to Marc had a more animal side, his big question remained: ‘It may be good if, in the years to come, we could create a product as different, but on the more vegetable side,’ it then we brought out the odors of hay from flats, grasses, etc. The taste of cream persists with the presence of herbs.

This is how the second cheese, Angelique-à-Marc, was born. It’s a soft dough with a floral rind wrapped in wood. “ 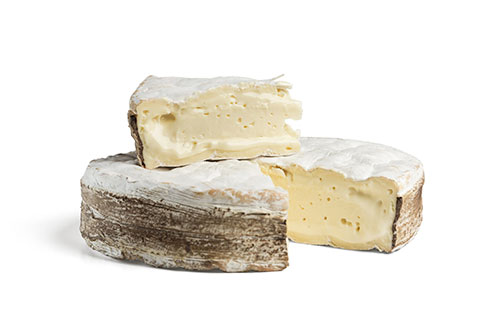 If you wonder about the name of this second cheese, it comes from a native plant, Angelica, which is found just outside Mr. Séguin’s house. “It has been growing in the Isle-aux-Grues Archipelago for over 300 years, it’s a plant with a magnificent floral character, and he created an illustration to its way” to specify Mr. Leduc. It was at the beginning of 2019 that the development of this new fine product started, which has been on the market since summer 2020. 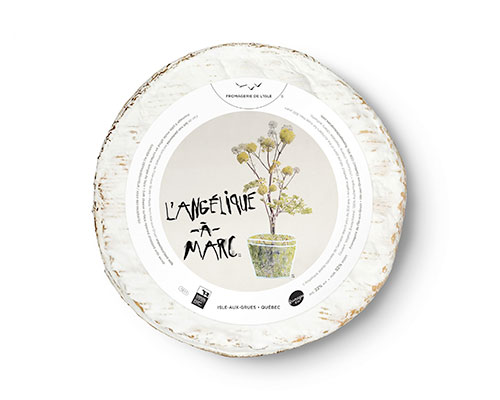 Please note that the company uses only milk manufactured on the Island and not pasteurized. According to Canadian regulations, it takes at least 60 days from the date of fabrication to begin marketing them. Then, for the aging period, it’s another 30 days. The number of trials at three-month intervals should be reduced if they want to get the fruit of their labor out quickly. 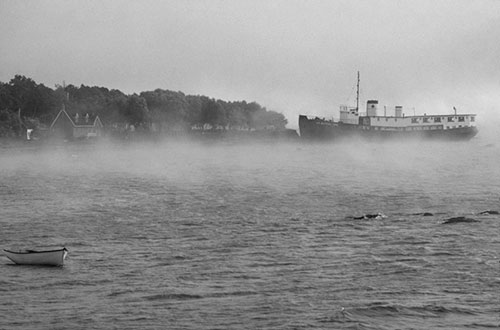 “We work with a good knowledge of the cheese ferments that react best with the types of milk we have. It should be added that in the past three years, they have received the services of a person to transmit this knowledge. They therefore teamed up with a European expert to complete the training of their master cheese maker, Véronique Roy, an island-born, who learned his trade from this specialist who was mentioned earlier. It’s thanks to its knowledge and passion that Angelique-à-Marc was developed. 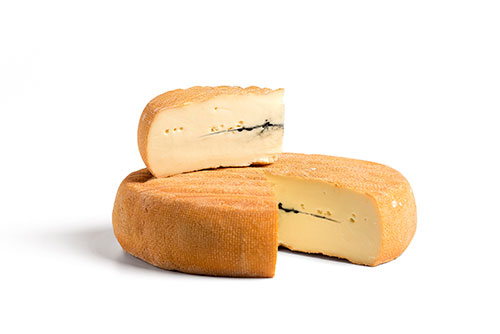 Now for the second new product, Macpherson de l’Isle, a semi-soft cheese with a washed rind and an ash rind in it, which can be stored for an extended period of time. Speaking of longer, let’s start with its story. It’s a tribute to this noble family of the Lordship of Isle-aux-Grues. The son of a Scot and an immigrant from the United States of America, Sir Daniel MacPherson acquired the estate in 1802.

With the loss of his daughter Julia Ann in 1828, he became responsible for 3 of the 11 children of the latter, including James, who was only 3 years old at that time. Julia Ann’s husband Benjamin LeMoine was experiencing setbacks and accepted help from the grandfather. Wanting to pay tribute to him for his kindness towards him during his youth, he added the surname MacPherson to his name, James MacPherson LeMoine, at his death. 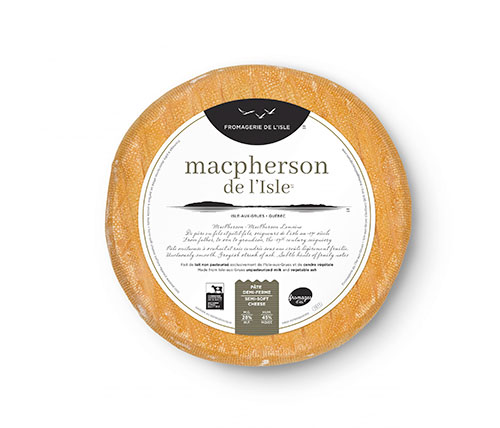 During his career, he distinguished himself by a resolutely humanist character from an environment where French and English Canadians coexist without friction and without antagonism on the religious plane or on that of political visions. Historian at heart, disputes don’t interest him. He seeks consensus and cohesion.

The seigniorial domain of L’Isle-aux-Grues, a complex composed of a manor dating from 1769 and outbuildings of the 19th century, remains a heritage and archaeological site at the south-eastern tip of the island. It, bearing the name MacPherson, is now inhabited by the wife of the late Jean-Paul Riopelle, painter.

Even if it’s a semi-softW cheese, it shares the characteristics of the products made by the company, which reveal smoothness in the mouth, a melting sensation, no matter the dough, said Mr. Leduc. Its washed rind confers it a fruity taste, predominantly that of peach. The latter has the particularity, when it’s removed from the mold, of being cut in half to deposit a light line of vegetable ash. This will confer it a little fruity taste, and which symbolizes the concept of harmonious cohabitation of the two nations.

Do you want to buy these products? Visit your cheese shops in Quebec, Ontario and the Maritimes or on the website of the Fromagerie and many locals cheese boutiques.