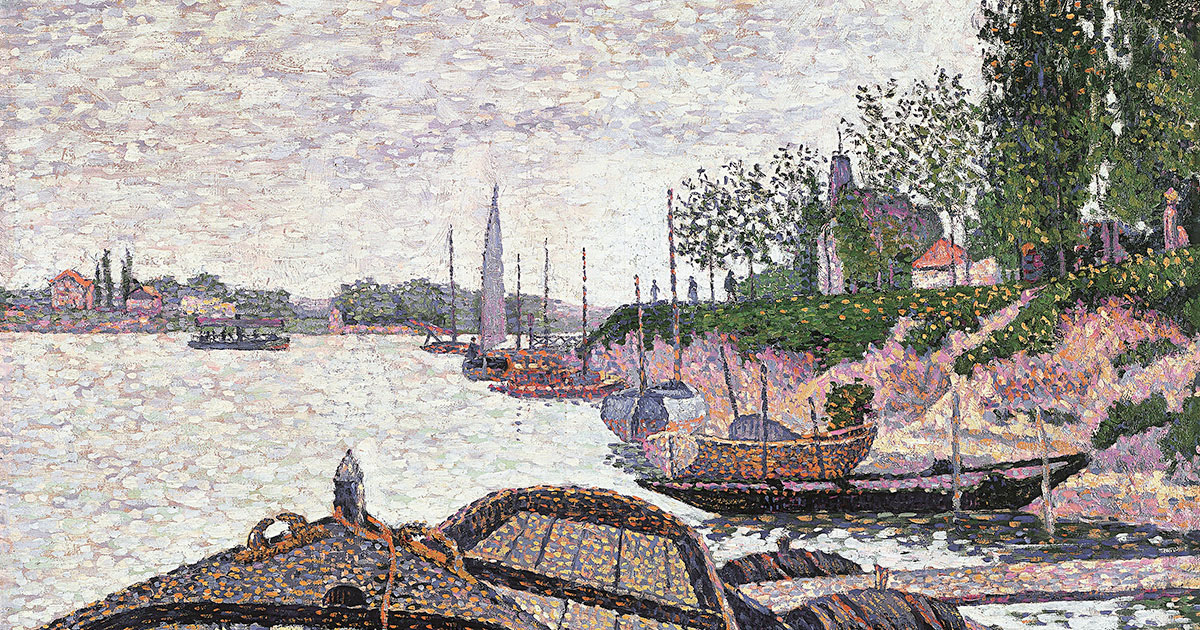 This is a gigantic exhibition that the Montreal Museum of Fine Arts has been presenting since July 4 with “Paris in the Days of Post-Impressionism: Signac and the Indépendants”. More than 500 works from an exceptional private collection make up this Canadian premiere. You will be able to observe it in the Jean-Noël Desmarais Pavilion until November 15, 2020. A great way to se Paris again at the MMFA, while you wait to see it in real life.

See Paris again at MMFA avec Signac and the Indépendants 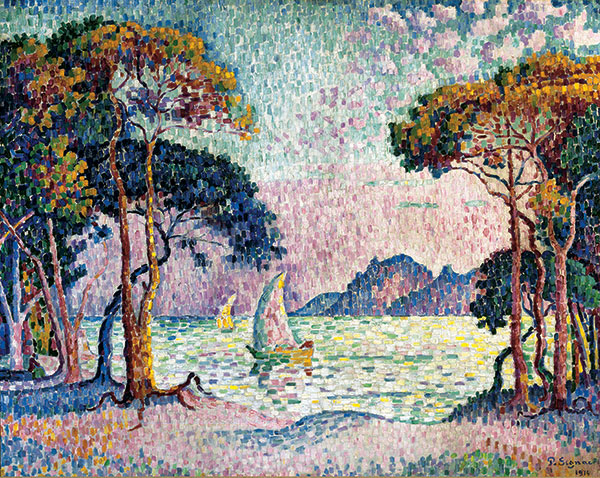 The travel restrictions finding numerous during this period, I went to discover Paris in my own city. You will find France in full artistic turmoil at the turn of the 20th century, you will discover the largest selection of works by Paul Signac, you will see a grandiose collection of paintings and graphic works by Signac and avant-garde artists: Impressionists (Degas, Monet,Morisot, Pissarro), Fauves (Dufy, Friesz, Marquet, Vlaminck), Symbolists (Gauguin, Redon), Nabis (Bonnard, Denis, Lacombe, Sérusier, Ranson, Vallotton), observers of life in Paris (Anquetin, Ibels, Steinlen, Toulouse-Lautrec), Cubists (Picasso, Braque), Expressionists (Feininger, Heckel), and above all, the Neo-Impressionists (Angrand, Cross, Hayet, Lemmen, Luce, Seurat, Van Rysselberghe).

At the heart of this retrospective, you will be taken to see the social and pictorial issues of the time from a different perspective and the reasons which, at the end of the 19th century, prompted a group of artists led by Signac to create the Salon des Indépendants, defending the idea of ​​an exhibition where there would be “neither jury, nor reward.”

We notice in “Paris at the time of post-impressionism” the explosion of colors, the light which is released, as if in the darkness of the political climate approaching the First War, the painters wanted to bring out the beautiful. Inspired by the chromatic theories of Charles Henry, Ogden Rood and Michel-Eugène Chevreul, he applied pure colour to the canvas in tightly placed dots, such that the form would emerge from the optical blending in the viewer’s eye. With his “divisionist” technique, he sought to create total art somewhere between the paradise lost of the golden age and social utopia. Signac championed positivist painting, which promoted technical and political modernity. The new pointillist style of his “Neo” peers spread quickly from Paris to Brussels, glorifying the better days to come.

As the anonymous collector puts it, “Following the success of the exhibition Toulouse-Lautrec Illustrates the Belle Époque (June 16—October 30, 2016), in which I was closely involved, we decided to present the largest selection of art ever shown from my collection.” To this end, you will find several pieces paying homage to this exhibition which adorned the walls of the Montreal Museum of Fine Arts 4 years ago. For me, it’s my youth that is brought back to this specific part with the poster Ambassdeurs (Aristide Bruant dans son cabaret) by Henri Toulouse-Lautrec precisely. A family friend had it in his home, and this painting has always fascinated me. Like what art influences our memory until years later.

The beginning of the presence of women in art

The beginning of the presence of women in art is particularly felt in this exhibition, with among others, Berthe Morissot, one of the few who was accepted into the circle of the Impressionists. Notwithstanding certain difficulties, it’s thanks to pioneers like Morissot that the latter were able to take their place despite misogynistic comments from some of the greatest. 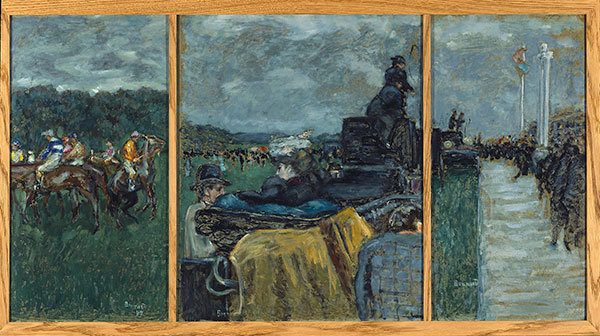 Admiring a slightly darker corridor reserved for Picasso is also part of the treasures of this rediscovery of Paris, you can almost miss it as it’s a more cramped and less highlighted place, but the works appear like the jewel behind. What to say about the evolution of the Vallotton collection from black and white to color, it’s beautiful. Or even, at the work “Les Courses à Longchamp” by Pierre Bonnard, who immediately thinks of the emblematic French leather goods company whose name comes from the ParisLongchamp racecourse, or in my specific case, of a bag belonging to my mother.

These find only brief examples and attempting to describe such an exhibition to you in words appears almost futile, it remains so immense, and the accompanying audio guide, available on the Museum’s digital application, is an exquisite complement of information. I could also tell you about music like Debussy’s, which suddenly transported me to the film Ocean’s 11, bringing back so many memories for me.

The taste to travel again 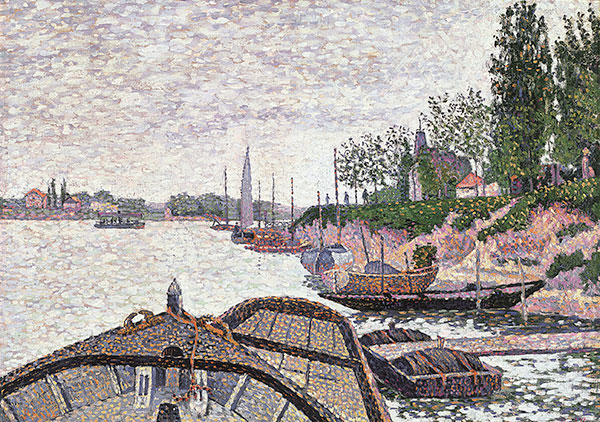 The mere sight of some of the paintings made me want to travel, even more in these times of the pandemic, to discover the world, to go on an adventure, to ask myself, to take the time to explore, to know places and people. It was two hours of my time that I quickly devoted to this exhibition to tell you about it, but I would have could easily take four or five, just to examine everything in a precise and meticulous way. I promise to go back there by mid-November when several attractions will certainly still remain in slow motion, a great way to see Paris again at MMFA. And when you will be ready to travel to the city of lights,the suggestions of our collaborator Grégory Faye await you.

Originally published in Gentologie magazine Issue 5 and adapted for the web.

Discover others articles from our Artistry section