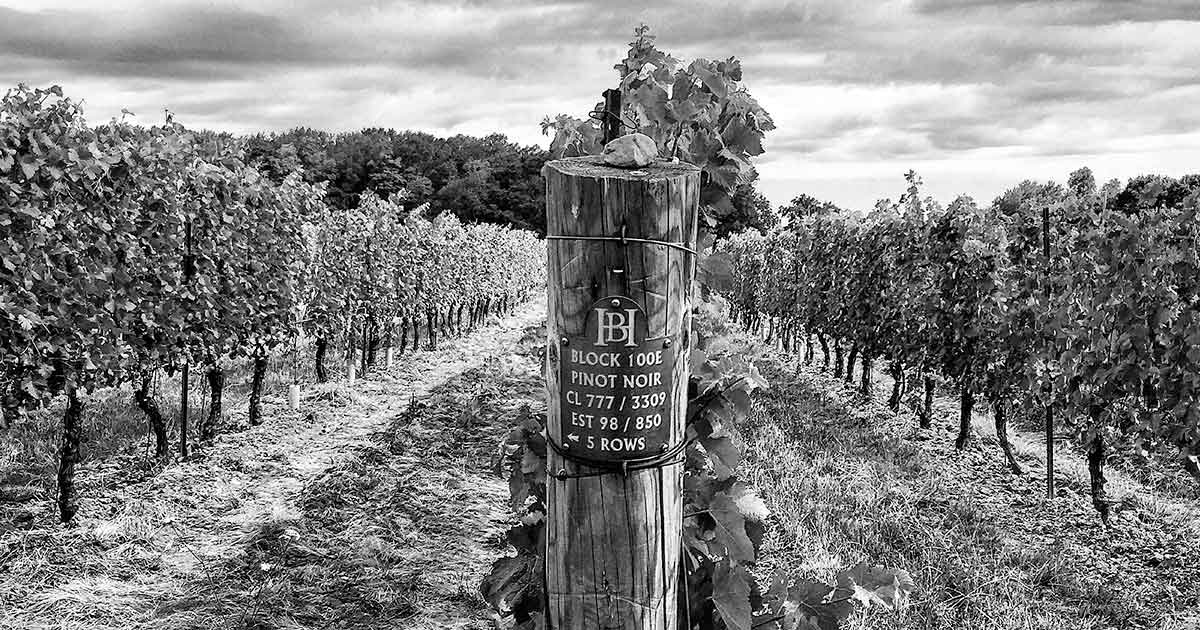 While we increasingly wish to contribute to the homegrown economy by supporting local wine and alcohol producers, one question remains in my mind when I believe of all these people who want to encourage us to drink locally: But what does “Drink Local” mean in the end?

To help us better understand and sort out all of this, here is what some experts think of the issue.

Drink Local: A reflexion before the questions 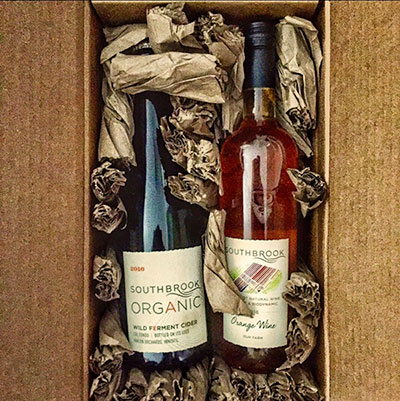 The Wines of Southbrook in the Niagara Valley
Credit: Normand Boulanger for Gentologie

This issue requires thought, as much for the drink as for the food, however, let’s now look at the different alcoholic beverages. This question came to me a long time ago, but it’s the right timing to write about it.

Let me explain. In the early 2000s, during a visit to Ontario, I noticed that Ontario wines were straight on the doorstep, showing their pride. When I returned to Quebec, I wondered why this wasn’t the case for an Ontario wine (note that Quebec wines at that moment weren’t what they’re today), which is for me, a local product, a Canadian product, which encourages the economy of the country.

So the big question: Is a product that comes from another province considered a local product, or does the local really reside for products from one province. It seems simple to answer this question at first glance, but for a person who lives in Montréal for example, the gin of the Société Secrète, located in Gaspésie, is in many kilometers, much further than those from Tawse or Dillon’s (990 km vs 650 km), situated in the Niagara Valley, Ontario.

What is a local alcool?

I imagine that majority would say that local alcohol is produced in Quebec, but it’s nowhere near that simple. As the majority of alcohols have, in their composition, a NGS (Neutral grain spirit)) from Ontario. Some people may fall out of their chairs reading this. And I ask you the question again: what is «Drink Local» for you? Does the alcohol still stay local at this point?

Let’s take a look at the new SAQ classification for Quebec products. It’s even difficult to navigate. “Origine Québec” products represent, according to the SAQ, proudly crafted by local artisans with homegrown ingredients.. But we find orange in some products… But there is also “Made in Quebec,” which is summed up, again according to the SAQ, in a product Proudly developed or distilled by passionate locals, with ingredients from here and elsewhere. So in theory the orange used in the products above means that those products should end up here, right. And for the third category, it is “Bottled in Quebec.” I have a hard time grasping the local side in it, even if it helps the economy.

In order to get a better idea, I asked some professionals in the field of wines & spirits to help me better understand, and also to get their opinion on whether it’s clearer. 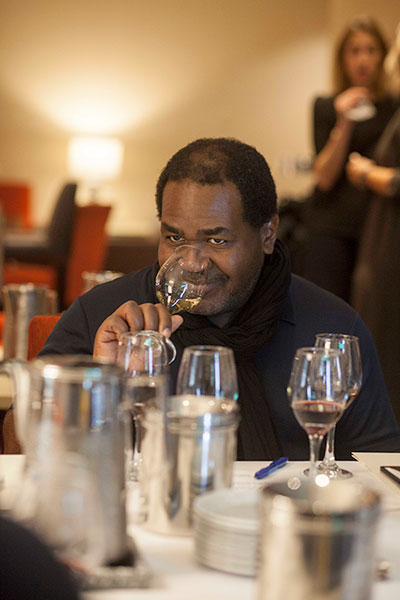 Let’s start with Mr. Ronald Georges, author of “Rouge sur blanc, à la découverte des vins et spiritueux du Québec“, for whom the expression “Drink Local” concerns Quebec only. He tells us that the Quebec terroir is certainly distinct, otherwise the same grape would be planted in Canada, while Gamay and Cabernet Franc are abundant in Ontario, and the very acidic varieties used in sparkling wine are popular in Nova Scotia, for example

According to him: “the terroir is also the identity, the know-how, the personality of the winemaker. He believes that a Quebecer doesn’t have the identical culture as a British Columbian. ” He adds, “Yes, Ontario’s vineyards are closer to southern Quebec, but the history of this terroir is very different from that of Quebec. And the language remains a strong identity anchor. He concludes by telling us that if we drink Canadian wine (i.e., from the rest of Canada i.e., from Ontario, British Columbia and Nova Scotia), why not use the expression “Drink National ” in this case? ” 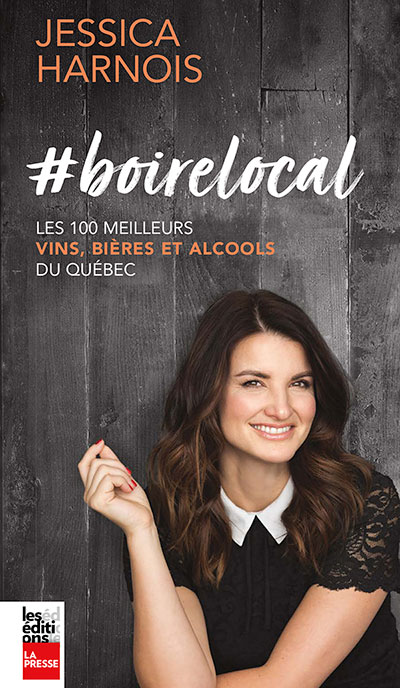 Continuing with Ms. Jessica Harnois, the latter frequently uses the hashtag #boirelocal (#drinklocal in English), which is also the title of her most recent book.For her, the expression means discovering the wines, beers and spirits of Quebec in harmony with fine products such as our cheeses, jams and sausages. In short: drink our products which are made here at Quebec!

For Ms. Harnois, “Boire Local” Canada is also applicable. “We like bubbles from the east like Benjamin Bridge in Nova Scotia, rosés from Quebec, Chardonnay, Pinot and ice wine from Ontario, rye from Saskatchewan and Bordeaux-style reds from British Columbia not to mention the delicious microbrewery beers and all the other spirits across the country winning international awards. ”

For her, it’s important to add the notion of National or Provincial “Drink Local ” according to our definition. We already feel a trend between our two authors. It remains to be seen if this continues. 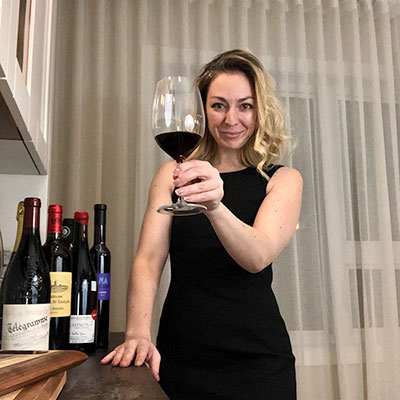 Still in the wine world, I asked for the opinion of a second sommelier, Ms. Gabrielle Boland, for whom the word local has several definitions: for her, it’s above all: “an environmental choice to reduce the footprint ecological by limiting transport, but it goes beyond the number of kilometers traveled… It’s a place, but it’s also the support of the economy and our local producers. “We’re already elsewhere in the latter’s concerns, the aspect of preserving our ecosystem is very present in its interpretation, which we didn’t find in our two authors.

For Ms. Boland, “Drink Local” means drinking Quebec. “Even if Quebec alone, and especially when it comes to wine, offers a fairly limited selection … it has its own identity that is distinct from that of other Canadian provinces. Our climate, our cultural background is different and the products that emerge from it are different. “Drink Local” in California is drinking Californian wines, not American or Oregon; in Alsace, it’s drinking Alsatian wines. ”

For her, who is a sommelier in a high-end restaurant in Montréal, “It goes without saying that it’s an added value to offer on a menu or a menu products from other Canadian provinces, and it’s in a way an extension to the local Quebec side. We may even force the amplitude of the notion of “local” to better meet the needs of our customers. If we add the food portion, when it comes to local products, we’re talking about Quebec products. “

What about specialists in the world of spirits?

For Charles Boissonneau, Drink Local is a word to avoid 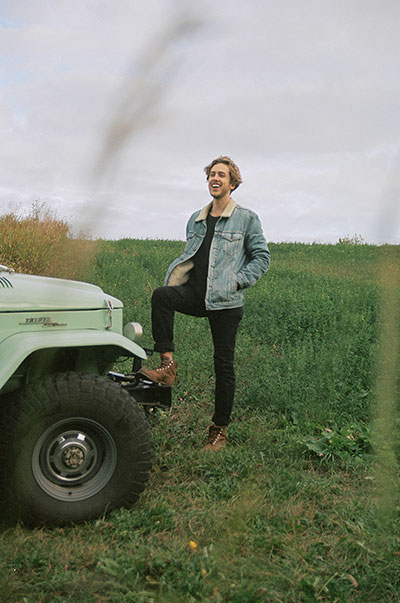 In the opinion of Charles Boissonneau of Menaud, whom we told you about in the magazine’s Spring edition, drinking local is very subjective. “Normally, I even avoid using that word because it’s too broad and it’s used too often. I even recently saw a brand of spirits say to encourage local buying, specifying that they buy their ingredients locally (across Canada…). ”

For Mr. Boissonneau, my notion of distance, named above, appears to be an erroneous way of perceiving the local character of a product. “It’s above all the territory that dictates its locality. To drink locally is to drink a product wholly or mainly produced in its territory, with resources coming, as much as possible, from this territory as well. This is the grassroots to encourage businesses and artisans here. ”

He adds, “That being said, even the question of territory remains subjective. If I take the example of us, at Menaud, our territory is, first of all, Charlevoix, then Quebec. ”

For Maximiliano Vallée-Valletta, it’s craft before everything 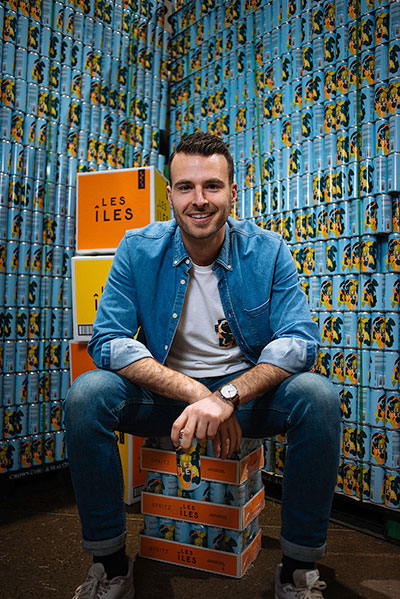 Let’s finish with Mr. Maximiliano Vallée-Valletta who tells us that he associates “Local Drinking” a lot with tasting the artisanal product and the work done behind a spirit, a wine, a beer. “I pay a lot more attention to the process and the know-how behind the development of the product itself, versus the raw materials used, for example. Although I now represent my own brands, I have always had this vision. It’s very cool to use our Quebec ingredients, but what I find even cooler is the story and the vision of the person who implemented the product, because in the end, it’s him (it) the starting point which represents the craftsmanship and the work inside each bottle and which drives the so-called local economy. ”

I added following these comments if Drink Local only applies to Quebec? “For me, yes and no. It’s obvious that at the first level, local drinking applies to our beautiful province which is full of excellent products, especially since each Quebec bottle that I consume, I have a sense of pride to support HERE. ”

But he adds, “On the other hand, every region of the world has its own ‘local drink’ and I think it’s easy to relate to that. I have been fortunate enough to travel a lot over the past few years and have brought back sensational bottles on each of my journeys. Often the first thing you say when describing your new find to a friend is the local know-how with the manufacturing method or the Cellar Master who was inspiring or even the local ingredient that gives it its particularity. So when I open a bottle of grappa or amaro, I still have the impression of drinking local but Italian-style knowing that I have a memory of this place, this distillery, the vineyard or the brewery in particular. ”

I added my question about the distance, like the other participants. And Mr. Vallée Valletta to answer me: “Personally I believe that yes, at a certain level, because for me, it’s to recognize all the work behind the product as I mentioned it above knowing that Quebec is a soil different from the ’Ontario or British Columbia. We’re much more engaging than the last two regions to be sure, but it’s often Canadian know-how that is showcased internationally while boosting the country’s economy. It’s all about scale, in my opinion. “

While all opinions seem to point to the fact that the notion of “Drink local” finds a different meaning according to each region or province, it is, in my opinion, just as interesting to taste products from elsewhere in order to discover, compare and evaluate these. On the economic side, we must not forget that our wine and spirits agencies, our restaurants and therefore the SAQ, offer and live from the sale of products from all over the planet, and that it would be financially impossible to perform a solely local choice, for the good of all.

So, in closing, discover products from here and elsewhere while remaining aware of the decisions you make.

Cover photo: The Hidden Bench Estate in the Niagara Valley in Ontario by Normand Boulanger

Three wines to start the summer to discover