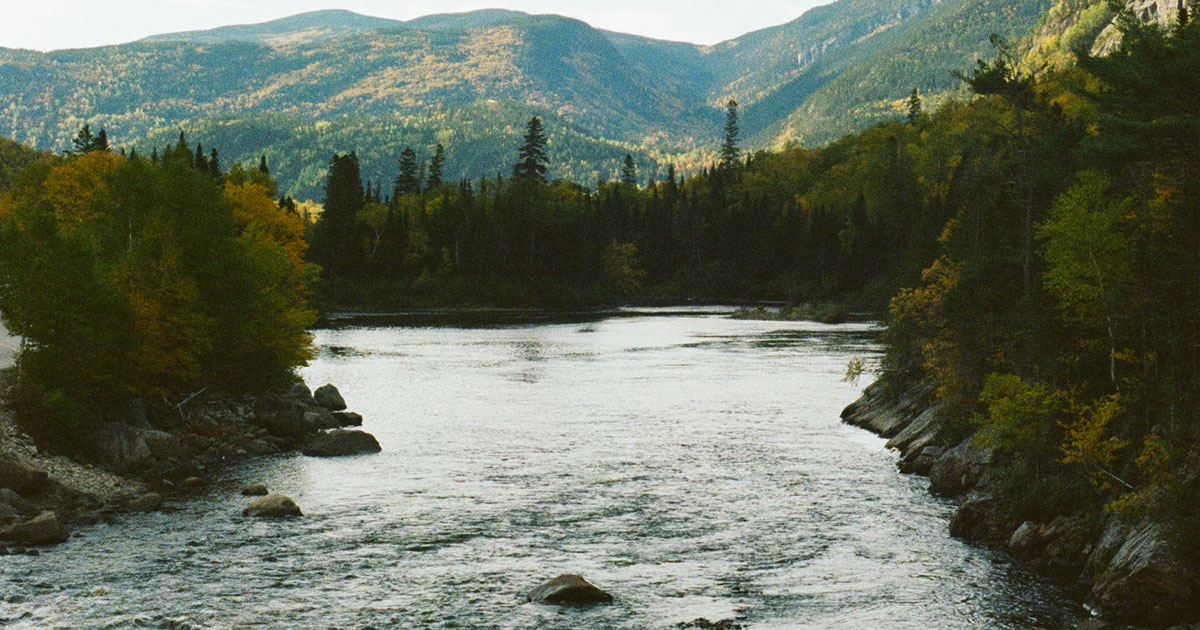 Charlevoix. For some, it is the Desmarais estate in Sagard, for others it is the most beautiful ski resort in Quebec, Le Massif. But, do you know its agriculture? We could talk about the Ferme des Quatre-Temps in Port-au-Persil. But in this issue, we stop there, literally because I was there last February, to introduce you to the Menaud Distillery and Brewery, one of the new jewels of Charlevoix. Here is the summary of my meeting with Charles Boissonneau, partner and vice-president of marketing for the Clermont-based company. 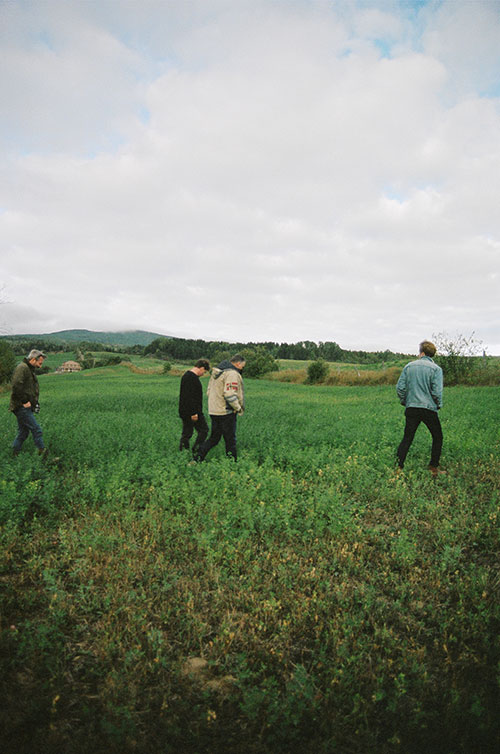 At Menaud, they do things differently. No professionals here, at least not initially. It’s out of passion that 4 spirit lovers (Charles Boissonneau, Martin Brisson, Enrico Bouchard and Grégoire Bluteau) decided to do something different and launched the company. The 4 partners, all in love, with beers, spirits, whiskey, gin, decided to put the idea together after several well-drunk family evenings, because yes, it’s a family story, an extended family that counts now in it thousands of faithful beer and spirits lovers. Different spirits, because we find, in the small Charlevoix Village, one of the rare distilleries in Quebec, in Canada itself, to produce alcohol from grain to bottle. 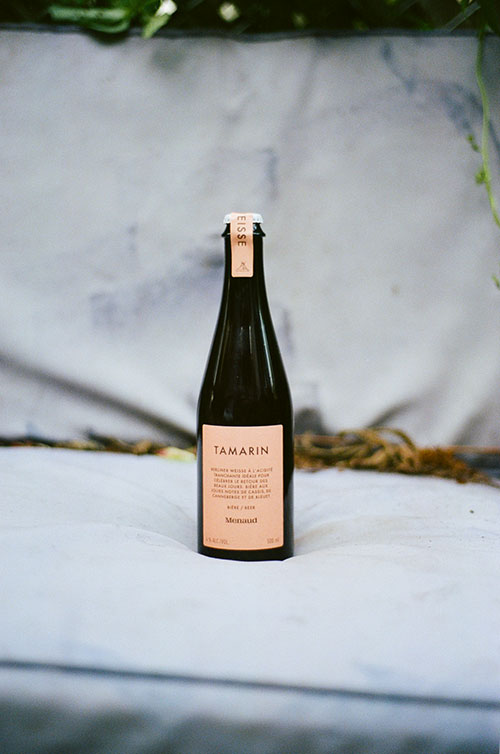 The origin of Menaud Distillery and Brewery name 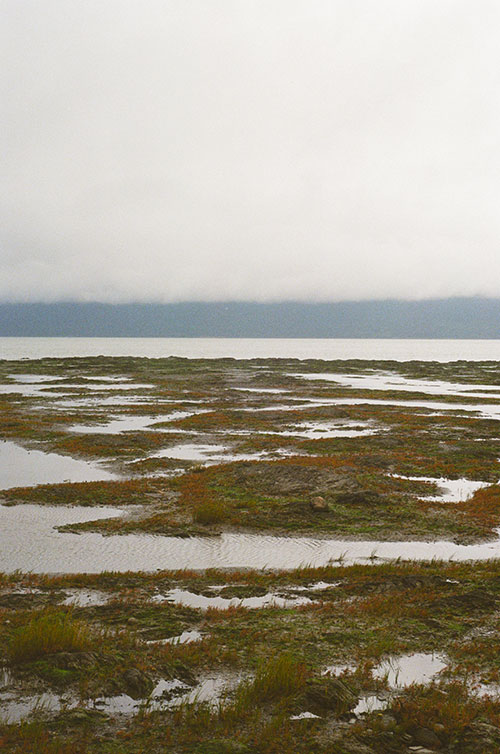 The name Menaud, for its part, comes from the history of Charlevoix. Félix-Antoine Savard, the founding parish priest of Clermont in 1935, hides behind the personification of Menaud, master recorder, a flagship book in Quebec culture, which has, you will have guessed it, inspired the company, to the point of putting the name on their bottles and on those of their sister company, Drav. As we can read on the website, speaking of Menaud, the logger: “For him, man is born crafters. Then the brave grow, develop in tandem with nature and its spectacle. These craftsmen respect the beauty of the country and advocate the appropriation of nature and the safeguarding of the territory. By being lavish with their wealth, they achieve, in their own way, their independence and freedom. ” 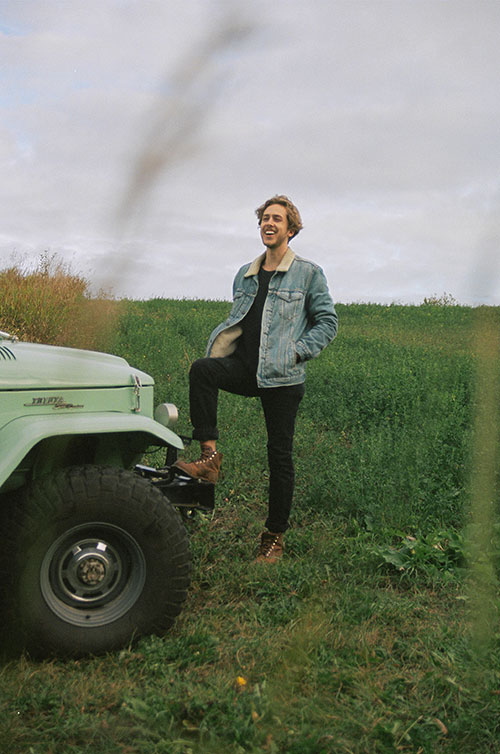 It is the majestic mountain region of Charlevoix that hosts the distillery. Why would you say? The reason is rather simple, it is that it is the place of residence of the vast majority of the company’s partners. The team has not made it easy for itself by producing ultra-local products, made from the various resources of the region. It was also their goal that their different beers and their spirits carry the taste of the region, we can think of the delicious beer Drav milkshake stout, which I had the opportunity to taste at the Manoir Richelieu during my recent stay. Brewed for the 25th anniversary of the Casino de Charlevoix, and made with grains from the artisanal burner, Café Charlevoix, to add a little touch of caffeine in cold infusion. 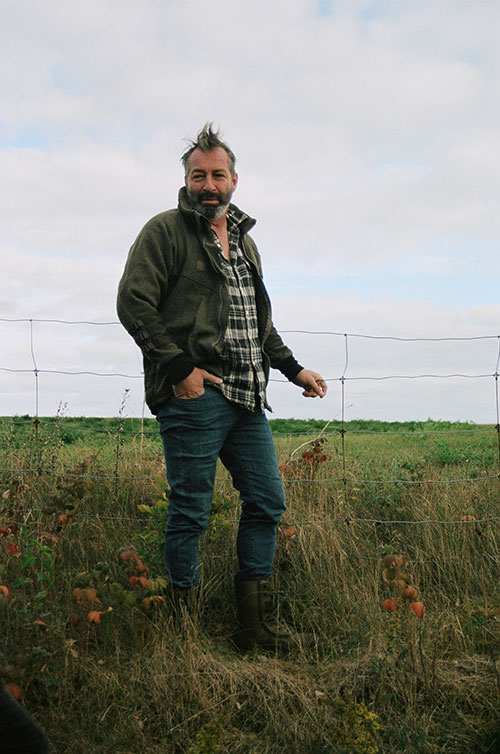 In a hurry? No. They took the time to put their spirits on the market, which is why beer was their first product, in order to finance the distillery. But after two years of experimentation, the company will finally release its first spirit, vodka, followed soon after by gin. Charles told me that they wanted to give their spirits their own flavor and personality, they didn’t just want to be one more bottle on a shelf, they wanted to go further, break the rules, and they got there. 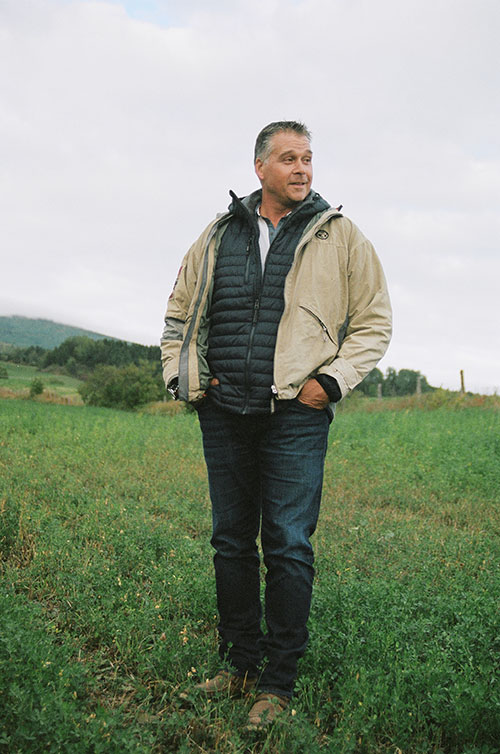 Whether it is the proportions of the different grains in their alcohol, these are choices that are made automatically with the taste and composition of these. Moreover, this way of doing things delayed the product’s release a little bit in SAQ since the taste differed from established standards. It must be said that according to the rules, vodka must not have any taste in the eyes of the Quebec monopoly. This work enabled them to win the gold medal at the Vodka Master and at the Global Luxury Masters in London Vodka category in 2019, the silver at the Sip Awards and at the NY International Spirits Competition, again in 2019. For the gin, launched later, it’s a silver at the NY International Spirits Competition 2019 and bronze at the SIP Awards 2019. 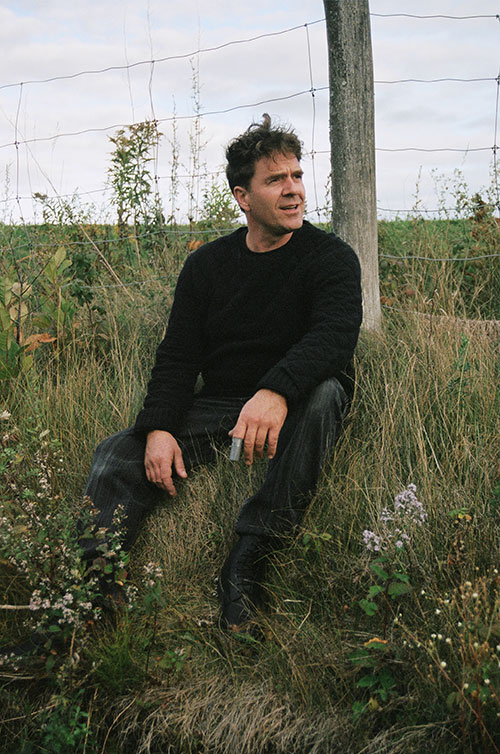 What we stop at first are the bottles of spirits, the container before the contents in the normal order of things. As much for the shape as for the color, it’s unlike anything else on the market. While most spirits, even more so for vodka, are found in clear bottles, Menaud opted for the dark bottle. A bottle that also reflects the region. The glass (and the green) reflects modernity, the wood, which we find in the cork, represents this local craft, we could even say that the shape of the bottle represents the mountains, the fir trees, the flora of Charlevoix, what. 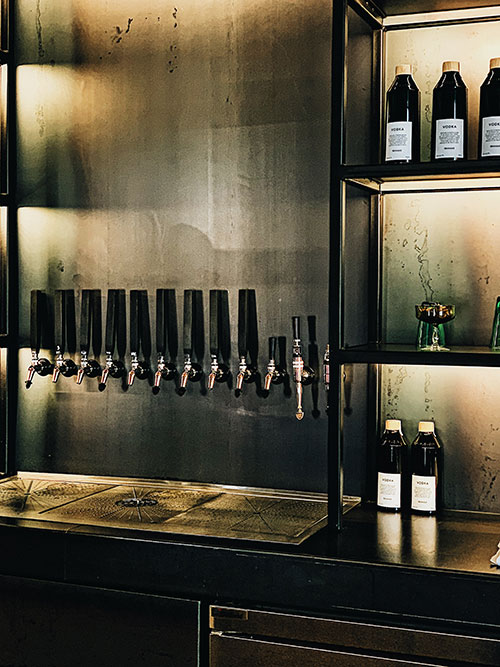 This amalgam reflects the duality between the future and the past, a duality which also exists among partners, but which makes the company evolve in the right direction. While these dualities could result in a compromise, at Menaud, it is the best of each person who came out and ended up in the bottle. 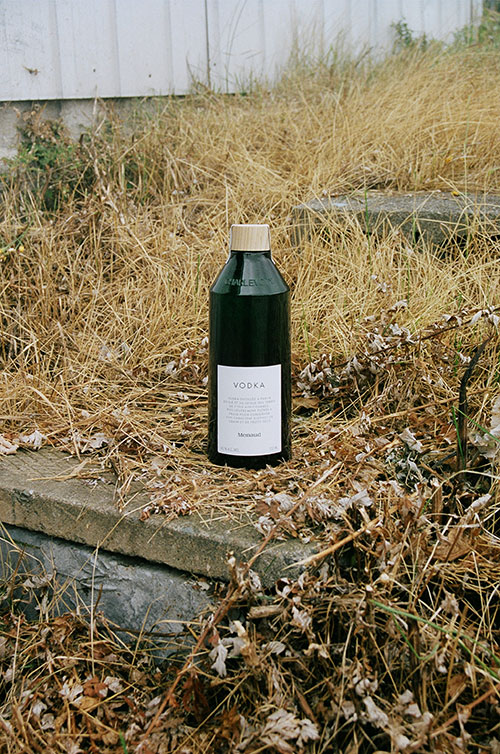 The enhancement of local wealth in vodka involves harvesting wheat and rye exclusively from L’Isle-aux-Coudres, just like gin. Wheat provides this silky and fine texture which is accompanied by delicious grain aromas. For rye, it adds a pleasant spicy and mineral dimension that is distinctive of traditional vodkas. The latter is one of the few in Canada to be traceable from field to bottle. 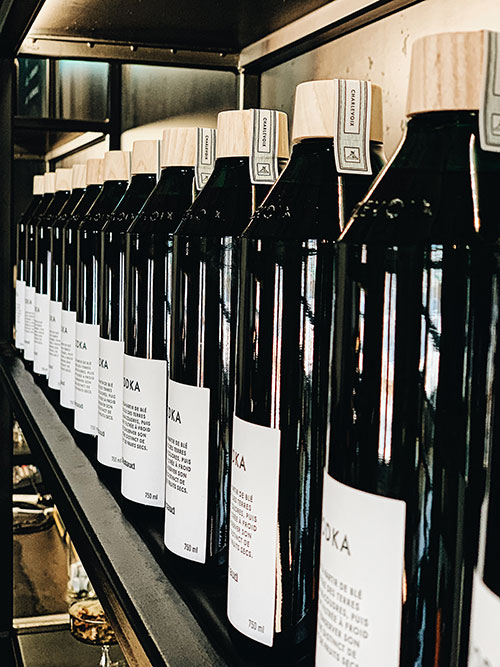 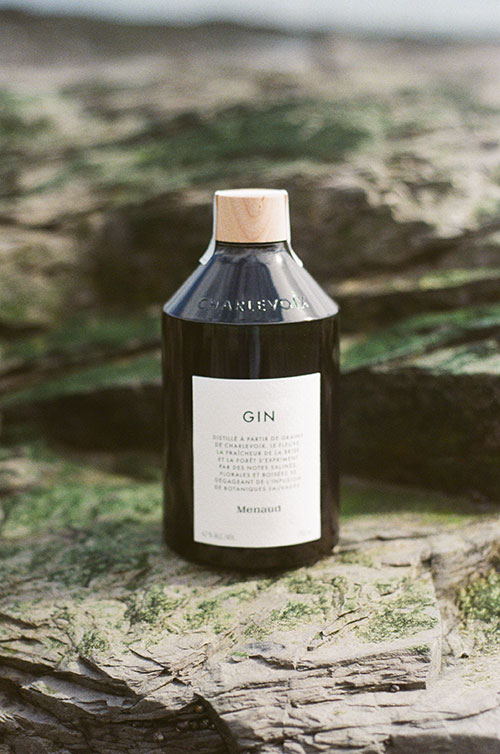 The Gin is fermented from a base of wheat and rye from L’Isle-aux-Coudres, the botanicals found there are entirely local to find a very Charlevoix essence. Its taste is totally different from what you may know. It is full of woody and lemony notes which harmonize thanks to the salty aromas coming from the salicornia filtration. There is also a peppery and floral touch worthy of the freshness of the breeze. Read the tasting of Menaud gin by our columnist Jean-Daniel Perron.

The Future of Menaud Distillery and Brewery 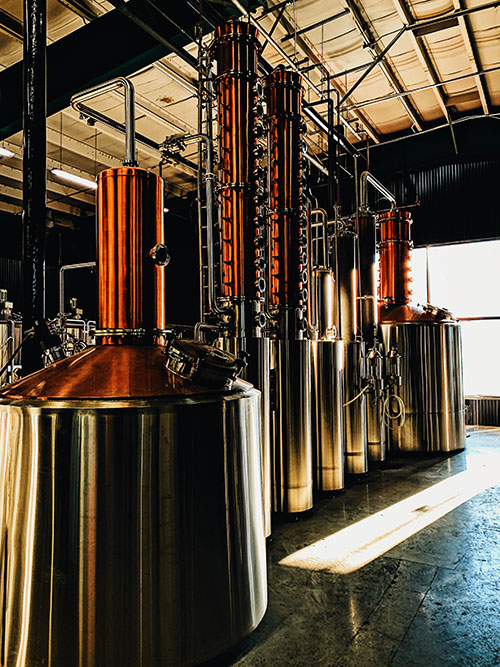 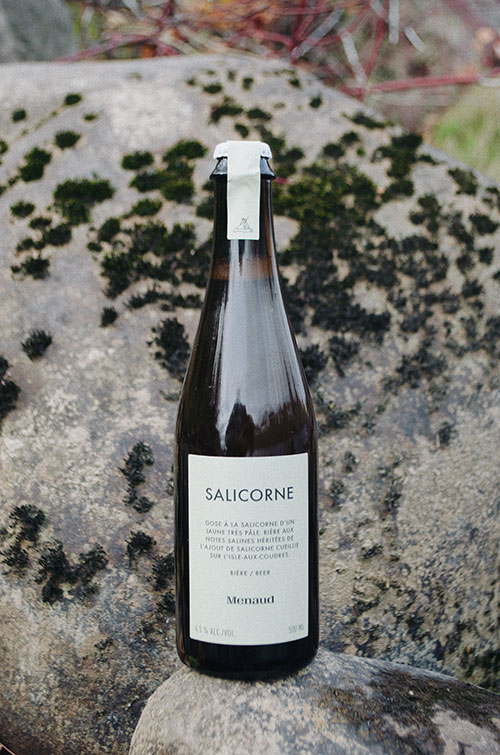 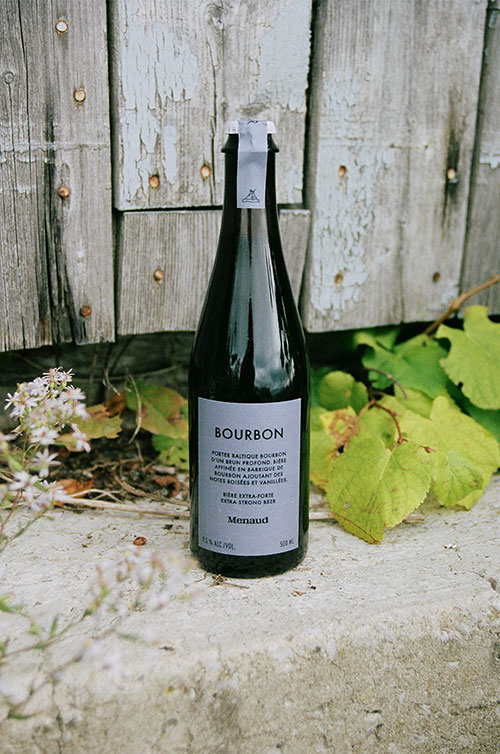 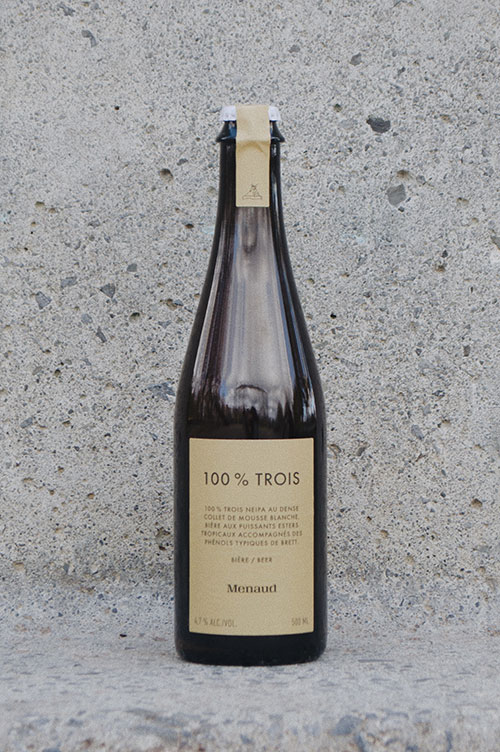 In addition, there will be some changes to the beers with a new production facility in order to increase the production of beers and thus be able to increase the distribution of these on a larger scale, glass beers being offered only at the distillery.

To finish, Menaud, it is a stop in time, a detour, a different route, a break that feels good, a way of appreciating Quebec’s terroir. A break a bit like the one we are experiencing right now before leaving

Note that the SAQ has just implemented a new name Origine Quebec where you can find Menaud products.

You can also find their very latest novelty, Camerise beer, now on sale at the Menaud Distillery and Brewery and at several other retailers.