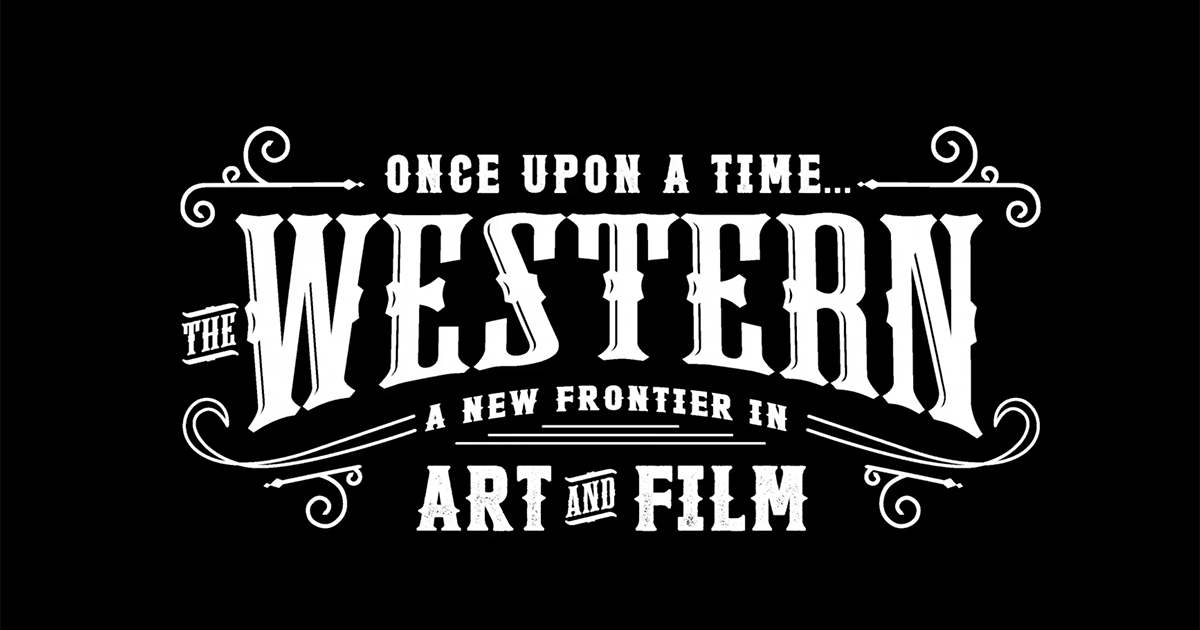 It is an association between art and cinema that transforms the Montreal Museum of Fine Arts is Western, and this for the greatest happiness of all with the exhibition ONCE UPON A TIME … THE WESTERN. This masterful exhibition is far from being “kitsch” in its approach, on the contrary, we discover a side, at least for me, which was unknown to me from this time.

The Montreal Museum of Fine Arts is Western: Multidisciplinarity at Work

As I told you earlier, it is through multidisciplinarity that the Montreal Museum of Fine Arts offers you its unique interpretation of Western cinema by demonstrating its links with the visual arts (painting, sculpture, photography) since the middle of the 20th century. 19th century until today. You will discover the creation, transmission and transformation of the western myth in the United States and Canada. It is more than 400 paintings, sculptures, installations, photographs, artifacts, photograms and film extracts that implement the evolution of the genre marked by an incessant dialogue between the fine arts and the cinema.

This exhibition is well anchored in the news highlighting the darker side of the western, but also its beauty. Prejudice against First Nations people, which we are trying to eradicate today, and which the western has helped to perpetuate, as well as themes related to current issues such as violence, stereotyped gender representation, interracial relationships and the acceptance of difference are put forward in this exhibition. The exhibition challenges us to question certain values by demonstrating how art has the power to both maintain and challenge the most prevalent beliefs. Sometimes it’s a good thing, sometimes it’s disturbing.

The western, the culture before the real story 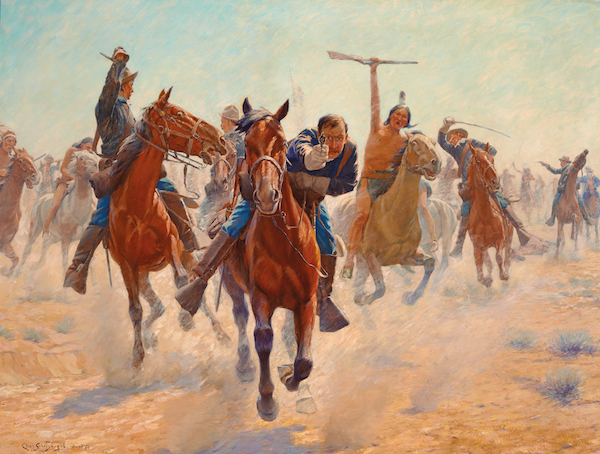 Nathalie Bondil, Director General and Chief Curator at the MMFA, explains: “Since I began living in Montreal, gateway to the West, I’ve had the idea for this multidisciplinary project. Americans have a unique relationship with film: Hollywood played a key role in inventing a national history, with the Western as one of its main vehicles. From Buffalo Bill’s Wild West show to the current sociopolitical scene, the legend of the Western hero is indelibly imprinted in the heart of the American identity. The invention of the Western is that of a cultural history, when the story of how the West was won is, in fact, over. I wanted to show, first of all, how image-making has drawn on the resources of history, visual art and film to construct a mythology that came to typify the American West. Secondly, I wanted to explore how artists First Nations that it helped perpetuate. have re-appropriated this mythology in order to denounce chauvinist values, racial stereotypes, annexation of land and the culture of violence, all of which are endemic in the civilization. This genre, which in the past was straightjacketed by patriotic, puritan and simplistic censure, has become a powerful instrument for criticism: the Western reflects disenchantment with the American dream or accompanies social revolutions. I wanted Montreal to have an exhibition that would take an in-depth, multilayered and socially engaged look at these current issues.”

We have long taken the western hero, I remember when I was little that I played cowboy and Indian with friends, it was a fun game, but problematic in its essence. But there is renewed hope when we look at the film-gifts with Lucky Luke who treats Native Americans as his equal, something that escaped us during our youth. Besides, I have no memory of Lucky Luke in the exhibition, but that’s another subject.

Montreal Museum of Fine Arts is Western : A gigantic exhibition

400. I told you earlier, but it’s huge. Paintings, videos, etc., there are some. And it’s huge. From Sergio Leone to Clint Eastwood, everything is there! Not to mention the original Harley Davidson film Easy Rider and Warhol’s paintings, which highlight the emergence of the American Indian Movement. Like what, the American man has always looked for his cowboy side.

We must not forget the Canadian and Quebec part of this whole story. Quebec legends, including country song star Willie Lamothe and cowboy Will James have perpetuated these traditions. The importance of the Canadian landscape highlighted by Canadian and First Nations visual artists in the construction of the genre can also be seen with paintings by Paul Kane, William Brymner and Henry Sandham, Philippe Hébert and photographs of William Notman, of which we spoke in the  Winter Magazine 2017.

The Little Western : Children also have their place in the exhibitionn

A place for play and discovery for children and families, free of charge.

Intended for families, school groups and socio-community organizations, the Little Western has four parts: a grandiose natural landscape, a children’s theatre (in collaboration with the Festival international du film pour enfants de Montréal (FIFEM), a space for expression based on an illustration by indigenous artist Diane Obomsawin, and a space for cultural mediation between Western myths and indigenous realities.

Like the major exhibition at the Museum, the educational intention of The Little Western remains above all the discovery and deconstruction of a myth, for a better understanding of this legendary story.

The Montreal Museum of Fine Arts is Western until February 4th 2018.

Discover the MMFA’s Michal and Renata Hornstein Pavilion for Peace