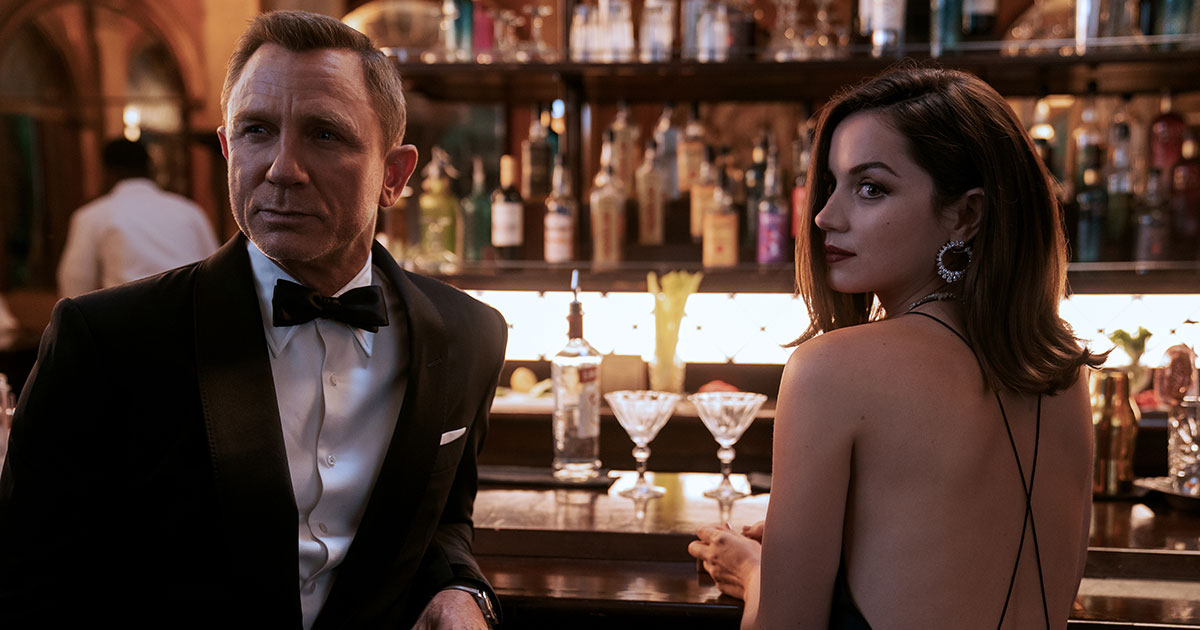 “No Time To Die,” the new James Bond movie, is the theme of the Gentologie Magazine Issue 9. In this 25th film of the series, Mr. Daniel Craig honours agent 007’s dearest tradition: to master, or better yet, send his adversaries on the other side, but also to savour a small glass of spirit between two action scenes. Here’s a look at James Bond’s liquor preferences since the series’ inception in 1962 or in other words, 007’s favourite spirits 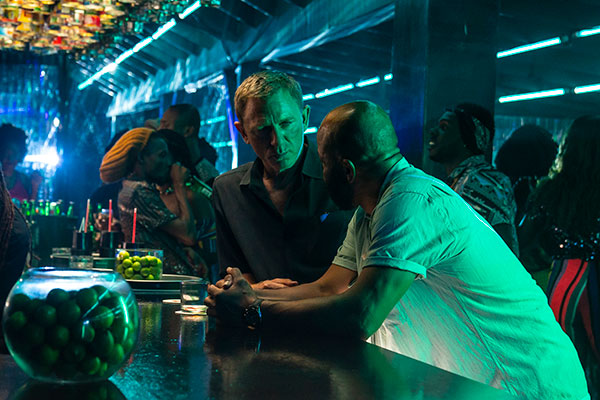 James Bond and Felix Leiter in No Time To Die
PHOTO : © 2021 DANJAQ, LLC and MGM. ALL RIGHTS RESERVED.

While Bollinger Champagne has been an official film partner for over 40 years and Heineken beer since 1997, other spirits find their way to James Bond’s lips. Yes, his famous Vodka Martini “shaken, not stirred” is one of them, but so are a succession of vodkas, scotches, whiskies and rums. And these liquor brands are proudly displayed in movie sets, with big, well-sponsored dollars, in most cases.

Vodka, the Essential for the Perfect Martini

In “You Only Live Twice” (1967) and “A View to a Kill” (1985), Sean Connery and Roger Moore preferred the Russian vodka Stolichnaya, as did Timothy Dalton in “Licence to Kill” (1989). As for Daniel Craig in “Spectre” (2015), the Polish rye vodka, Belvedere, found grace in his palate, and in “Die Another Day” (2002) with Pierce Brosnan, Finlandia takes centre stage. Evidently, agent 007 is sometimes curious about, or disloyal to, his spirit choices.

Whisky and Scotch? Oh yes, Bond enjoys them too. Johnnie Walker’s in “Thunderball” (1965), Jack Daniel’s Whiskey and Japanese Suntory Old Whisky in “You Only Live Twice” (1967), where a large part of the action takes place in Japanese territory, and in “On Her Majesty’s Secret Service” (1969), it is the rare J&B Scotch’s turn.

How About Some of The Macallan Between Two Wild Chases

Let’s take a closer look at the presence of another spirit in the Bond series, specifically The Macallan Single Malt Scotch Whisky. “In ‘Skyfall,’ The Macallan was chosen by the production because, like Bond, we are peerless. M drinks it, Bond drinks it,” says Cameron Millar, The Macallan’s ambassador for Eastern Canada. In the scene between Daniel Craig and Javier Bardem (Silva, the “villain” of the story), the two men are tasting a bottle of The Macallan Fine & Rare, a collection of single cask releases that has grown to become the largest assembly of vintage-dated, single malt whiskies in the world. In this scene, they had a bottle from 1962, bottled in 1977, as an homage to the beginning of the Bond franchise from that same year.

So this 50th anniversary bottle represents the half-century of the Bond film series. In addition, “a bottle of this 1962 whisky was sold in a 2013 auction, signed by Daniel Craig, Javier Bardem and Bérénice Marlohe, with all proceeds benefitting charity,” says Mr. Millar.

Meanwhile, James Bond also savours The Macallan in “Spectre” (2015) and the latest, “No Time to Die” (2021). Surprisingly, the distillery, founded in 1824, does not pay a cent to the film production for the presence of its whisky in the film.

By the way, Mr. Millar has an idea for our dear agent. The Macallan will soon announce that it will be improving the environmental footprint of its distillery, located near River Spey in northeast Scotland. Since James Bond saves the world in every one of his movies, why wouldn’t he do so with the environment in mind?

The secret agent, who is at Her Majesty’s service, certainly has varied tastes. In “On Her Majesty’s Secret Service” (1969), which stars Australian actor George Lazenby in his only appearance as Agent 007, he drinks Hennessy brandy. The finesse of Courvoisier Cognac was in “Diamonds Are Forever” (1971), Bacardi rum in “The Spy Who Loved Me” (1977) and Mount Gay rum from Barbados diluted in soda for a lighter touch in “Casino Royale” (2006).

Finally, an ultimate fantasy that we share with you: James Bond enjoying French Canadian spirits between two action scenes. Why not a gin, made from a local product, or an Acerum distilled from maple syrup, accompanied by a beautiful (or handsome) agent from the Canadian Security Intelligence Service (CSIS)?

All in all, Agent 007 is really fit, as we can see in all his movies, but we still worry about his drinking habits! But that’s a different story, to be continued in a future feature film.

Cocktail of the week: The Horizon of StoneHaven Le Manoir