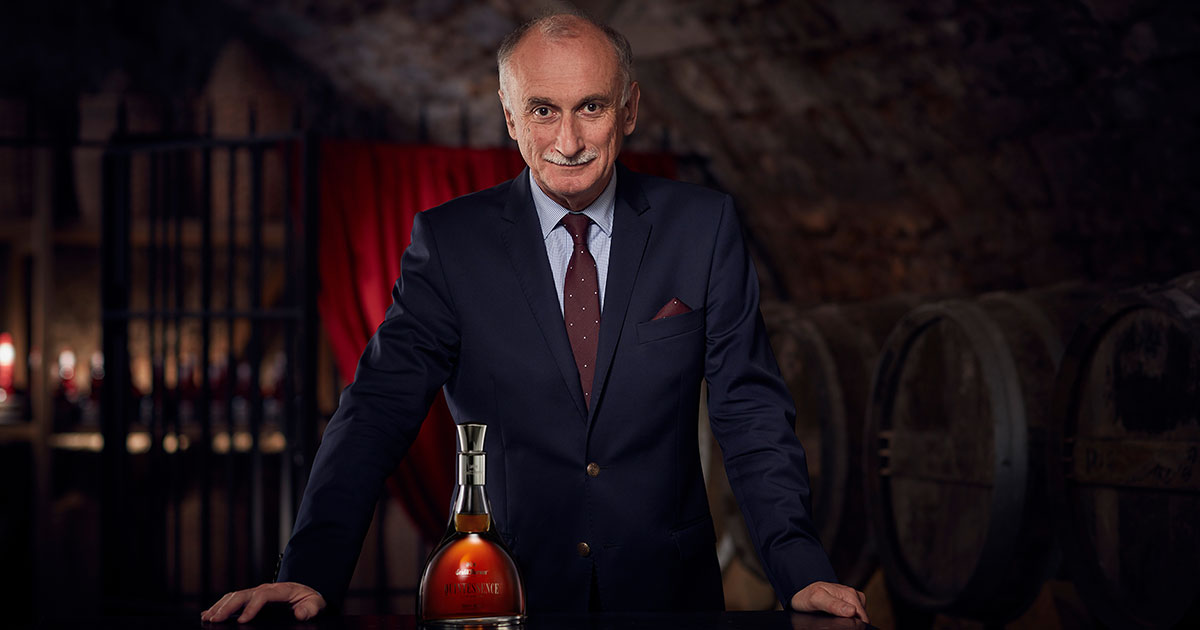 Meet Patrick Raguenaud, Grand Marnier’s Master Blender, not once, but twice in two days is a privilege. The man, who goes around the world to talk about the famous cognac liqueur, comes from a family where you are passionate about cognac from Father to Son. Here is a summary of these two days alongside Mr. Raguenaud during his visit to Montréal.

Montréal and Grand Marnier: Blended Together 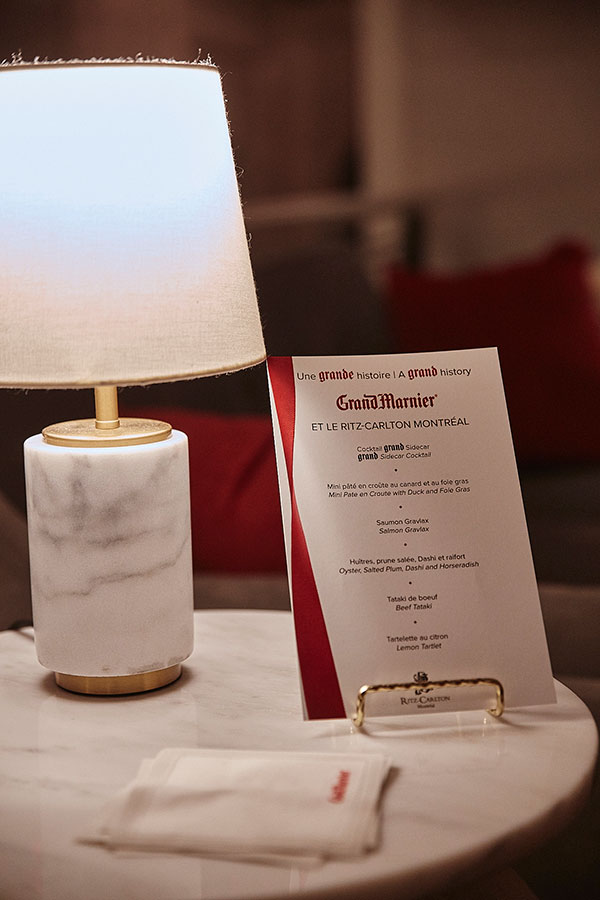 It is freshly landed from Calgary that Mr. Raguenaud receives us at the Ritz-Carlton in Montréal, it must be said that there is a long history between César Ritz and Louis-Alexandre Marnier-Lapostolle. We are first welcomed in Le Grand Lounge, a brand new permanent space created by an association between Grand Marnier and the Ritz-Carlton Montréal to pay homage to their rich shared history. 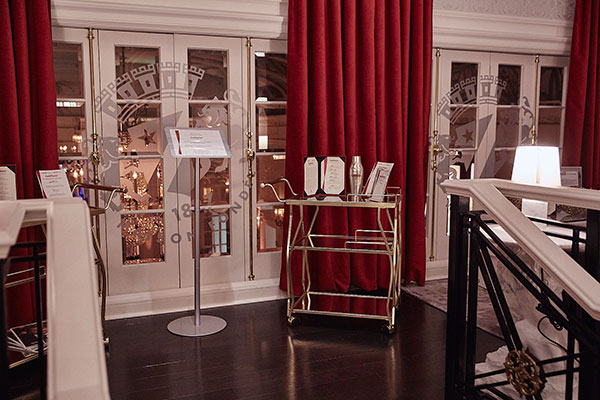 The evening takes place with the Grand Sidecar, the latter is part of the menu of historical cocktails reinvented, featuring real classics with a touch of modernity, and some with Champagne. 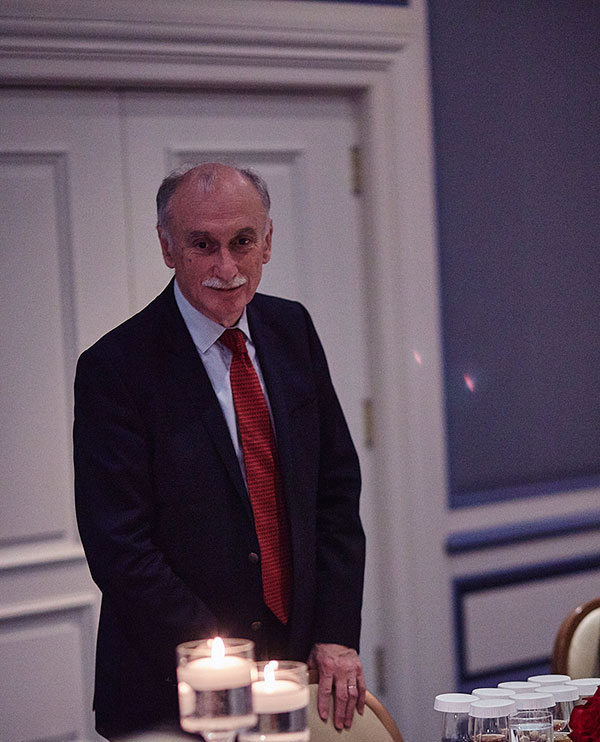 After having exchanged a few minutes with Mr. Raguenaud, tasted a few bites, took some pictures and drank some cocktails, I went with the other guests, in the tasting room, where we waited for 8 samples, 4 Grand Marnier products (Cuvée Louis-Alexandre, Cuvée du Centenaire, Cuvée 1880, Cuvée Quintessence) and 4 of their cognacs used in the making of Grand Marnier (VSOP, X. O., X. O. Grande Champagne and Paradise), the evening can begin. Note that cognac is made from the Trebianno grape, known in France under the name of Ugni blanc. 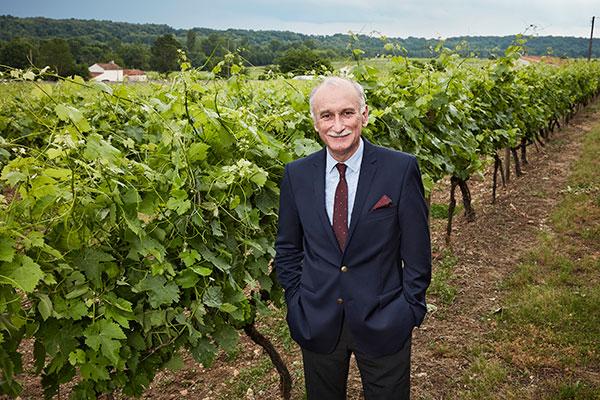 What gives that orange tastes so specific to the Grand Marnier? It is the bitter orange, more precisely the orange bigarade. These are oranges that are not made to be eaten. When they are green, they are picked and cut by hand. Subsequently, they are dried in the sun, put in bags and transported in France in containers of 400 to 500 tons. They come either from Saint-Domingue in Haiti, Brazil, Paraguay or Tunisia, for the latter, they come from the same plants that use Hermes, which produces perfumes known for its citrus notes. 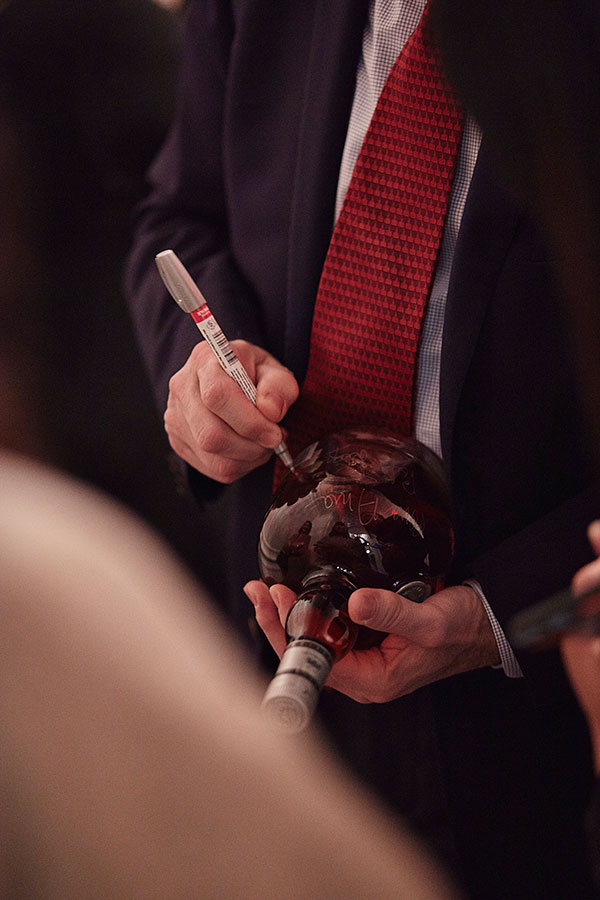 It all started in 1827 when Jean-Baptiste Lapostolle, distiller of fine fruit liqueurs, built what would become the first Grand Marnier distillery in Neauphle-le-Château, a small town outside Paris. A few years later, in 1876, Julia, granddaughter of Jean-Baptiste Lapostolle, married Louis-Alexandre Marnier. The Marnier Lapostolle House was born. And in 1880, certainly inspired by his in-law, Louis-Alexandre Marnier had the eccentric idea of ​​combining a refined French cognac with a rare variety of bitter oranges from the Caribbean. It was the beginning of Grand Marnier. Remember those anecdotes where your parents told you they were receiving oranges at Christmas, orange was, at the time, a luxury product, and it’s a little because of its presence in the Grand Marnier.

The iconic bottle, Mr. Raguenaud told me, is inspired by the silhouette of a traditional cognac still—the red ribbon and the wax seal added. These elements have become the signature of Cordon Rouge, still used today. With the complicity of César Ritz, the product is quickly found in the largest hotels in the world starting with the Ritz Paris and the Savoy (we are talking about the Savoy in our article about Fairmont’s Cocktails Perfected program) and many others. The Ritz-Carlton of Montréal where I made an interview with Patrick Raguenaud that you can read in the next lines is a  little more about the evolution of Grand Marnier. 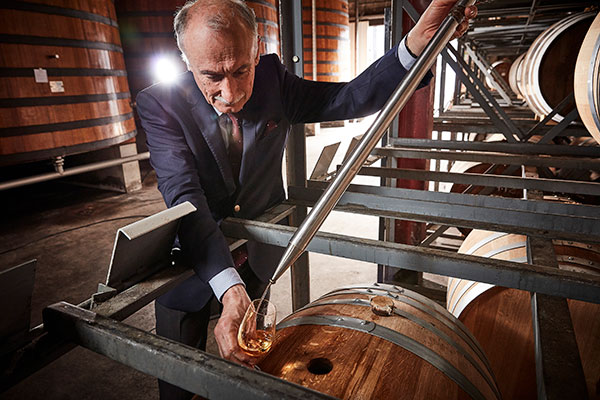 It’s in Le Grand Lounge that I join Patrick Raguenaud next morning. We are obviously talking about Grand Marnier, for which he tells me that Canada is the second-largest market, and of course, about the new Cuvée Louis-Alexandre, a product completely redesigned. “There are two questions (when you have a new version of a product), first of all, will people like the product and secondly, when you modify a product that already has an existence, There is always the risk of hearing: It was better before! For the moment, I have rather heard pleasant things. But what is systematic is that people prefer the (new) packaging. It’s going in the right direction.” He explained to me that it’s been two and a half years, that he and his team are working on the product, and they left, to use his explanation, a blank page. They have given themselves only one constraint, whether it is a VSOP cognac, the goal being to put a progression (in the Grand Marnier range) as in cognacs. The new Louis-Alexandre is an 82 % VSOP cognac. 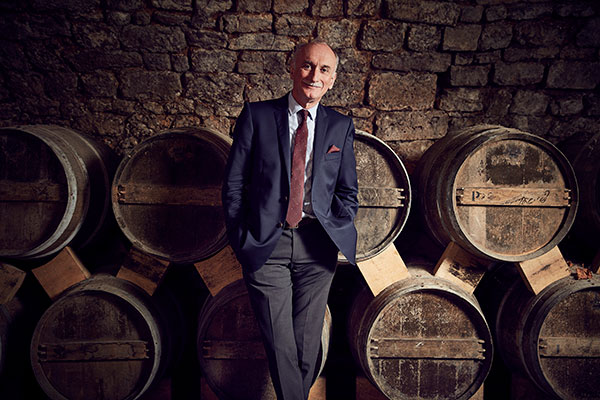 While Grand Marnier was bought by Campari in 2016, a new advertising campaign was unveiled less than two years later, in 2018, with the slogan “We Live Grand,” I asked Mr. Raguenaud the meaning of this term for Grand Marnier, was it the opening to the world? “I think it was especially, it already has many meanings, what you say, yes, expand the base, we can go everywhere, an international product. Live Grand in terms of quality, in terms of image, we will go upmarket, we will explain the cognac and the price of the product. Live Grand, it’s not a basic liqueur. We also Live Grand by the range, since we are structuring a much wider range and more contemporary presentation. It has a very broad meaning, and that’s what’s good. Everyone will interpret it in their own way.” By the way, the Cuvée du Centenaire will change its packaging a little (they will not change the liquid) and it’s coming very soon. 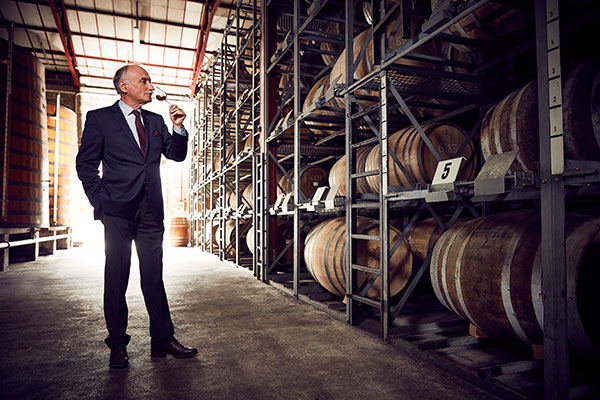 It was in the context of the holiday season that I approached Mr. Raguenaud, how to look at the Grand Marnier, which is a festive drink, whether as a gift or at the table.

“So, I think there are many ways, let’s start with Louis-Alexandre, what we advise is to consume it with Champagne. A little Louis-Alexandre and the rest of Champagne and a small orange peel in the champagne flute in decoration. It’s festive, it’s very good. The festive side is real with Grand Marnier and Champagne. ”

Let’s continue with the rest of the range, always for the holidays. “With the Cordon Rouge, we will be more about party-based cocktails, here we tried the Grand Sidecar, which is really good, it warms you up. Then with the Cuvée du Centenaire, you can drink it all alone, during the winter season, warming your body and your mind. Our products, these great liqueurs, are products of conviviality that we will share with others. That’s what’s important, the social side, the communication around a good drink. For the guests, I always serve the Cuvée du Centenaire, it’s my favorite Cuvée. ”

Three Spritz recipes to end up in Italy!

National Tequila Day 2022 : How to Celebrate