A New Livery for Air Canada inspired by Canada 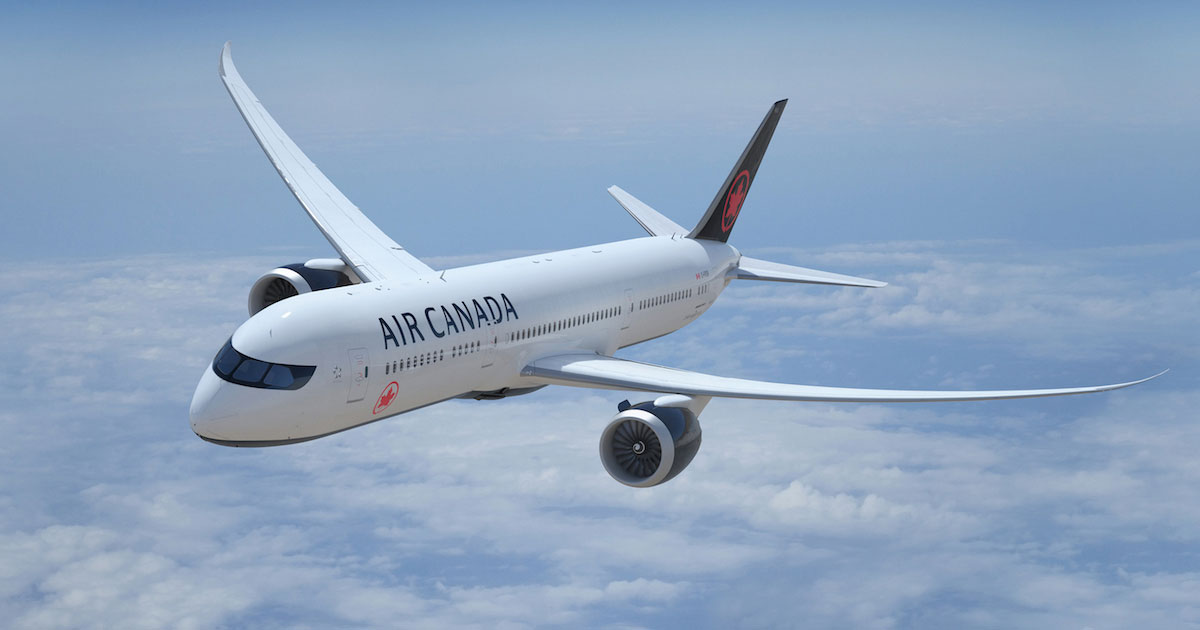 On Feb. 9, with three Canada-wide asimultaneous events inToronto, Montreal and Vancouver, Air Canada unveiled for its customers and employees, a bold new livery for Air Canada, Inspired by Canada, for all of its fleet (excluding the Air Canada Rouge), elegant new uniforms for its employees, and a taste of some of the new onboard menu offered to passengers. 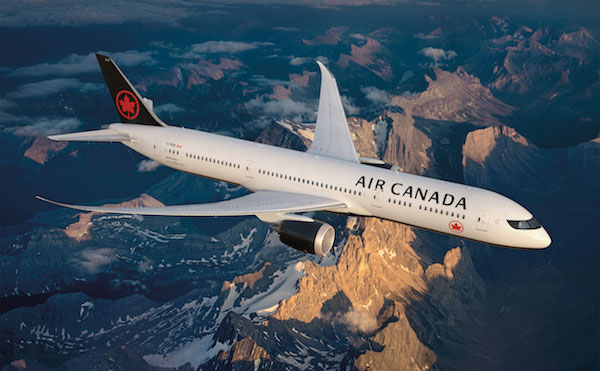 “Air Canada’s new livery signals a pivotal inflection point in our 80-year history,” said Benjamin Smith,” President, Passenger Airlines at the event in Toronto, where the airline’s largest hub is located. “On the occasion of Canada’s 150th anniversary year, with our new livery, new uniforms for our employees, the award-winning international cabin standard introduced with the launch of our Boeing 787 aircraft, and enhanced onboard offerings, the future Air Canada represents the strength of our nation and the future-looking spirit of our airline.  On behalf of our 30,000 employees world-wide, it is a privilege to fly Canada’s flag, and we are proud to showcase some of the best of this nation’s talent as we continue to expand Air Canada’s horizons to fly to more than 200 destinations on six continents.”

A New Livery for Air Canada inspired by Canada 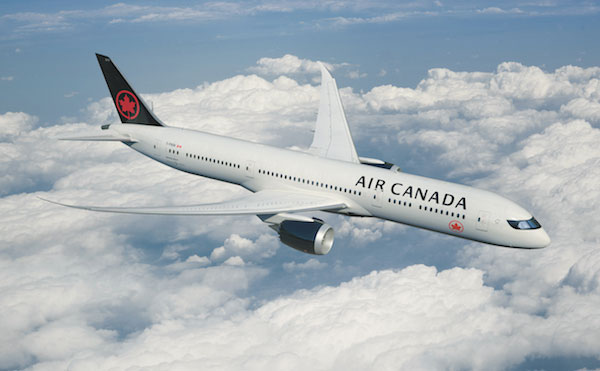 Air Canada’s fleet of 300 mainline and regional aircraft are being repainted in a bold black and white design that highlights its iconic red maple leaf encircled ensign, or “rondelle,” that returns to the tail of the flag carrier’s fleet after an absence of 24 years (We were missing it). Reflecting Canada’s vastness and contrasting seasons, with references to its wildlife and First Nations heritage, the new fleet livery was designed by international design firm Winkreative, headed by Canadian entrepreneur Tyler Brûlé (they also designed Porter Airlines) . Following last week events, the first three aircraft sporting this new livery for Air Canada are already in service.

The  New Livery for Air Canada: A pursuit of Canadian gastronomy

On hand at the event at Air Canada’s main hub in Toronto were Tyler Brûlé and Christopher Bates to celebrate with customers and employees, together with the airline’s award-winning culinary partner, British Columbia-based chef David Hawksworth, and world renowned Quebec-based sommelier, Véronique Rivest, both actively involved in developing Air Canada’s premium menu choices. 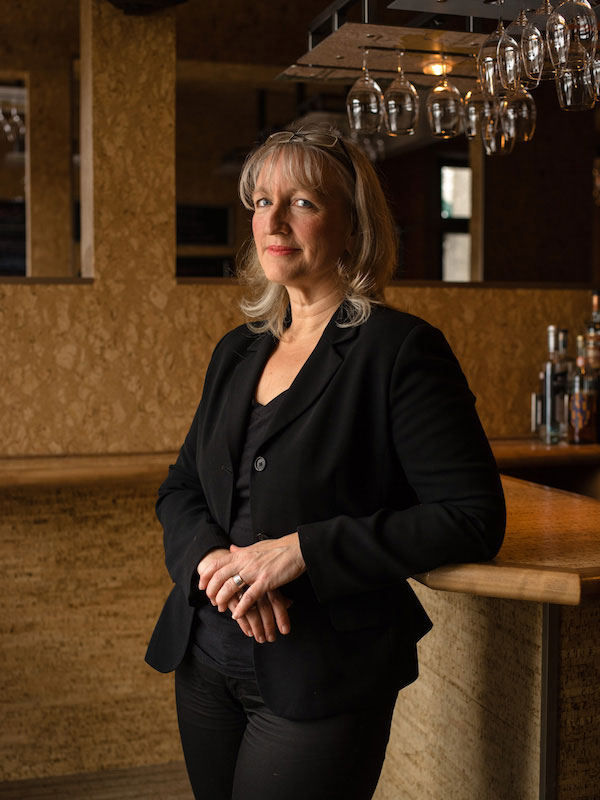 Air Canada’s selection of Signature dishes, created by Chef Hawksworth, showcases the finest Canadian ingredients from across the country available since it was launched in October 2015 for Air Canada’s International Business Class customers. Air Canada’s new sommelier, Véronique Rivest, will expertly pair the dishes and develop Air Canada’s wine program with a selection of Canadian, old and new world wine (I wonder why not only Canadian wines) that are changed seasonally to highlight the best wines to be enjoyed at 30,000 feet. 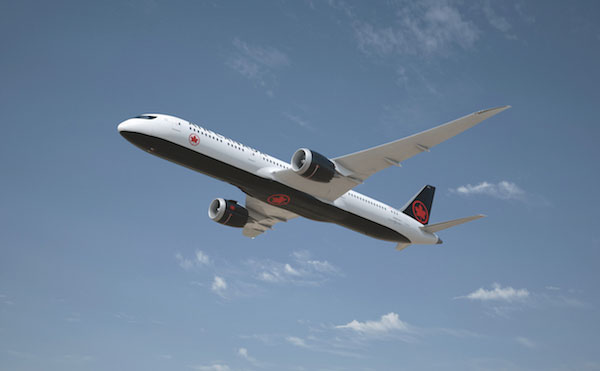 In addition, guests were treated to a sampling of some of the new onboard menu choices that will be available for Air Canada customers starting this April, including Lavazza premium Italian coffee that becomes the airline’s new coffee offering among its complimentary beverage selections for all customers, and Toronto-based Dufflet Pastries’ pumpkin spice loaf which will be featured on flights to Europe in Premium Economy and Economy Class cabins. Guests also sampled a selection of Quebec fine cheeses including Oka, camembert and cheddar, alongside freshly baked bread from Quebec artisanal bakery Première Moisson, paired with a Vineland Estates Winery white wine from Ontario’s Niagara region (Yep. my post in Vineland is coming) and Les Athlètes du Vin, a French Pinot Noir, both selected by sommelier Véronique Rivest, which will debut for Air Canada’s International Business Class customers in April. 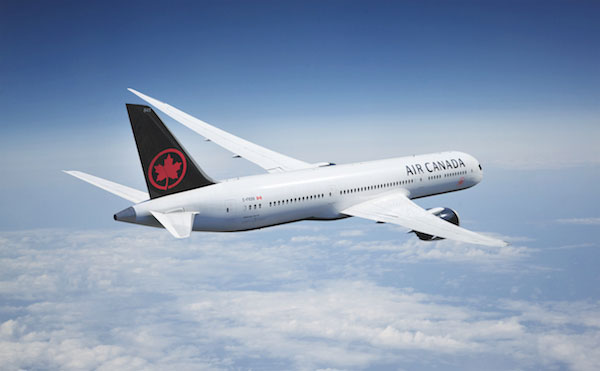 In 2017, Air Canada and Air Canada Rouge will continue its global strategic expansion and will launch new international services between Toronto-Mumbai, Toronto-Berlin, Toronto- Reykjavik, Montreal-Shanghai, Montreal-Algiers, Montreal-Marseille, Montreal- Reykjavik, Vancouver-Taipei, Vancouver-Nagoya, Vancouver-Frankfurt, and Vancouver-London Gatwick. Air Canada will also receive its first Boeing 737 MAX aircraft at the end of 2017, marking the start of its narrowbody fleet renewal program, to be followed in 2019 with the delivery of its first Bombardier C Series aircraft.

Discover the Air Canada Signature Suite, the summum of luxury!