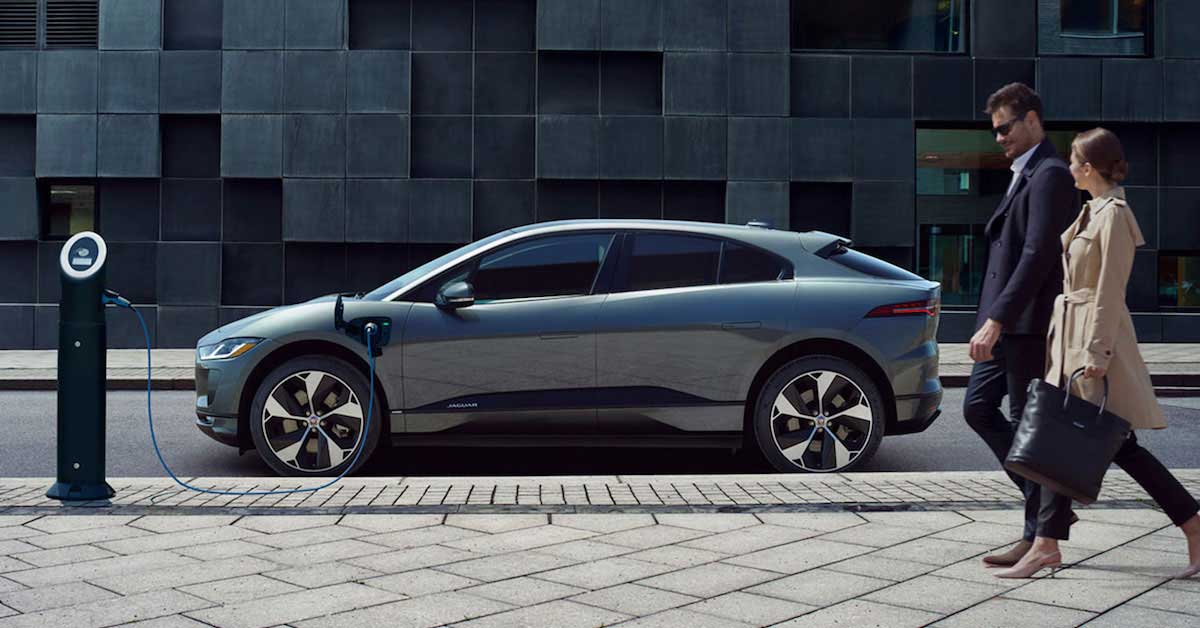 My love of Jaguar goes back far, I could tell you that it comes from my mother who has always dreamed of having one. English refinement rarely leaves people indifferent. I was surprised to see Jaguar’s participation in this race at the now famous Montreal E-Prix. At that time, not even a year ago, Jaguar did not have any electric vehicles on the road, and now it’s unveiling its all-new Jaguar I-PACE Concept. 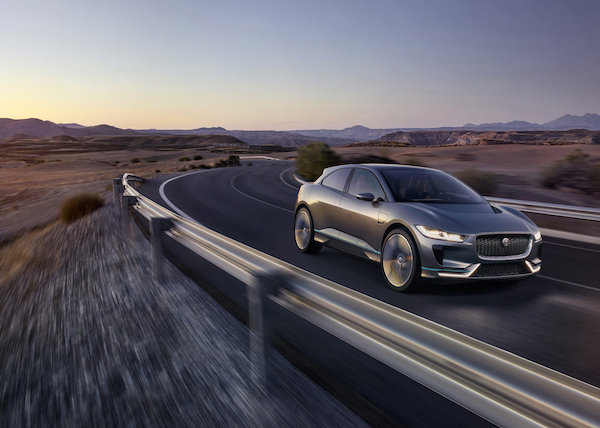 Here’s the new Jaguar I-PACE Concept, an all-electric battery powered vehicle (EBV). It’s just beautiful, so let’s discover the Jaguar I-Pace. As I said earlier, Jaguar has been trotting in my mind since my weekend at the Montreal E-Prix. I saw clearly that the company was investing in the electric and was not pretending. And now she has just unveiled this brand new model.

The sporty side of the model does not fade. Even though the latter is a concept, it’s a series car that will hit the road in 2018. Jaguar describes it as the most intelligent sports car; a performance car, a family car and an SUV all in one. Revolutionary design, Jaguar performance, competitive product line and charging times make it the first true electric alternative to a traditional premium SUV. 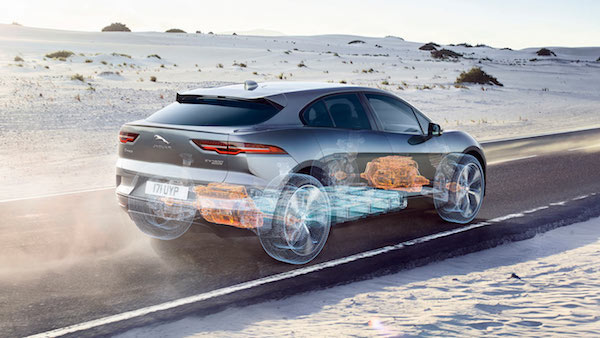 The Jaguar I-PACE Concept offers a range of 386 km for the NEDC cycle according to the manufacturer. Such autonomy is possible thanks to the lithium-ion battery with a capacity of 90 kWh. Jaguar has combined next-generation electric vehicle technology with a passion for design to offer an emission-free vehicle that is undeniably a Jaguar.

The engine offers 394 hp and an instant torque of 512 lb-ft. As for the 90 kWh I-PACE battery, it is designed to last and allows for an extended period of maximum power. The positioning of the battery in the wheelbase gives the vehicle a lowered center of gravity, which naturally benefits the vehicle’s dynamic character. So, I-PACE will be a real charm to drive. 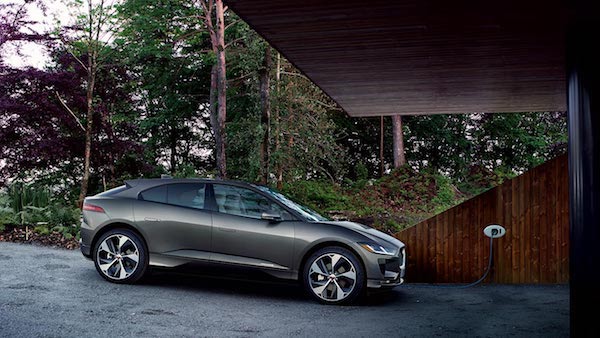 The Jaguar I-PACE Concept is powered by two magnet synchronous electric motors that are integrated in the front and rear axles. Engines deliver 394 hp and 512 lb-ft of torque. Thanks to its all-wheel drive, the I-PACE offers acceleration from 0 to 100 km / h in 4.8 seconds.

I-PACE does not require a conventional transmission. The emphasis is rather on simplicity. The JaguarDrive gear selector instantly delivers sustained acceleration from 0 to 12,000 rpm without shifting or shifting. 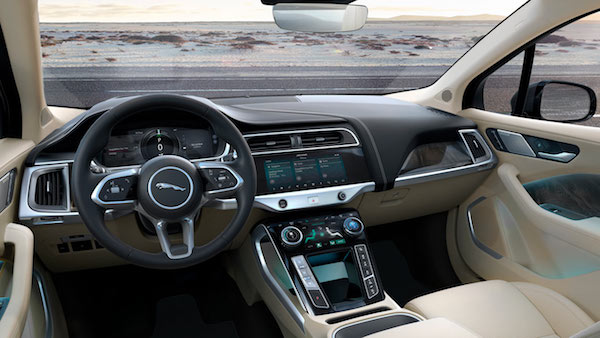 While most competitors like Tesla, offer huge screens in the center console, Jaguar remains faithful to the regular design with a console facing the driver. In my opinion, this aspect is so much safer than watching a huge iPad losing the road of the eyes, but it’s a personal point of view. The buttons are clear and precise. We do not seem to have made compromises on quality at all, even though this is an electric vehicle. 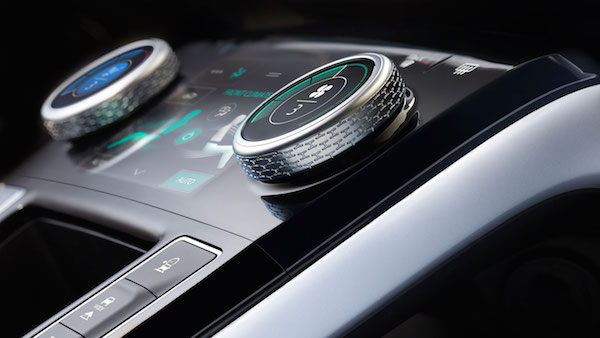 The interior features high-end materials and beautiful tactile details that showcase British craftsmanship at its best. There is also digital know-how, with two super intuitive touch screens that serve to inform where and when the driver needs it. 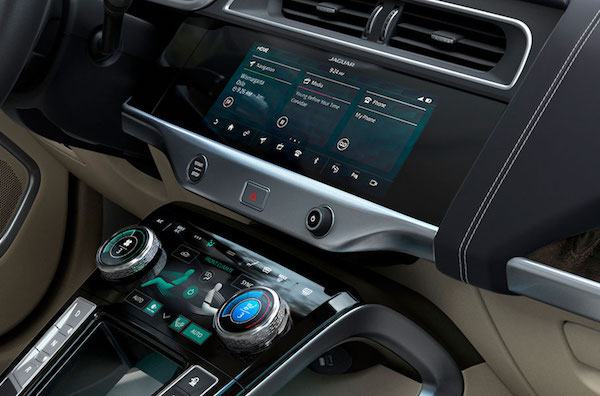 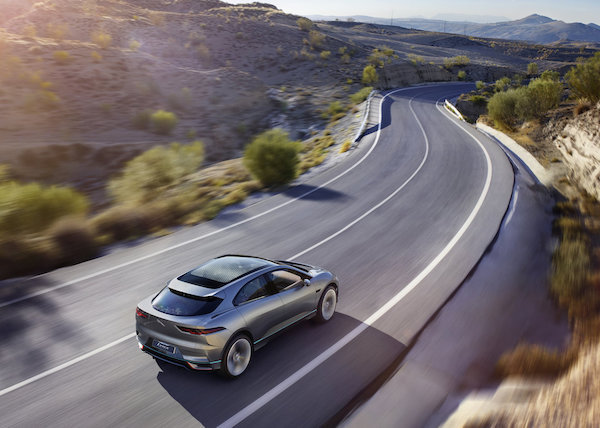 Here is something important enough for any electric vehicle user, autonomy. I-PACE is equipped with technology to preserve the range and protect the vehicle. For example, by pre-conditioning the passenger compartment, you can heat or cool the interior while charging the I-PACE is in progress. The electricity used will then be drawn from the power supply, not the battery. 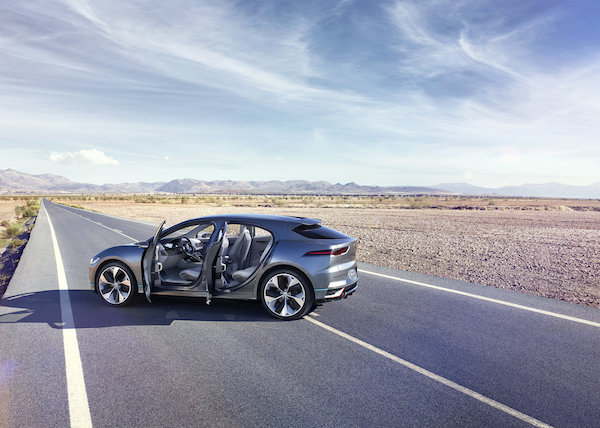 From the pronounced rear wheel arches to the rear diffuser, all the aerodynamic design elements of the I-PACE allow the vehicle to split open for optimum range and stability. A refinement that will make the British proud. 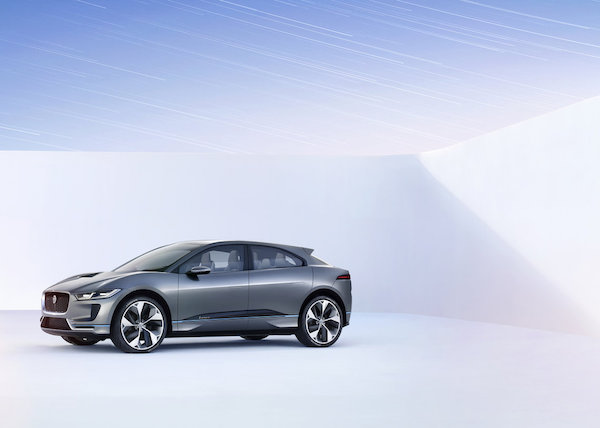 At the front you’ll find the classic Jaguar grille, which offers pronounced inward bends, reducing drag by passing air through the bonnet’s air intake to get it out of the way. above the curved roofline for optimum efficiency. 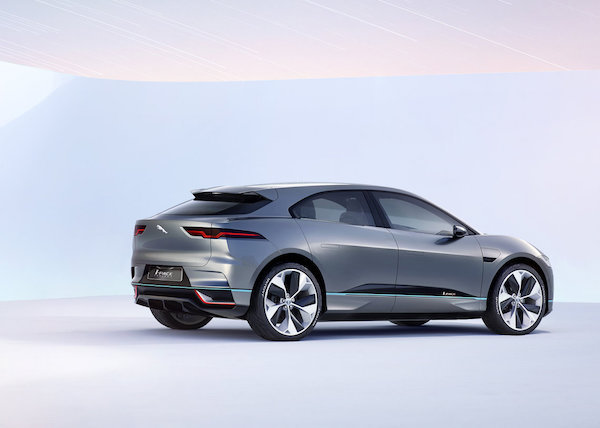 As for the rear, the cabin is lowered, with flowing wings that create an impression of movement. The whole nicely complements the contoured body belt of the bodywork. Angled corners encourage air to come off cleanly from the vehicle, easing pressure differences that create strength. A compact size SUV could we say. LED headlights offer the same distinctive presence on the road thanks to their streamlined, futuristic shape and distinctive double “J” design. In addition, the roof has an exceptional aerodynamic appearance that is the same color of the body, in contrasting black or panoramic glass. 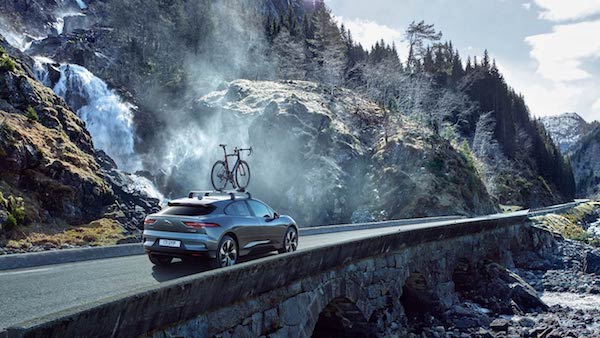 Stay informed about our articles by subscribing to the RDPMAG newsletter!