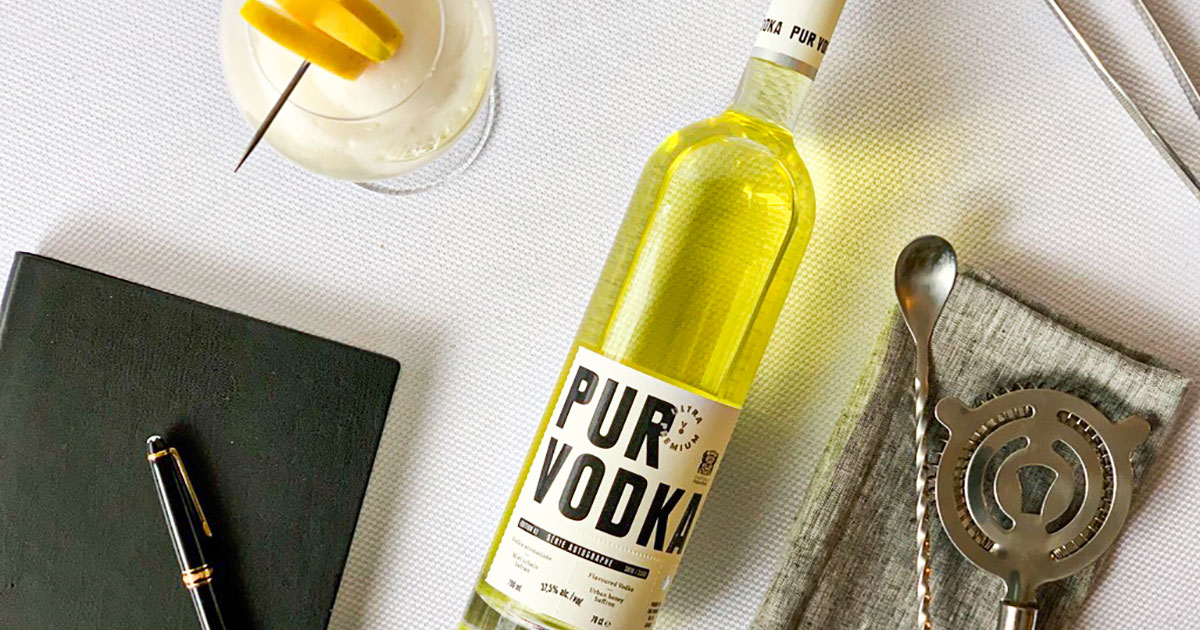 A vodka made with urban honey from Fairmont Le Château Frontenac

For the second edition of this series of ultra premium flavored vodkas, it is with an ultra limited edition, or 3,500 bottles, that this unique vintage is taking shape on the SAQ shelves since the end of November.

This association with Fairmont Le Château Frontenac aims to put forward urban honey that is grown on the roof of the latter. Beekeeper Marc Lucas, who has been producing honey for several years now, has supplied Pur Vodka with summer honey grown on the roofs of the iconic hotel in the old capital. The mixology and food & beverage team at Fairmont Le Château Frontenac worked closely with the Pur Vodka team to develop the final product, making it a real co-creation. 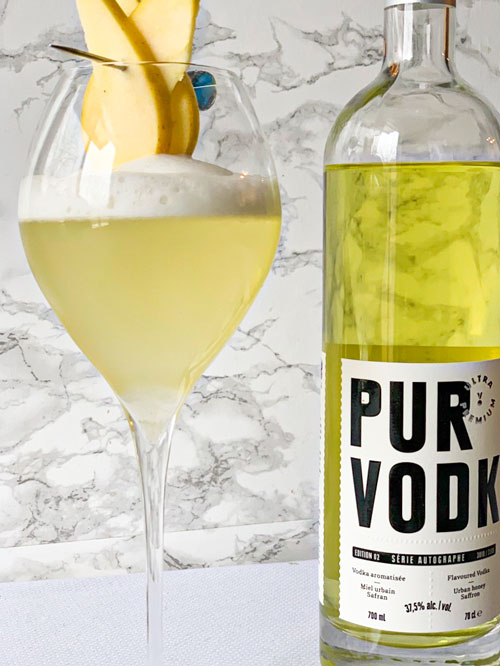 The sublime golden color of Pur Vodka Autographe Edition 02 is intensified thanks to the saffron found in Quebec. The final product is 100% natural and
consists only of Pur Vodka, honey and finally, Quebec saffron, hand-grown by the artisan Micheline Sylvestre in the Lanaudière region.

“Pur Vodka Autograph Series is more than just flavored vodka. It’s a flavored vodka with a story. These are the passionate craftsmen, the riches of here and the stories that we want to highlight with this series “says Nicolas Duvernois, CEO of Duvernois Creative Spirits. For the first edition, launched in 2018, it was with the pioneer of Quebec cider, Michel Jodoin, that Duvernois and his team decided to join forces to create a vodka flavoured with Geneva apple, a distinctive variety with red flesh. Moreover, we make a tribute to our cocktail, the Mielo Sour. 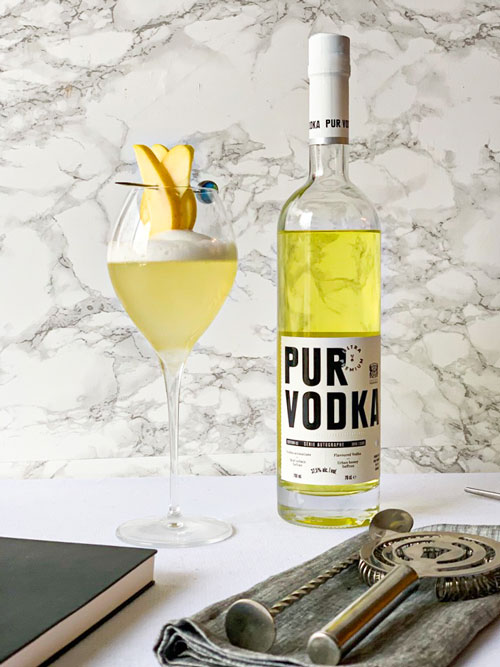 Based on the Jérôme “Jey” Laflamme Limonpera, published this summer. This recipe is really refreshing and comes for the classic aromas of honey and lemon. A perfect deal for the winter. And the apples in decoration are, as I said earlier, a tribute to the Pur Vodka Series Autograph 1 by Michel Jodoin.

How to make it