Seedlip: The New Way to Drink 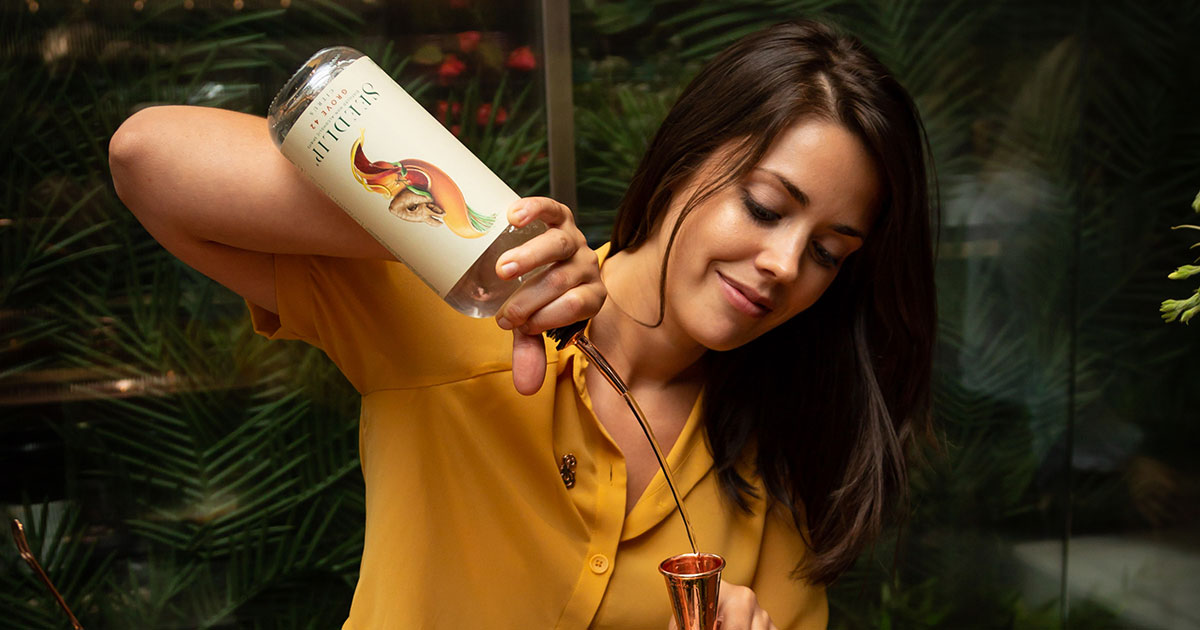 As the 28 Days Sober Challenge is halfway and Dry January just finished a few weeks ago, I met Sarah Parniak, the Canadian market manager of Seedlip, the world’s first distilled non-alcoholic spirit, to learn more about the brand and its story.

Sitting at the Crew Café, I entered in the heart of the subject by asking Ms. Parniak what’s the origin of the brand. “Ben Branson, the Seedlip founder, is a non-drinker himself, and was working at his own design firm in London, and obviously there was a lot of clients’ dinners, and he was disappointed with the lack of options for him. Mainly it was sugary-sweet mocktails, pink, that didn’t pair with the food, the moment, didn’t match the mood at all.” She also explains to me that he has a hyper curious mind. Growing up, he was always at his mother’s side of the family farm. There Ben learns about different vegetables such as sweet peas and many more. “What becomes a larger movement really started as a personal story” added Ms. Parniak 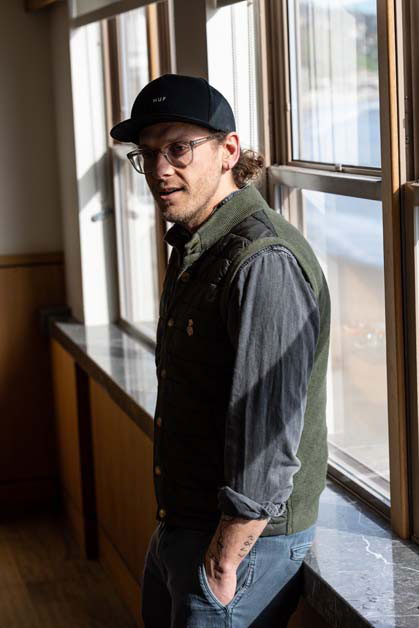 If we look at the aesthetic of the bottle, it is very appealing, it came from Mr. Branson, no link to Sir Richard Branson, design background. The inspiration came from his love of nature, he’s constantly inspired by the natural world. I learn that he taught himself taxidermy and is a hobby gardener, so he grows many herbs and vegetables in his backyard. So you maybe can see the picture already there

This curious man was doing a research as what he can do with all those herbs and vegetables and he found an old text online called The Art of Distillation by John French in 1651. Ms. Parniak says to me, “he was flipping through the book and at the end, there’s this recipe for non-alcoholic herbal distillates and herbal remedy and he says it’s interesting, I didn’t know that… And that combines with his experience as being disappointed as a non-drinker leads him to experiment. He bought small pots and start recipes with herbs from his garden. He was excited enough by these results to decide if he can do something larger.”

A note on the mocktail name.

As we were going into the discussion, we were talking as the word mocktail.
And as the word mock, it says it’s an imitation of the real thing, a fake, mimic, not as good.

Well, the Seedlip cocktails are not made to be an imitation of a cocktail, it’s a true cocktail,
not a bad option, it’s something you can choose over an alcoholic cocktail.
The complexity, the aromas, the Non-Alcoholic spirit.

So I advise you: please called them Non-Alcoholic cocktails from now on.

The process to create Seedlip 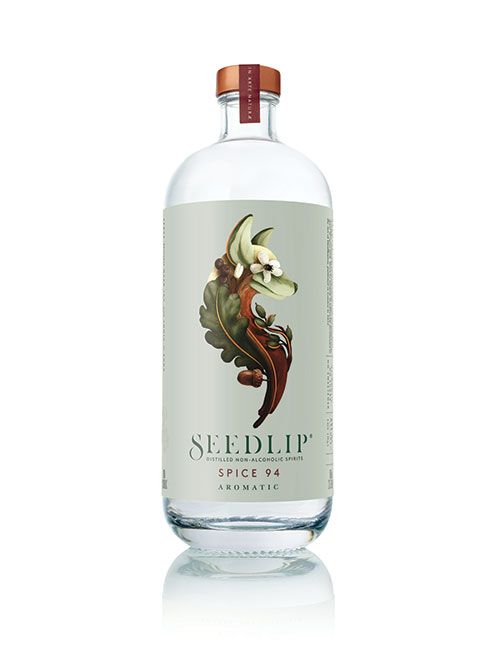 The process that Seedlip uses alcohol in the beginning part of the maceration process that they distill, and the rest is history. They use alcohol for reason of stability. They don’t use that much of alcohol, around 2 or 3%, and it’s an NGS (Neutral Grain Spirit). Beside use the alcohol as a preservation, they also use it as a solvent to removes all the oils, and flavours and aromas of the herbs and plants they are working with to distill them.

The first step is to remove the alcohol and the second step is to concentrate the aromas and flavours. It’s a process that takes about 6 weeks for one batch of Seedlip. Also, note that they don’t use oils, infusion, it’s all in the process of distillation and maceration. “The Seedlip mission is really Ben’s mission,” add Ms. Parniak. “It’s really to change the way the world drinks by offering a better non-alcoholic option.” 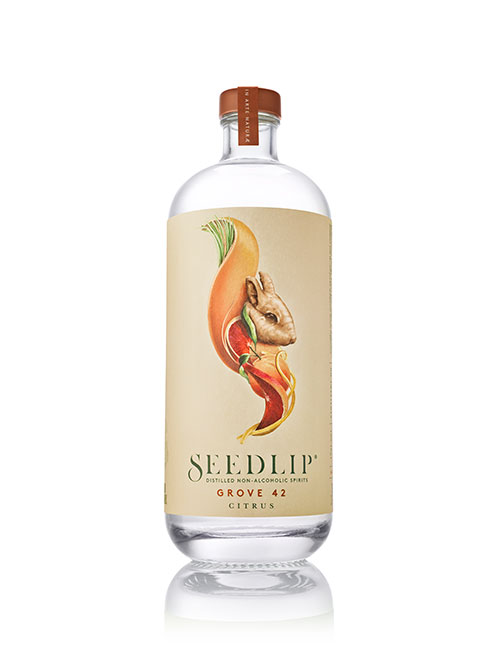 Ms. Parniak explains to me they want to provide an alternative to those that aren’t drinking for whatever reason, and they don’t want to cut any corners to do that. They want to show people, all kinds of drinkers, that you can put the same amount of care and attention and craft into a non-alcoholic spirit that you will put in any traditional spirit.

Now in the Diageo family 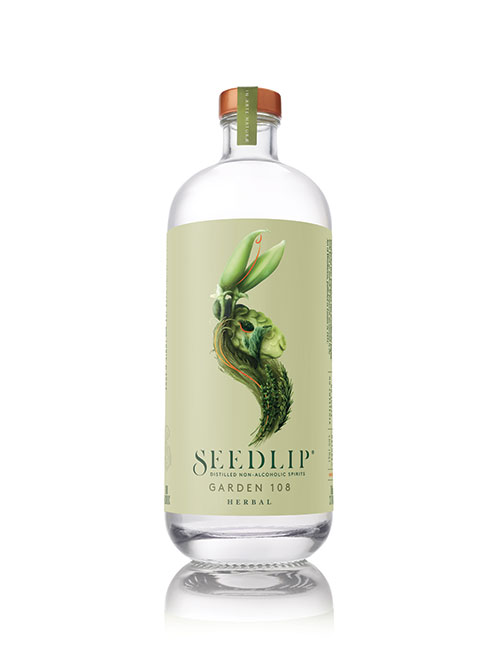 Seedlip is not a small company anymore, Diageo bought a majority stake in the company in August 2019. But the history is fascinating, because Diageo bought 20% of the company in 2016 through its Distill Ventures division. You might ask why? Well, Seedlip’s aromatic Spice 94 debuted in Selfridges in London in late 2015, the very first batch of 1000 bottles sold out in just three weeks, the next in three days, and the third 1000 in less than half an hour. Iconic bars, hotels & restaurants like The Fat Duck, The Clove Club, Dandelyan, The Savoy, The Ritz & The Hand & Flowers, even Buckingham Palace was soon in touch. 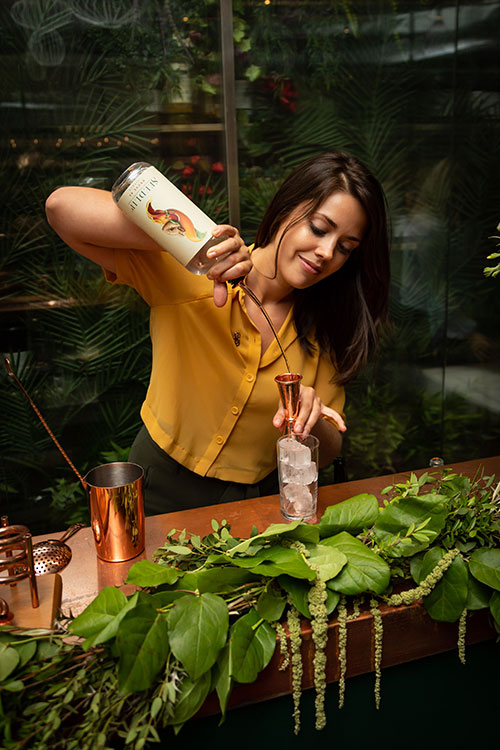 The demand was clear. And this just exploded. “That says a lot about the fact that non-alcoholic beverages are more than a trend, it’s a movement, it’s evolution in a way that we drink, and it’s exciting,” says Ms. Parniak.

Where to find Seedlip?

As it is a non-alcoholic drink, the distribution channels are different. The product is not available yet through the SAQ or LCBO. It is distributed by our friends at Favuzzi, it’s actually where I met Ms. Parniak for the first time. You can find it in independent shops such as Marché Artisans at Fairmont The Queen Elizabeth in Montréal, Alambika, Indigo, Pusateri’s, and on the Seedlip website.

Get the Gentologie Magazine Issue 3 to read the full text