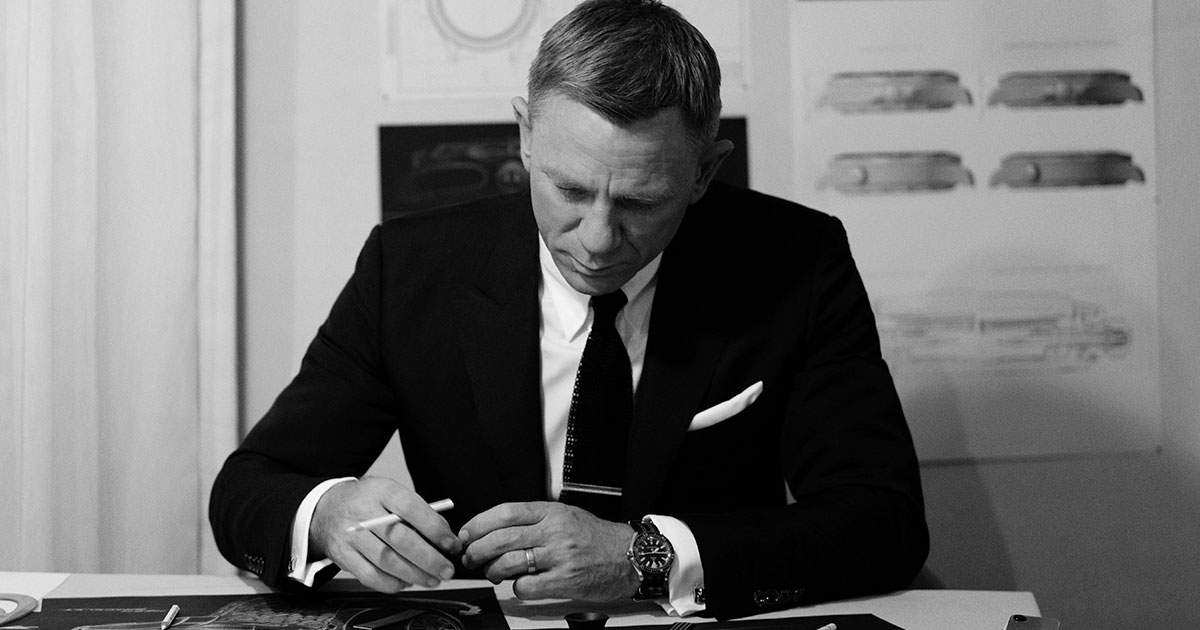 Centrepiece of the latest James Bond film, “No Time To Die,” the OMEGA Seamaster Diver 300M 007 Edition watch had  a very interesting design process, led by Agent 007 himself, Mr. Daniel Craig. Learn more in the next lines. 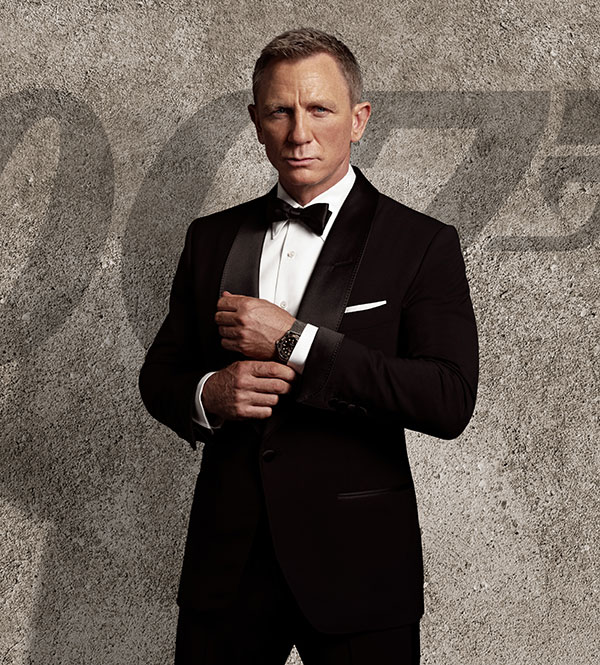 OMEGA: Tell us about your role in the design of the new watch. What did you speak to the designers about? And what were the details you focused on?

Daniel Craig: In “Spectre”, we really went into detail on the watch and its design. This new watch has also really been an amalgamation of many discussions. It’s really down to OMEGA. I had some suggestions, but they went away and ran with it. Raynald (Aeschlimann, CEO of OMEGA, whom we interviewed in issue 6) really let the design team go and do what they wanted. When they showed it to me, I genuinely said, “You’ve done it.” There was nothing in the end that I needed to add. There’s the style of it, of course, but it’s also close to a military watch, and you have that heritage with OMEGA and the British army watches of the Second World War. All of those things that I wanted to connect through, they’ve done it. I’m over the moon with it.

Was the weight important? The use of titanium has obviously made it lighter than previous watches. 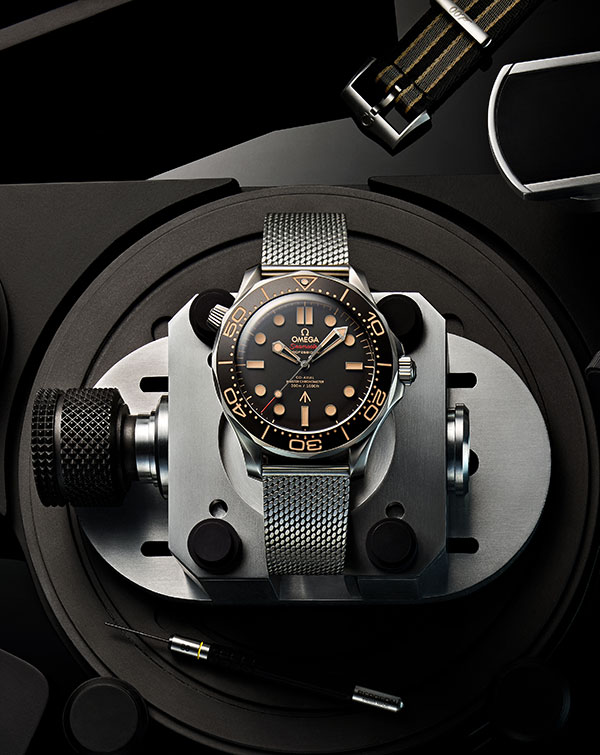 When OMEGA has shown me titanium watches in the past, I’ve always grabbed them and thought, “Wow, that’s fantastic.” It’s like you’re not even wearing a watch, and I think they took that on board and said, “Let’s make it.”

A very lightweight watch in this Bond movie!

Did you notice the difference in wearing it during filming? 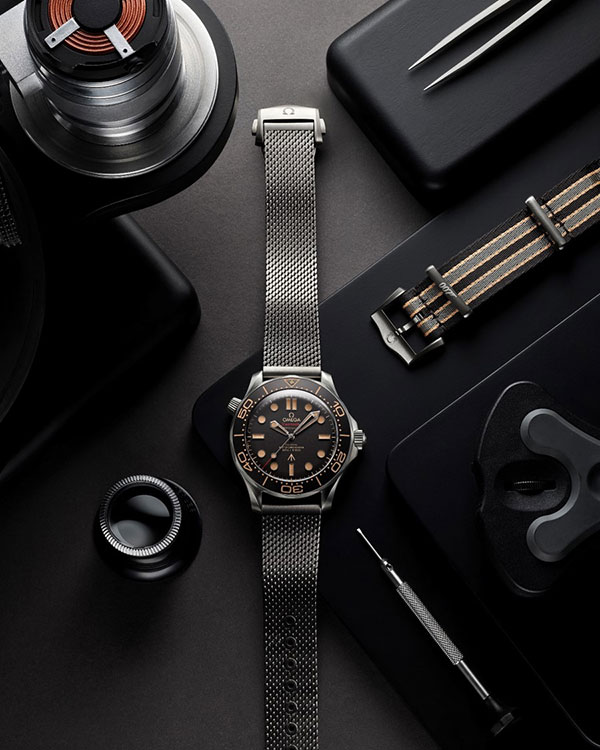 I didn’t even notice that I was wearing a watch. We’re talking about a difference of grams, but it’s an incredibly comfortable watch to wear, I can genuinely say so. I can wear it and not even think about it that much.

Was it important to make this watch a Seamaster Diver 300M? That’s the classic “Bond watch”, so was it essential for you that the new James Bond watch was a Diver? 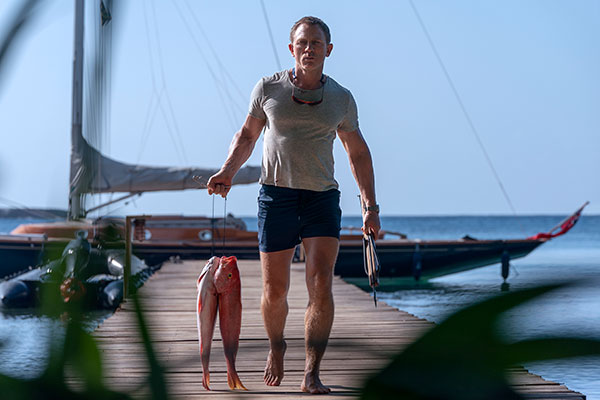 Where Bond starts in “No Time To Die,” it makes complete sense. He’s sort of retired. He’s in Jamaica. He’s on his boat. So probably, a little more by accident than design, it worked perfectly. Which is great. The fact that it’s a diving watch is great, because we hint that he’s diving in the first part of the movie. Plus the strap, which feels vintage in a kind of 70s way, I really like that kind of touch. Like a 60s, 70s divers watch. It feels like that period.

You mention vintage. Were the vintage touches important for you? Does that appeal to your own personal taste in watches? 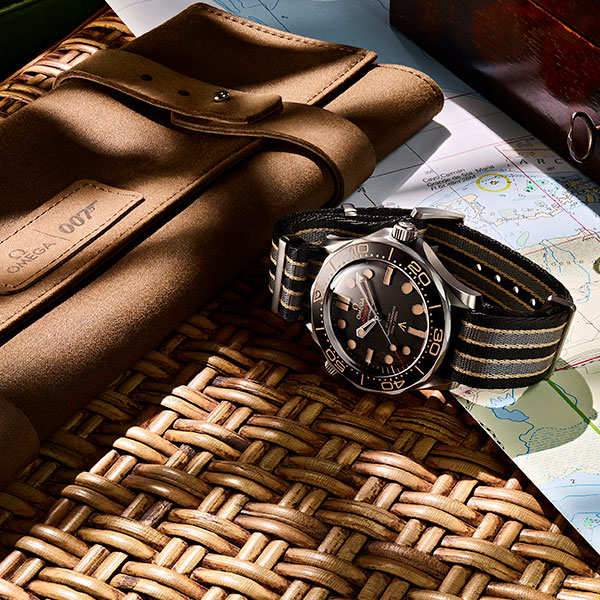 My first OMEGA watch was given to me on my 18th birthday by my Dad. It was a gold dress watch. I wore it so much, one of the arms came off and I lost it. Sadly, it disappeared. But that was my first proper watch, so I’ve always had a love for old OMEGAs. I think the designers were going to do it anyway, but when I started talking to them, I was very much hinting by saying, “look back, look back at what you had.” Then there was the whole thing about sticking a NATO strap on it. I’ve been doing that for years. I’ve been taking my watches and sticking them on NATO straps, just because it’s fun to swap them around. And they grabbed that and said, “yes, let’s do that.” Now, every watch has a NATO strap on it. The only thing is, I’m always nervous about having that strap-changing tool and attacking my watch with it. I’d rather just take it to a watchmaker to get it done. 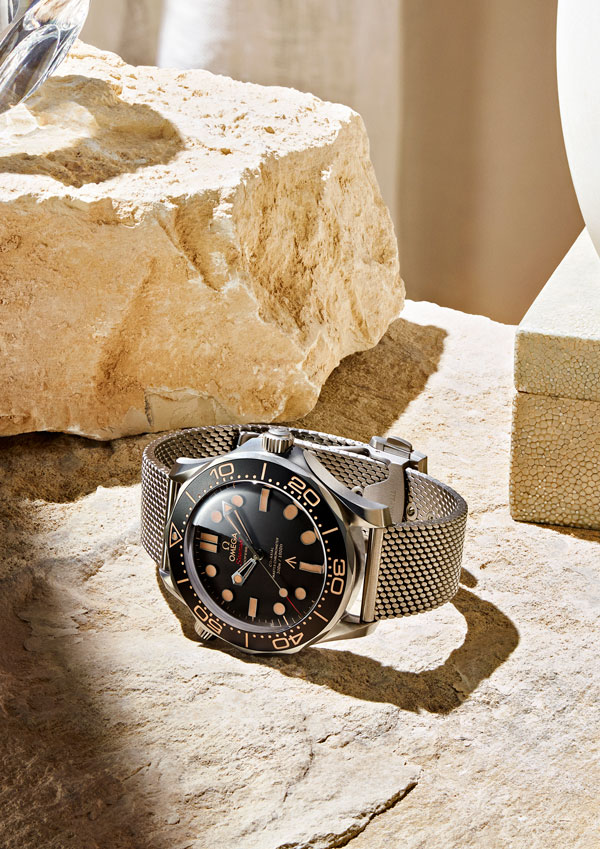 We’ve seen James Bond’s watches constantly evolving in line with his character. As a team, do you and the producers have those discussions early on in the filming, and talk about what you’re going to do and what you want? 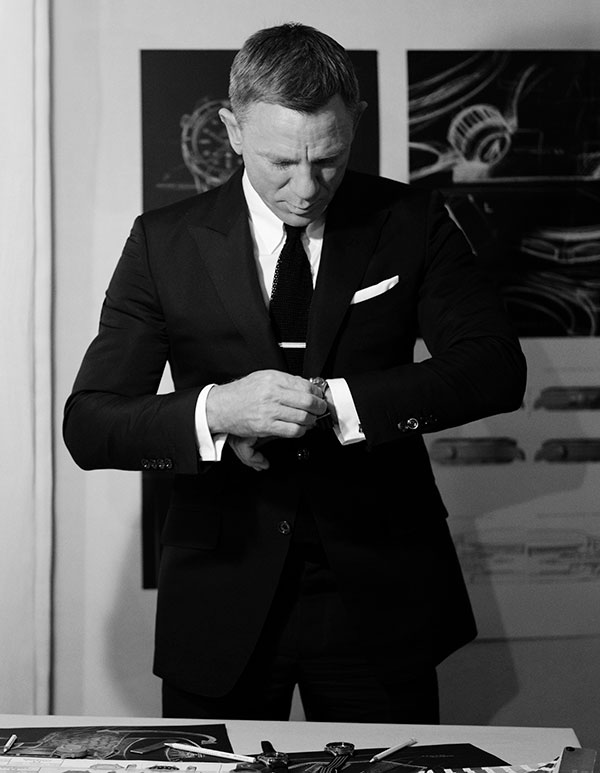 We do. But mainly because OMEGA are so open to it and want to be involved. There’s a partnership between OMEGA and Bond which is beneficial for both of us, and I always thought that we should be talking to each other. It shouldn’t just be that you turn up on the first day of shooting and they say, “This is your watch.” I’m just not built that way. I want to know what the watch is early on. I want to know what I’ll be wearing and what it’s going to look like. OMEGA has embraced that. They’ve been excited about that and bringing something new. There’s been five years since the last film, which has given them enough time to develop something and get it together. Also because it’s the 25th Bond and more than 50 years since the moon landing, it’s all married in quite nicely.

Get the watch trough our shop