Home / Driving  / Cars  / The Bugatti Divo : The Unveiling of a Supercar

The Bugatti Divo : The Unveiling of a Supercar 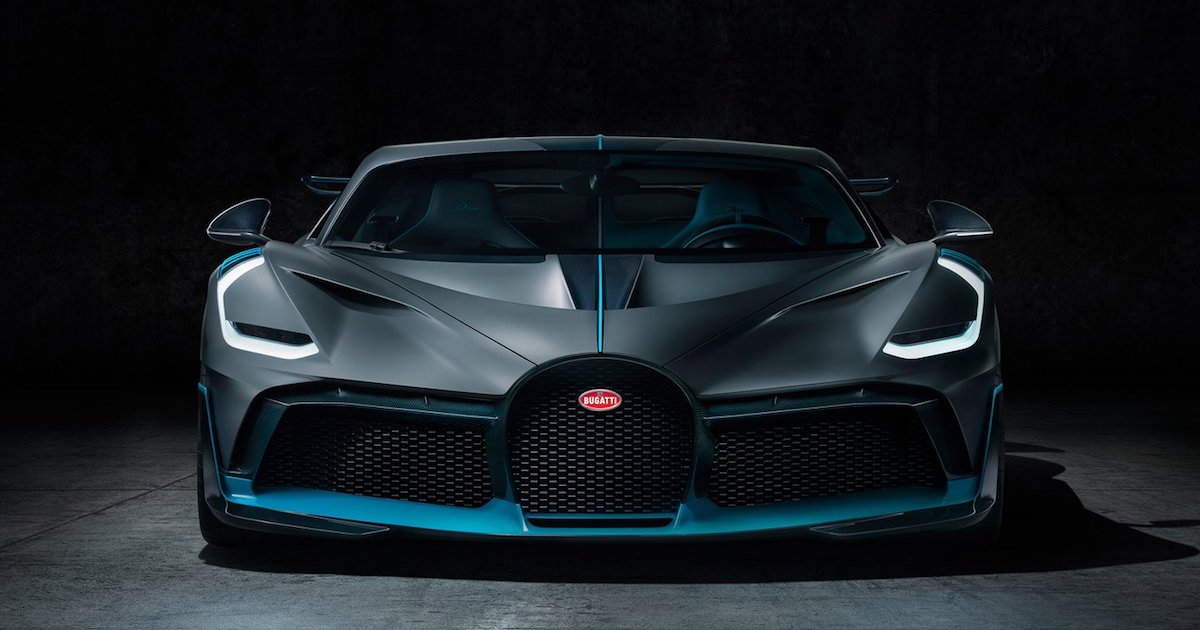 On August 24th, at the exclusive motor racing event “The Quail: A Motorsports Gathering” in Monterey, California, Bugatti presented its latest model as a world premiere. With the Bugatti Divo, the French luxury brand has developed a high-performance sports car, designed for agility, flexibility and optimal handling on winding roads. It is powered by the iconic Bugatti eight-liter W16 engine with a power output of 1500 hp. The aerodynamics of the model have been intensely refined and the suspension and chassis settings have been modified. As a result, the Bugatti Divo is 35 kilograms (77 pounds) lighter and its support force is 90 kilograms (198 pounds) higher than the Chiron entry model. Lateral acceleration of Divo was increased to 1.6 g. Its maximum speed is limited to 380 km / h (236 MPH), but can still travel the Nardò circuit in southern Italy eight seconds faster than the Chiron. The series will only include 40 vehicles. At the beginning of the presentations to the selected customers, the strictly limited small series, with a net unit price of 5 million euros, were all sold immediately.

The Bugatti Divo, a special car 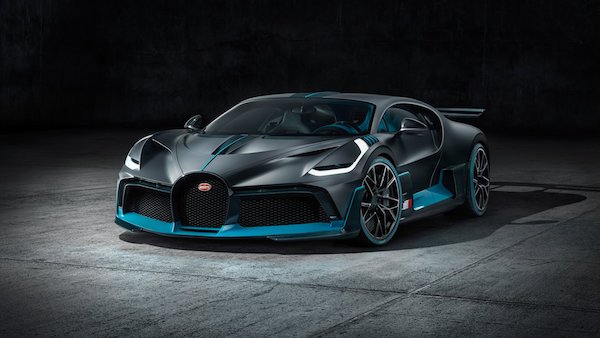 “When I took up my position at Bugatti at the beginning of the year, I soon learnt that our customers and fans were waiting for a special vehicle which would tell a further story for the brand in addition to the Chiron,” said Stephan Winkelmann. , President of Bugatti Automobiles SAS “The Bugatti team was also very eager to implement a project like this. “So it was decided to build a super sports car with a different character from Chiron, which would be immediately recognizable as a Bugatti. 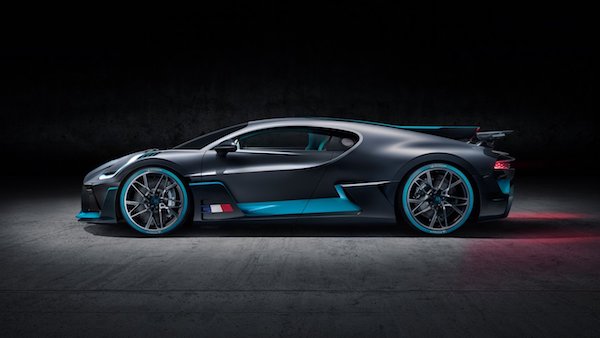 With the Divo, Bugatti is also reviving its bodywork tradition. During the first decades, the French luxury brand has had considerable success with bodies built according to its own design and installed on existing chassis.

“To date, a modern Bugatti has represented a perfect balance between high performance, straight-line dynamics and luxurious comfort. Within our possibilities, we have shifted the balance in the case of the Divo further towards lateral acceleration, agility and cornering, “added Winkelmann. “The Divo is made for bends. ” 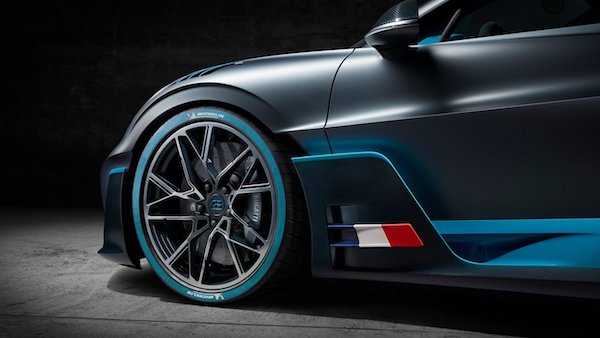 “The feedback from our customers was overwhelming,” says the president of Bugatti. “We showed the Bugatti Divo to a small group of selected Chiron customers. All 40 cars were sold immediately – this was fantastic confirmation for the Bugatti team which had put so much dedication and passion into the project. ”

“The Bugatti Divo is a further project intended to thrill people and the world,” says Winkelmann. “Our fans are very important to us. ”

The supercar owes its name to Albert Divo, a French driver who twice won the famous Targa Florio race on the mountainous Sicilian roads with Bugatti in the late 1920s.

“The Bugatti Divo is a further example of our design philosophy ‘Form follows Performance‘. In this case, the engineers and designers aimed to create a vehicle focusing on cornering speeds and lateral dynamics, “says Achim Anscheidt, Director of Design of Bugatti Automobiles S.A.S, describing the design language of the new Bugatti. 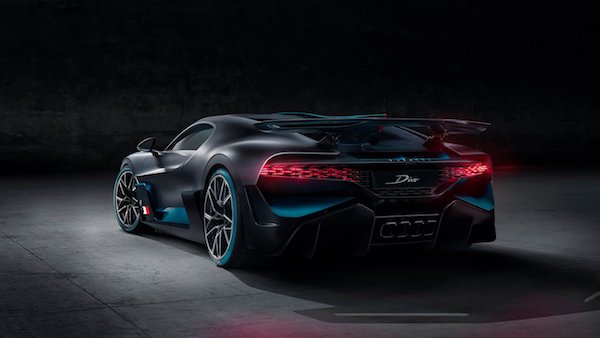 “The Divo project was also a welcome opportunity for our team to add a modern chapter to the coachbuilding story of Bugatti which had been so successful in the early years of the brand.”“Our task was to develop a vehicle which would look different from the Chiron but still be immediately recognizable as a Bugatti,” Anscheidt adds. “For us designers, this meant that the three key style elements of Bugatti had to remain in place: the horseshoe-shaped front grille, the typical Bugatti signature line along the sides of the vehicle and the characteristic fin that defines the longitudinal axis of the car when viewed from above, which was derived from the Type 57 Atlantic.” 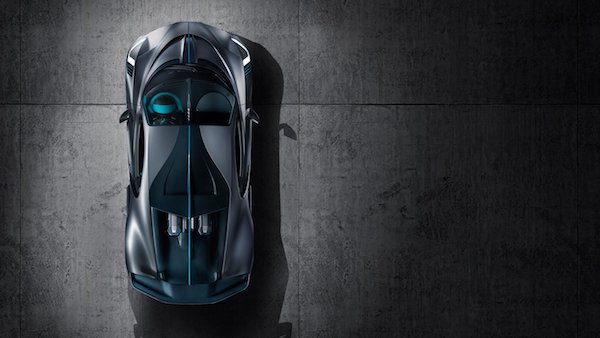 With the Divo, Bugatti is reviving its coachbuilding tradition. While Ettore Bugatti’s vehicles of the 1920s represented lightweight design and technical innovation, it was his son Jean who made the Bugatti bodies of the 1930s into style icons of their time. To this day, Jean’s creations embody the golden era of French coachbuilding. In their own way, father and son both contributed to the very special myth of the Bugatti marque.

In the mid-1920s, Ettore Bugatti increasingly involved his son in the affairs of society. First for the Type 41 Royale and, from 1926, for the Type 40. Until then, cabriolets and sports coupes at two and four places had been made by coachbuilders such as Gangloff or Lavocat & Marsaud. In order to realize his ideas, Jean hired the services of the talented body designer Joseph Walter. 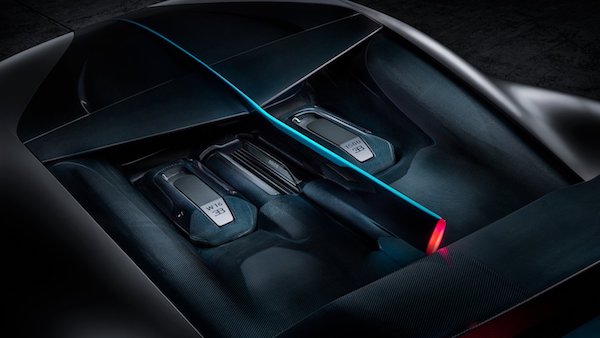 It was Walter who put Jean’s ideas into practice and developed the classic Bugatti bodywork tradition with Grand Sport bodies for the 1940s and 1940s. For Type 57, different bodies such as Stelvio, Aravis, Galibier, Ventoux or Atalante could be ordered at the factory. The most famous Bugatti models were undoubtedly the Type 50, the Type 55 roadster and the Type 57SC Atlantic. 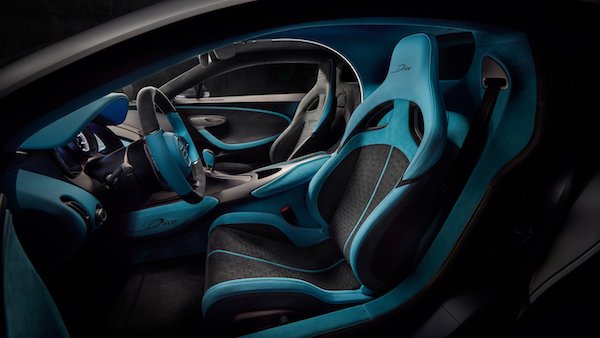