SUBSCRIBE
Home / Fine Dining  / Drink  / The Pur Vodka Autographe Edition 04 in collaboration with Domaine Queylus: For the love of wine 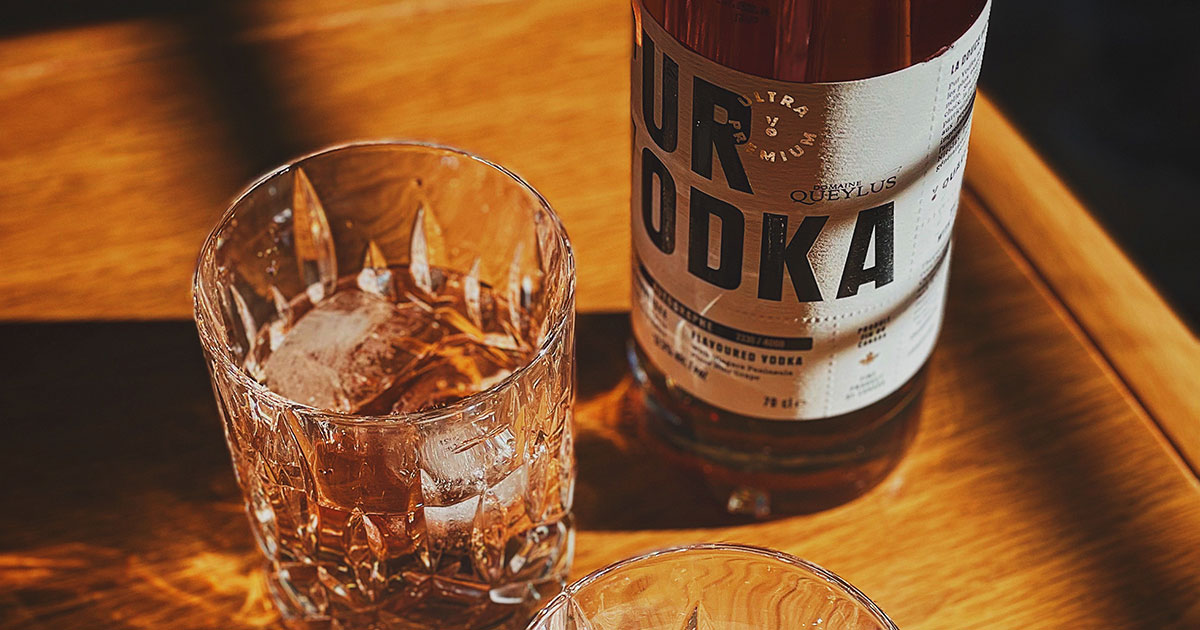 The minute I heard about this project, the Pur Vodka Autographe Edition 04 in collaboration with Domaine Queylus (I saw the news in June 2022 if I’m not mistaken), I wanted to discuss it with its ideator, Mr. Stéphane Rochefort, executive vice-president at Duvernois Esprits Créatifs, the entity behind PUR Vodka, and long-time friend. I’ll explain why in the next few lines and summarize our meeting.

The Love of Wine and the Beginning of the Adventure 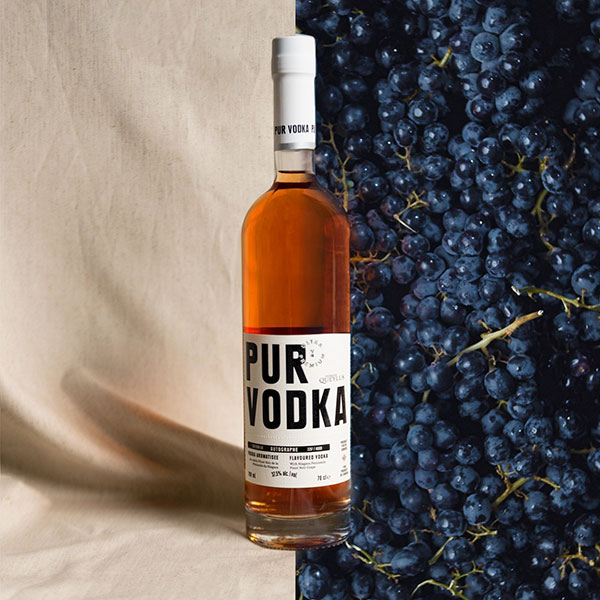 Ever since I have known Stéphane, when he was working on the first life of Hemmingford Orchard, he has always been passionate about wine. He was the one who guided me and put me in touch with several wineries during my visit to Niagara in 2016 and now he has just launched this new edition of the PUR Vodka Autographe. It was through a former partner of his previous employer, Mr. Raymond Nantel, that Mr. Rochefort met Domaine Queylus. It was in 2011 that this project of Quebec wine enthusiasts (including Mr. Champlain Charest, Mr. Thomas Bachelder, Mr. Gilles Chevalier, etc.) who wanted to create a vineyard in Ontario, similar to Clos Jordanne, was born. Clos Jordanne was, at that time, at its peak, with a profile that was more about quality than quantity, and its influence was already reaching beyond Canada’s borders. It was really the ambitious side of the people behind Queylus that piqued Rochefort’s interest at the beginning of the previous decade.

“At the beginning of my adventure at PUR Vodka, in 2014, with Nicolas (Editor’s note: Duvernois) and his wife (Editor’s note: and partner) Karolyne (Editor’s note: Auger Duvernois), we were able to find the right balance between the two. Auger Duvernois) we took a trip to Niagara, and I was in charge of the tours, so I contacted Raymond (Nantel), who put me in touch with the individuals at Domaine Queylus, and that’s when our trio met Kelly Mason, a Montrealer, who was doing the winemaking at the time (and is now the head winemaker), and it was a love affair for the wine and for Kelly. And that was the beginning of the Pur Autograph Vodka Edition 04 x Domaine Queylus story.”

It could have ended there, but it was a triggering event that made the Pur Vodka Autographe Edition 04 x Domaine Queylus project a reality today. “In 2015, while I was a brand ambassador at PUR Vodka, we were contacted by Holt Renfrew for a private party at Holt Renfrew Men in Toronto for none other than Mr. Galen Weston. I was there to do a cocktail party, it was in October, we were heavily reliant on a seasonal cocktail program at the time. So I got in touch with Kelly (Editor’s note: Mason) at Domaine Queylus to ask her for some Pinot noir juice. Her response was positive, it was the perfect time, harvest time, and in case it didn’t work out, she said she’d save me a bottle of their new rosé.”

“Arriving at Holt Renfrew, I make my cocktails with the Pinot noir must, and I had a revelation, a huge WOW in my brain and mouth. I’d had several Pinot noir wines in my life, but tasting the raw material is an experience that few people on the planet have had, and I had to take it a step further.”

For the “Autographe Series,” the idea is to bottle the source, the raw side of the elements, so it all simmered in Rochefort’s head and when the initiative was launched in 2018, from the start, the project with Domaine Queylus was there. And while many may wonder why an Ontario winery was chosen for the 04 Edition, the stated goal of the series is to increase the presence of PUR Vodka outside of Quebec.

The Colour of the Pur Vodka Autographe Edition 04

While one might think that this new Pinot noir-based edition would be much darker, like the 03, wild blueberries and yuzu, it’s the addition of the Pinot noir, that must be cryoconcentrated, which is used for many ice ciders, and is a nod to Nordic and Canadian know-how. “What cryoconcentration does is to enhance the flavour of the Pinot noir juice, but using less product for X volume of vodka. The juice brings a really interesting dimension, but we wanted to give it a more vinous side, and it’s the fermentation of the wine that makes it have these characteristics. So we used the lees of the Pinot noir and put them into the blend, and then did the filtration,” Rochefort adds. You have four ingredients in this vodka: corn distillates, water, Pinot noir juice and Pinot noir lees, there is no Pinot noir wine. “We work with the raw product and not essences as found in many vodkas on the market, and with the different components chosen for Autographe, we have to work with the seasons, which brings complexity to our tests,” says the vice-president.

The Choice of the Estate 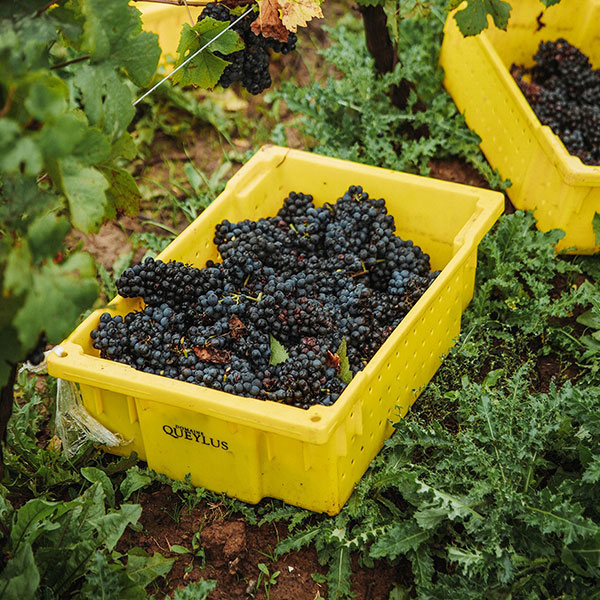 Mr. Rochefort’s choice of Domaine Queylus was not by chance as we told you earlier. “It’s a vineyard that inspired the team because of its mission, to make quality with little intervention, they took the time to master each of their grape varieties before attacking another, they like to focus on dry wines.”

The Mission of the Autographe Series 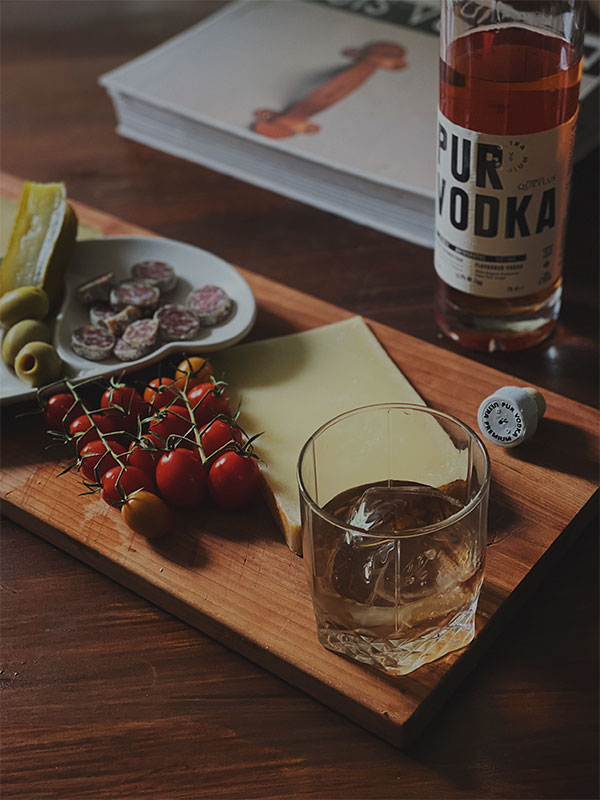 This is not a profitable project, as much for the limited quantity (4,000 in the case of Pur Vodka Autographe Edition 04 x Domaine Queylus) as for the complexity of the products, and a way to further affirm the series’ mission to put forward entrepreneurship and the component of collaborations (like the one of Fairmont Château Frontenac) with artisans who aspire to make quality here (yuzu, saffron, blueberries, apples, honey, etc.). “We wanted, for this project, small batches, limited moments, telling stories, partnering with people.”

How to drink it the Pur Vodka Autographe Edition 04? 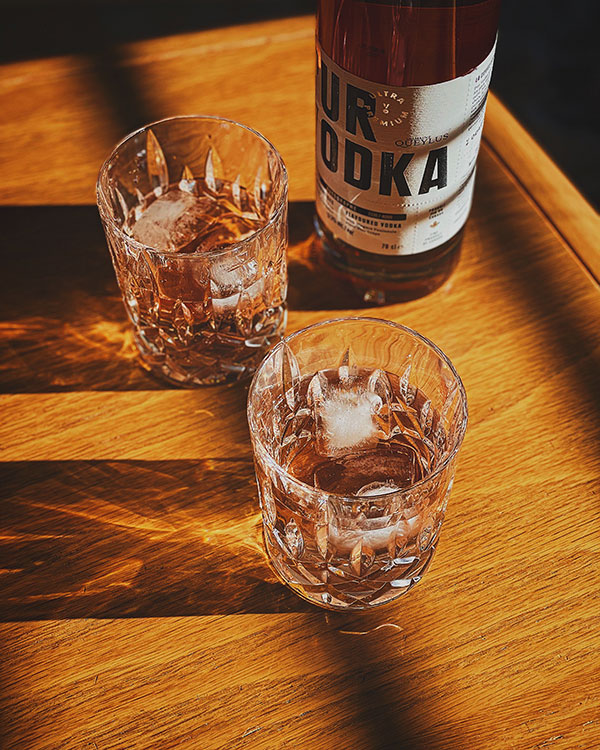 That’s the eternal question they get asked. Mr. Rochefort proposes that we enjoy it as it is, on ice. “Certainly making cocktails with this vodka is great, but basically this product has so much depth that it’s perfect as is, it’s been thought through that way. If you absolutely must drink it in a cocktail, I recommend it with a Fever-Tree soda or light tonic. It comes very close to scotch as a spirit.”

Available exclusively at the SAQ

Share the post "The Pur Vodka Autographe Edition 04 in collaboration with Domaine Queylus: For the love of wine"

James Bond Style in No Time To Die