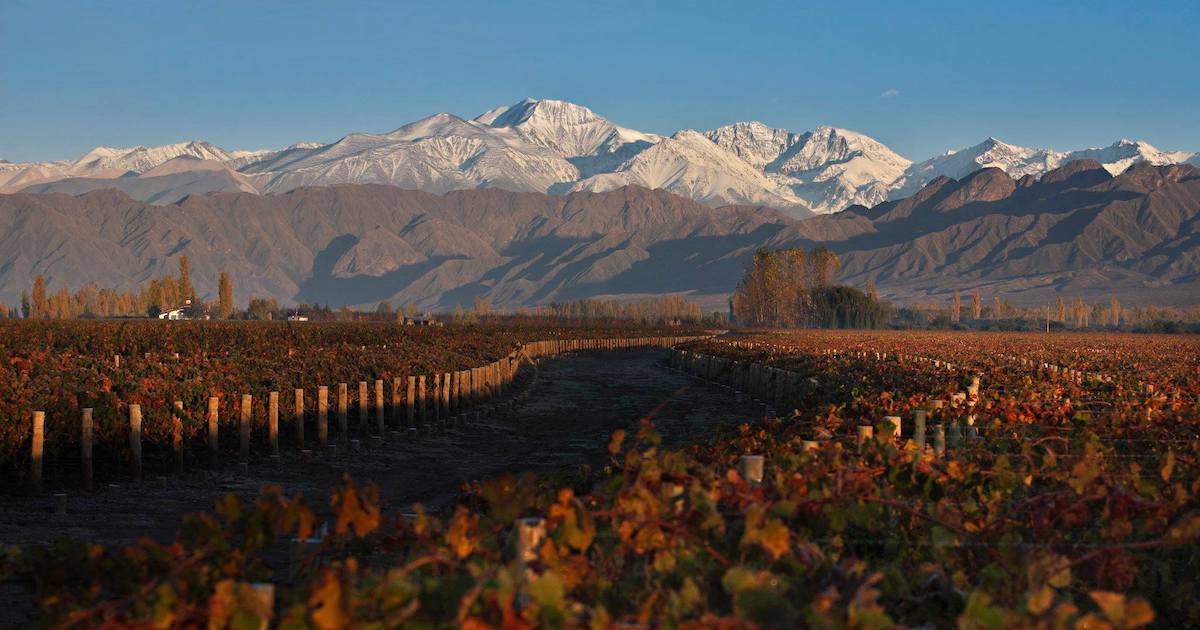 We continue our visit of The Wine Regions of the World, after Burgundy, so we discover Argentina. For our second article, The Wine Regions : Argentina. Ah Argentina, I remember talking about it in one of the first magazines. But I do not know how many of you remember it. It’s still a huge country. But that does not have a lot of wine regions (in number, not in area there).

But Argentina wine, what is it?

Located in the Southern Cone of the American continent, with a population of 42 million inhabitants and a territory four times larger than France, Argentina is one of the world’s natural reserves. Privileged by exceptional natural wealth and extraordinarily diverse landscapes, Argentina has high mountains and plains, lush vegetation and extreme deserts, forests and steppes, glaciers and waterfalls. In short, a perfect climate to produce wine.

This wealth of natural ecosystems includes large areas of highly productive grape production at the foot of the Andean Strip in the west of the country, from latitude 22 ° south to latitude 42 ° south. The cultivated area covers more than 538,071 acres.

It is in this context, and over five centuries, that Argentina has developed such an extraordinary wine industry. The altitude, the wide range of temperatures, local know-how, new technologies and a strong wine culture give our wines their unique identity and quality.

We know the wines of Argentina by their power, but it’s really more than that, there is so much to say, I do not know where to start. Let’s go from North to South, which is the most logical way to go.

As we told you earlier, Argentina has a wealth of natural resources with high peaks and plains, lush forests and absolutely barren deserts, woods and steppes, glaciers and waterfalls. Any landscape you can imagine, you can find somewhere on Argentine soil. Argentine wine regions are often located in wide valleys or sloping plains and offer ideal conditions for growing grapes.

It should also be noted that most of our vineyards are located far from towns and their pollution, and grow on young, poorly tilled soils. Every detail makes the Argentinian wine unique, authentic, remarkable thanks to its intense colors, its deep aromas and its wide range of flavors. The fact that the Argentinean viticultural regions are developing amidst the aridity and drought of our landscape leads us to call them oases. These oases can be classified into regions and subregions. Some are distinguished by their altitude, like the valleys Calchaquíes, in the North; others for the aridity of the earth, like the valleys in the provinces of Mendoza, San Juan and La Rioja; and there are also low altitude oases in Patagonia, with intense ripening periods.

The viticultural regions of northern Argentina are in the Bermejo basin. The latter occupies part of the northeast of Salta, northeast of Catamarca, northwest of Tucumán and a minor part of southern Jujuy, covering a total area of ​​approximately 33 000 km2.

This region is made up of different subregions. Viticulture is developed in the region consisting of a chain of highlands that includes a system of mountain ranges, volcanoes, drainage lagoons of endorheic basins and salt plains. The cold dry weather has high thermal amplitudes during the day. For the basin, the weather is semi-arid with 200 mm of annual precipitation. The solar irradiation is very high and the winds blow very intensely. The landscape of the region consists of mountains and hills and its soils are varied rocks. The soils of the Calchaquí Valleys are mainly sandy-loamy or sandy with a large amount of fine sand. It has a deep configuration with a slightly stony subsoil that ensures excellent permeability and leaching of harmful salts. This area is mainly irrigated by the Calchaquí and Santa María rivers, as well as by other rivers. Water is also collected in the basement by drilling.

The climate of northern Argentina is mild, with remarkable thermal amplitudes and extraordinary atmospheric transparency. Summers are long and sometimes late frosts occur in the spring, even if the frost-free season covers the months of October to April. Note that hail storms are common and occur normally during summer storms.

Cafayate, the main region producing wine in the region, has a warm climate with cool nights. Its climate is characterized by its great thermal amplitude and its long summers which allow the vines to grow exceptionally. This growth is also due to its deep sandy soils. Due to its dry climate, annual rainfall is around 150 mm. The average annual temperature is 15 C. Cryptogamic diseases have little effect on the region and there is a low risk of late frost and hail.

The 2,649 hectare area planted in Salta in 2012 is 47% higher than in 2001, showing how attractive this area is for wine growers and vineyard owners.

Like the rest of the country, this growth has mainly influenced red varieties, including malbec, cabernet sauvignon and tannat. Malbec’s demand and the quality of wines from this region were the main reasons for its expansion.

The vineyards and olive trees were planted early, during the colonization of America. The vineyards covered almost the entire territory of Argentina and Paraguay today, but they were mainly located in valleys and oases in the plains. For the region of San Juan and Mendoza, the vine was the center of their economy. In both provinces, vineyards were introduced from Chile or Santiago del Estero and became the center of their economy in the early 17th century. The industry has grown to become the predominant activity of the region.

In San Juan, the beginnings were similar to those of Mendoza: they took place after colonization, during the eighteenth and nineteenth centuries. The owners of the vineyard plantations were an urban elite. This wealthy section of society was devoted to economic activities such as agriculture, commerce and transportation, all related to the wine industry.

Its name sets off images of vast tracts of desolate land in southern Argentina, surrounded by the Atlantic Ocean – endless beaches and exotic animals – and idyllic mountains and lakes to the west. It is not difficult to imagine why the first European adventurers arrived and decided to stay there. It is also easy to understand how much its population has grown over the past decade thanks to immigrants looking for new beginnings. Winemaking has also found a new place to create wines that have gained international renown over the past decade.

Nestled in an oasis located in the most northern area of ​​Patagonia and enjoying exceptional weather conditions, high-end winemaking has developed in recent years. One hundred years ago, Río Negro was the pioneer of this activity and ten years ago, other valleys of Neuquén, La Pampa and Chubut joined it.

These wine valleys are located in one of the richest water sources in the country; the rivers are wider and more powerful than those irrigating other oases in different parts of the country. The rivers Limay, Neuquén and Negro are responsible for modern urban settlements, energy that reaches the main populated centers of the country and wonderful places that attract global tourism.

International varieties such as Cabernet Sauvignon or Chardonnay have been wonderfully adapted to these regions. Nevertheless, Malbec has been the most attractive for new investors and the most celebrated by consumers. Nowadays, pinot noir makes noise and international critics have recognized the elegance of this variety.

In the province of Neuquén, the average altitude varies between 250 and 300 meters and its average annual rainfall is 220 millimeters. The climate is warm, with cold nights and intense droughts. The average temperature is 15 ° C and the thermal amplitude can reach 15 or 16 ° C during the ripening period of the grapes. The prevailing winds are very strong and flow in a west-southeast direction. They cause a greater impact in the spring and summer. The winds are beneficial to the mental health of the vineyard due to the fact that they mitigate cryptogamic diseases. Another exceptional climatic characteristic is the average level of exposure to sunlight.

The climate of Río Negro is mild and continental, with a great thermal amplitude. The average altitude is 240 m at Río Negro and the annual rainfall varies between 200 and 300 m. Summers are long and allow the vines to grow regularly. Crytogamic diseases have little effect on this area. In addition, there is little risk of frost and hail.

The cultivated area of ​​Patagonia in 2012, 3582 ha is 31% larger than in 2001, which clearly expresses the charm of this region. The vineyards grew in Neuquén while the Rio Negro declined. The climate of this region is favorable to red varieties, especially for pinot noir. The white varieties are those that have been eradicated from Río Negro, mainly Pedro Giménez. Chardonnay and Sauvignon Blanc have developed.

The combination of latitude and altitude defines the existence of thermal amplitude in Argentina. Especially in Patagonia, a large thermal amplitude can be reached at low altitude. The wines owe their intense color to the strong winds of Patagonia; they make the grapes develop thicker skin. Since the coloring matter is in the skin, having a thicker one means more anthocyanin in the grapes. This gives them more concentration of color. Finally, the low population of Patagonia (which translates into low levels of pollution), as well as the low rainfall, strong winds and the low risk of frost, are beneficial for the mental health of the vineyard.

Pinot Noir is a red variety that grows mainly in cold regions and can be found in the world’s most remarkable scintillations. It develops wonderfully in Patagonia, creating elegant and light wines with a striking palate, tannic structure and remarkable acidity.

Merlot, a very distinguished variety throughout the world, is one of the grapes best suited to the region’s climatic conditions throughout history. This is mainly due to its resistance to cold winters, its constant production and early maturation. It stands out because it creates sweet wines, perfectly balanced and aromatic intensity.

Cabernet Sauvignon has a long tradition in Argentina; it has been cultivated since the 19th century. The modern trend is to elaborate them by prolonged macerations, keeping them in oak barrels and attenuating their notes of green pepper.

Sauvignon Blanc creates wines of superior quality when the vigor of the grapes is carefully controlled. In this way, a good balance between the leaves and fruits is achieved and the grapes are harvested when they have reached maturity.

Chardonnay is one of the most relevant grapes in winemaking; it has a vigorous character with an aromatic force and an exquisite flavor. This variety produces balanced wines with distinctive fruity aromas in cold regions like Patagonia.

Cabernet Franc is a varietal used primarily for blends to enhance the taste of Malbec, Merlot or Cabernet Sauvignon. The weather conditions in Patagonia shape it as the next big red variety in the region. In recent years, it has gained importance because it creates exotic wines in the Argentina scenario; bright red fruit wines and tannins both rustic and refined, giving it a unique character.

The Wine Regions : Argentina, some wines.

Here are some classic wines from Argentina to start your discoveries

Let’s start with Ciclos Torrontès, it must be said that the Torrontes are quite fruity wines, very aromatic. Well balanced. It will be nice with Asian food or with seafood or a sushi like Ryu for example.

Beautiful Syrah from the Mendoza region, we love its floral and woody side at a time. perfect with your steaks. We take reserve. 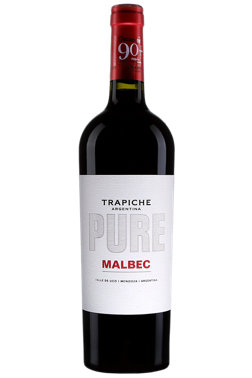 Malbec are often aged in oak barrels, but not this one. It is still quite full-bodied in the Malbec tradition. You will like.

Feel free to share your discoveries on the Wine Regions: Argentina and to subscribe to our newsletter to stay informed of our various articles.

Perfect BBQ evening between gentlemen: What to eat and drink