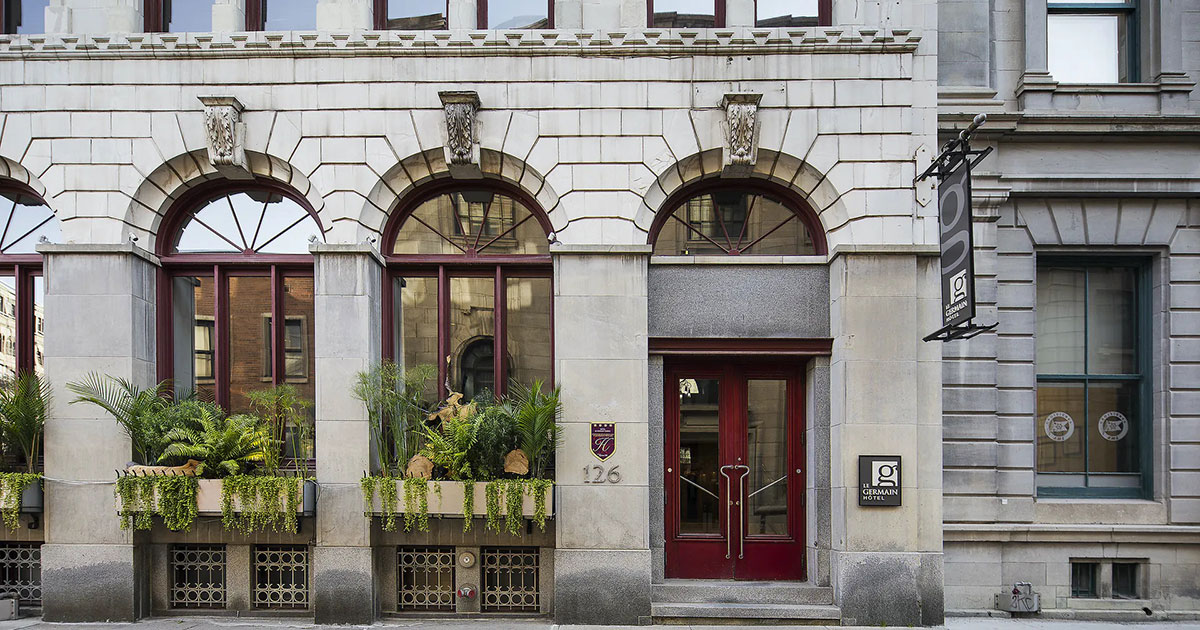 My visit to Le Germain Hotel Québec in early December 2021, the second boutique hotel in the Old Capital after the Germain-des-Prés—today Alt Hotel Québec (also owned by the group), and my second in one of the hotels of the group after Le Germain Charlevoix, which I will tell you about soon, took me back a few years. I’ll tell you all about it in the next few lines.

Memories of a bygone era 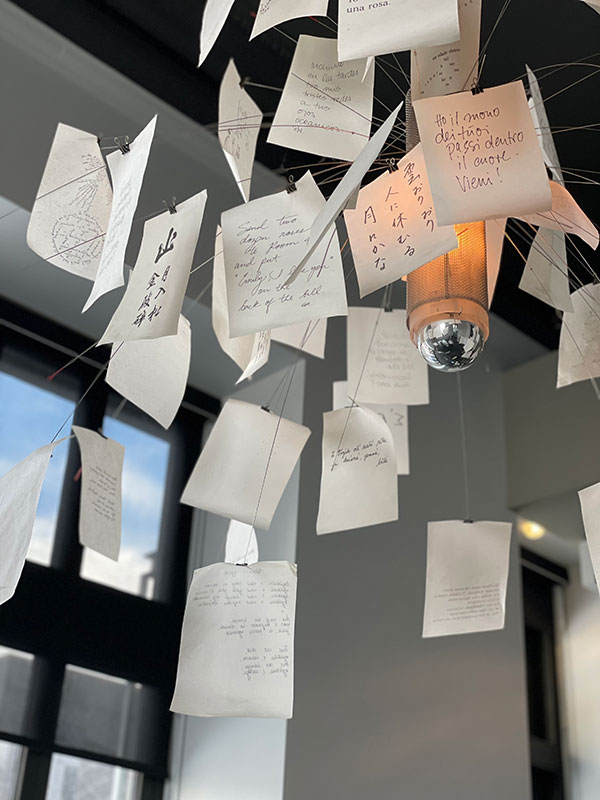 The luminary with notes left by visitors over time
Photo: Normand Boulanger | Gentologie

It was while I was studying at Collège Mérici at the end of the 1990s that I visited Le Germain Hotel Québec, it was then called the Hôtel Dominion 1912. With my group at the time, we were greeted by the general manager of the hotel Richard Germain, now a hotel consultant. I will always remember the magnificent luminary with the paper notes in the lobby, a lamp which is always present elsewhere. When you invest in timeless pieces, they remain present in the decor. Since my family lives in Quebec, I rarely sleep in hotels during my visits. My mother would certainly not forgive me for not visiting her.

This time it was an arrival by train in the middle of a storm. Since the hotel is not very close to the train station (15–20 minutes walk), I was thinking of taking a taxi, but by incomprehensible circumstances taxis are a rarity at the Gare du Palais de Québec, it would really be necessary to review that. So I headed for the nearest bus stop and went to Germain Québec.

After beating the snowstorm with my suitcase full of snow and climbing the stairs at the entrance to rue St-Pierre, here I am. The lobby has changed a bit, but the fireplace is still present, it’s very warm and pleasant, even though I was there during the Covid period, it was a superb welcome, and the reception staff did their best to welcome me with the biggest smile (under their mask). Moreover, it is in the lobby that breakfast is also served (surplus). A very well-appointed space with a lounge bar. We imagine having a whiskey by the fire.

Le Germain Hotel Québec: At the heart of the city’s history 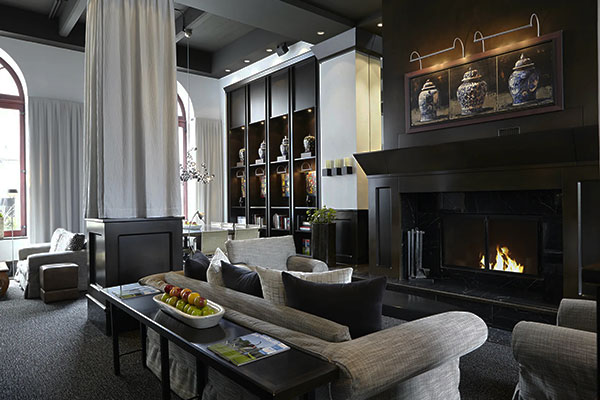 The establishment is not new. But has a very interesting story. And because of its position, you will be in a few minutes from all the attractions and great restaurants of Old Quebec.

Quoting Jean Benoit of the Department of Culture, Heritage and International Relations of Quebec City: “In the early 1990s, major modifications were undertaken inside. In 1995, the Germain family rented the building and transformed it into a hotel. 40 rooms were fitted out in what was then designated as the Hôtel Dominion, now known as Hôtel Le Germain Québec.

Over $2 million invested. During this construction, the architect Viateur Michaud of the firm Lemay Michaud kept only the exterior envelope, the travertine of the main entrance, the stairwell, the hot water heaters and marble tablets. In 2000, this hotel was awarded a distinction, the Public’s Grand Choice for the implementation of the boutique hotel concept.

In 2003, the Dominion Hotel expanded to include the neighbouring building, the former Bank of British North America building, to accommodate 20 additional rooms. Again, the architect Viateur Michaud supervised the work and he was once again inspired, for the decoration, by the ideas of the French and New York designer Andrée Putman.

It is an important architectural element of this rue Saint-Pierre and the first skyscraper in the city to be erected. The building is a fine example of an architectural style borrowed from the Chicago School. The outer envelope has undergone alterations. The original balustrade has disappeared, as have the semicircular windows. The interior of the building has undergone major alterations. Very few original elements remain.

So when you get in the elevator, you feel the history of this building, while the corridors are narrow, the atmosphere is simply historic, the way everything is built. 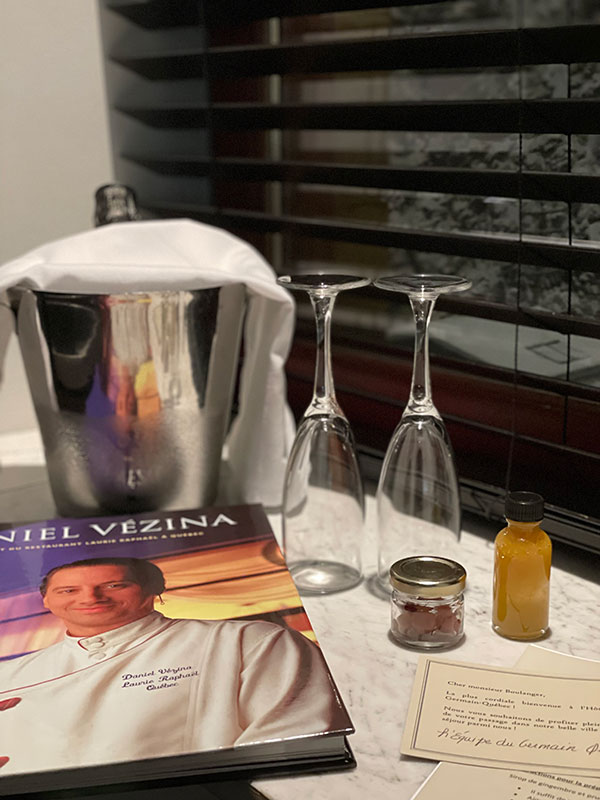 Here, it’s a bit of modernity that welcomes us, a fairly timeless decor with magnificent woodwork and an urban side that we love, very gentlemen all the same. The bed obviously takes a big part, being the main function of the place with its comfortable duvet and enveloping sheets (offered at Simons), but we also see that the bedroom has been designed to work. A desk and a chair are waiting for you to make the final additions to your presentation the next day.

As I was there as part of an invitation for the 30th anniversary of the Laurie Raphaël restaurant, a sparkling wine to make the welcome cocktail as well as sweets were waiting for me. A perfect welcome.

A quick trip to the bathroom to freshen up, moreover the latter is huge. Mine only had a glass shower, but it was exactly what I needed, although it’s always nice to relax in the bath, but hey, I was a bit short of time. I was expected at the restaurant for 7:30 p.m., so I had to hurry, even though the restaurant is less than 3 minutes from the hotel door.

Back at the hotel after this delicious dinner. I’ll tell you about that soon as well. It was in less than two that I fell asleep. The bed was really comfortable and I really liked the fact that the window didn’t let any light in. If you want to spend the evening in the room, note that room service with alcohol service is offered. But you will certainly want to explore the beautiful places that are a stone’s throw from the boutique hotel such as Chez Muffy, Chez Rioux et Petitgrew or those of Groupe La Tanière to name a few. 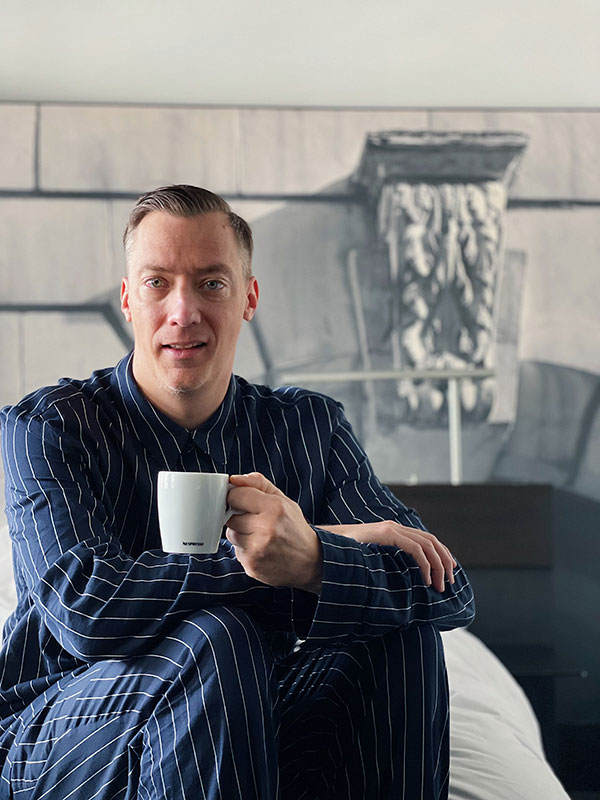 When we got up the next day, it was nice to be able to see one side of the city through the window that let in the sun. It was good I must say. With the beautiful snow that had fallen on the day before, the town was magnificent. To start the day off right, head to the bathroom. No need to use my products in the shower, those of Ruby Brown were offered (maybe we will find those of Groom soon, since Ms. Germain is an investor in the company). Besides, I like the fact that we don’t put small soap and shampoo formats in more and more hotel rooms, but large formats that we just have to serve as you please, it’s much more ecological and practical, especially for room service people for refilling. You want small sizes, they often sell them at the reception, it is also a nice gift.

The Breakfast, a Major Addition at Le Germain Hotel Québec

I then went downstairs to have breakfast. It was self-service at that time (this may have all changed since then). A nice variety. Cheeses, yogurt, pastries, cold cuts, cereals, delicious specialty coffees and more. It was good to see people at this hour, I who am used to having lunch alone in my dining room. In summer, an outdoor terrace is available.

After the meal: Departure

It was time to pick up my things and say goodbye to this magnificent room in one of the most popular hotels in Quebec, but first, I took the time to make myself a coffee to bring courtesy of the Nespresso machine present in the room, a free service, just like the Cammelia Sinensis tea. The service was perfect from entry to exit. Looking forward to seeing Germain Quebec again very soon.

The costs of this stay were assumed by Germain Québec and Laurie Raphaël. The opinions of the author are not influenced.