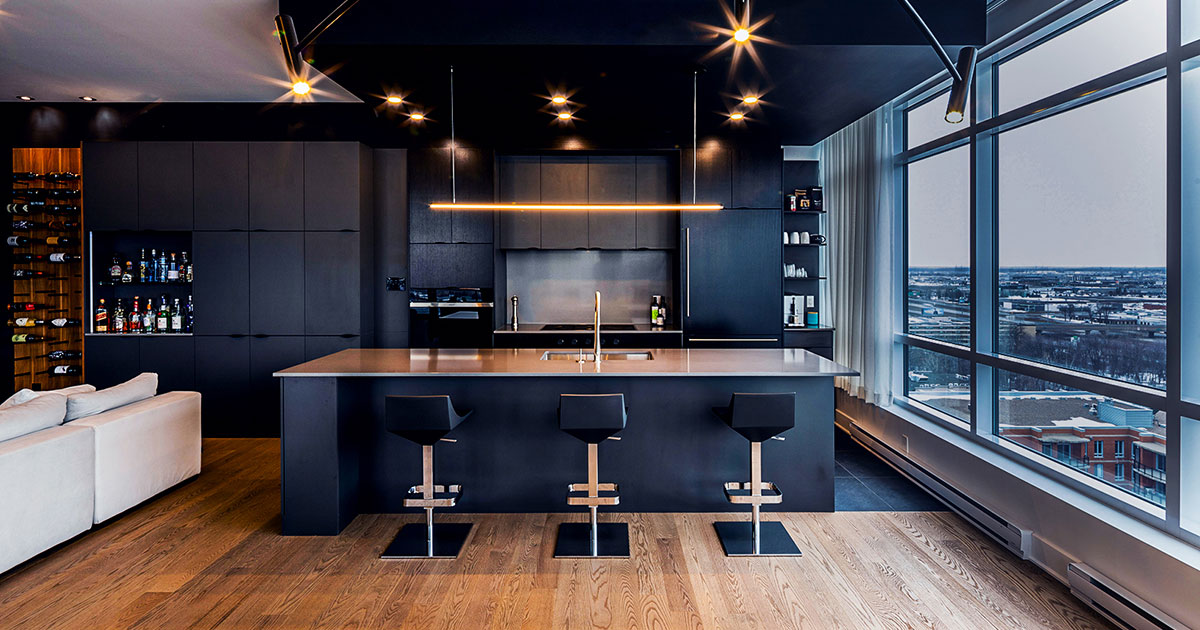 If there’s one thing 2020 has taught us, it’s taking the time to cook. From my observations, I noticed that some loved it, others less. Was it because of the kitchens space? Maybe! I took advantage of this enthusiasm, as evidenced by the explosion in the order book of designer and owner of Fines Cuisines, Ms. Véronique Cimon, to talk about new trends in the space that has been used extensively in the recent months.

A frenzy that does not stop 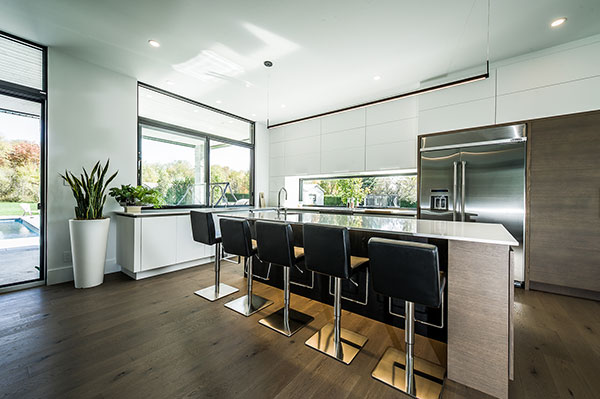 Ms. Cimon says right off the bat that it has been a hectic time for her and her team. To this end, the year 2021 does not seem to want to slow down, as can be seen from his appointment book, which is overflowing in traditionally quieter months such as January. She told me that the process for approval of final plans had accelerated exponentially compared to previous years in recent months. Indeed, whether they are men or women, Ms. Cimon tells me that they know their needs precisely and that they arrive fully prepared.

“I have noticed, over the past five years, a swing back concerning my clientele. Thus, almost 40% of the latter is male, an increase of about 20% since the founding of my company. Whether by the fact that they want to invest in the preparation of meals or that the place also becomes a functional and pleasant living area, I am magnificently surprised by men’s involvement in the decision-making process on the site layout of the kitchens area. These aspects are major, because it is precisely one of the most used rooms, nearly three times a day and very often seven days a week, whereas before going out to restaurants could reduce our use. We want to make everyday life easier for those who decide to take this step at Fines Cuisines,” added the owner-designer. 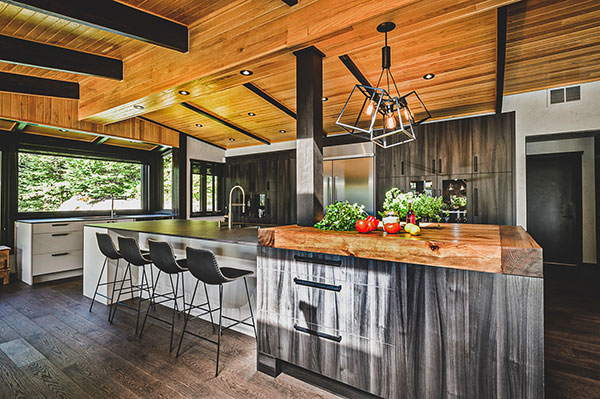 Ms. Cimon sees that there are apparent differences in vision between her male and female clientele. Indeed, among men, she finds that they have a more adventurous approach to storage, the sinews of war in the arrangement of this central room. As for the female clientele, she notices that they are more worried about storage space management. “For men, the focus is more on the working atmosphere, functionality, innovation and its various specifications. For example, we’ll be spending a lot of time with them looking at the slides, the hinges, and the mechanisms. In other words, the makeup of the materials they buy is paramount. Then, the technological angle is often privileged. Whether you think of LEDs with a magical eye, connectivity to different spaces in the home, home automation, etc., these are essential elements for most of my clients.” She also mentions to me that we must not forget the style that we want to associate with the design. Ms. Cimon informs me that she feels a strong attraction for organic materials where the darker shades synergize with the mixture of different wood species.

The urban aspect predominates among men, according to Ms. Cimon. “The chic side is taking its place after the chalet trend of the past few years,” adds the businesswoman. “The gentleman will go more towards sober colours rather than the golden and pink hues that we will see more in for the women,” Says the kitchen designer.

The advent of social media like Pinterest has changed Ms. Cimon’s work tremendously. She confided to me that for her, it is easier to present inspirations to be in symbiosis on the different details. “Some people prefer to have a choice. The specialty of Pinterest’s service offering is all about functionality and storage. It helps us a lot!” Specifies the head of the company.

I asked the kitchens expert about how the first approach goes with her future customers. She told me that this is always done by phone to find out about the status of their projects and thus avoid a hasty first date. “There is one who plans to build a LEED house, and he has been thinking about his idea for five years. In cases like this, we help him in his quest for materials. Our team acts as a guide in its preparation. We also see the reverse where some give us the green light to realize the kitchen of their dreams. Pinterest and magazine research don’t interest them. We look at their lifestyle a lot, what excites them, etc.,” Says the designer. 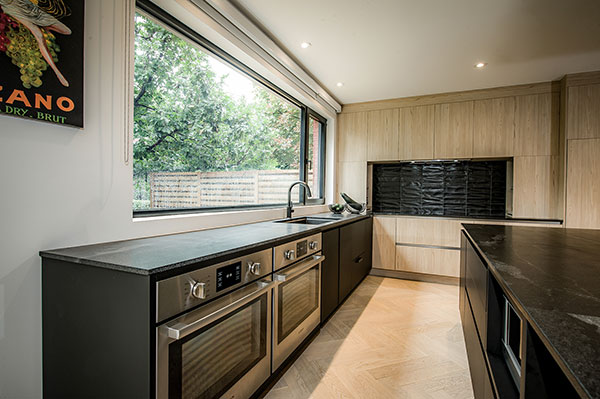 While one might think that it was the arrival of new materials that have changed the work of the professional kitchen, it is more the appliances. “The innovative features have made it easier for people who don’t have all the skills to have fun preparing meals,” says Cimon. She also specifies that countertops have been a game changer with granite, quartz and now Dekton, which makes consumers’ lives even more accessible and is now appearing on cabinet doors, “concludes the businesswoman.

“The dominance of the island remains a key element in the design of this room, and I believe it will remain so. There are also other unusual details to take into account, such as the height of the cabinets depending on the customer’s gender,” the kitchen specialist pointed out to me. 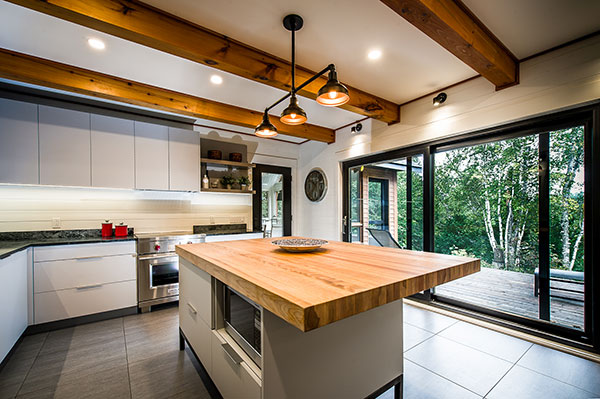 If we’re talking about the most significant benefit of consulting experts, like Ms. Cimon’s Fines Cuisines, it’s the support. “It’s a big project to fit out this central room, and we have to think of everything! Hiring us is having a professional teaming up with the client by listening and generating ideas about what is in the market. We know everything: contractors, new materials and standards; we meet their needs. We take them elsewhere and make their dreams come true,” concludes the businesswoman.

As for future trends in kitchen design, Ms. Cimon sees the latter coming out of its partitioned universe and becoming, as in Europe. A large living area that will communicate with the outside kitchen and even the house even without the demarcation of floors—in short, transporting the atmosphere of the large presidential suites in hotels to our everyday spaces.

Take an appointment with the kitchens professionals of Fines Cuisines here

Interested an outdoor kitchens instead? Read our article here

* This article, published in the Gentologie Magazine Issue 7, is offered to you free of charge