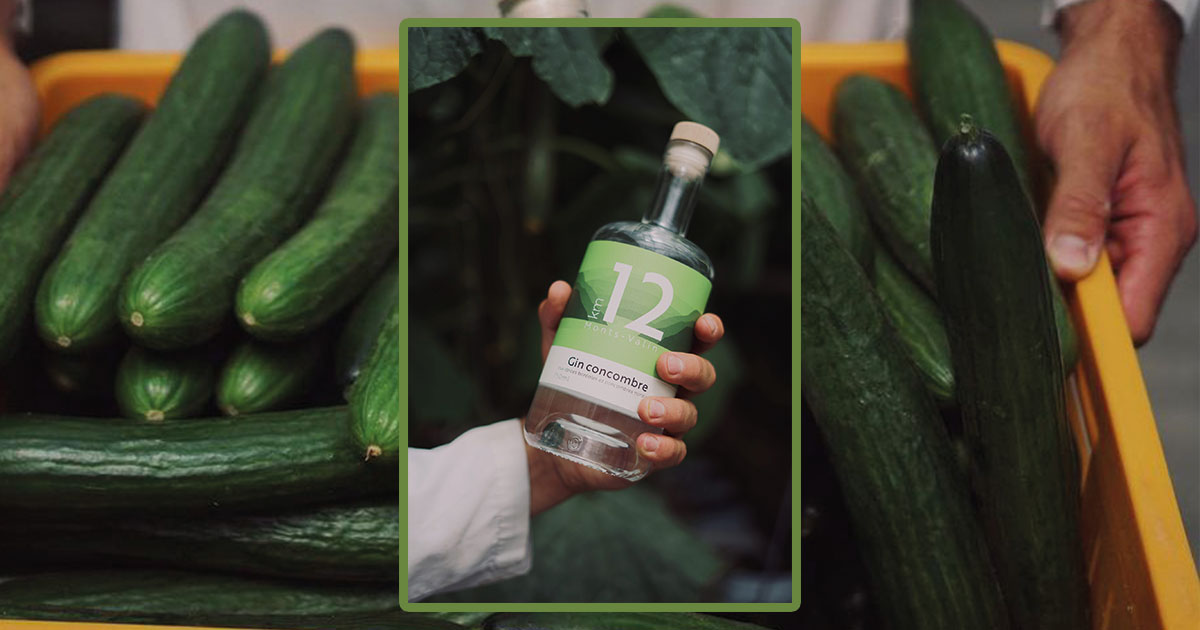 Launched exclusively at the Distillerie du Fjord (link in french) at the start of the 2021 summer season, Km12 Nordic Cucumbers gin has gradually found its way onto the shelves of SAQ stores this fall. Like its big brother, Km12 gin (learn more about this gin here), this gin draws its influence from the richness of the boreal forest by betting on the same blend of aromatics such as balsam fir, nard from the pine forests and peppery green alder. Connoisseurs will therefore not be out of place, because they will find, at the base, the same woody, fruity and peppery notes.

A gin with a Quebec cucumber 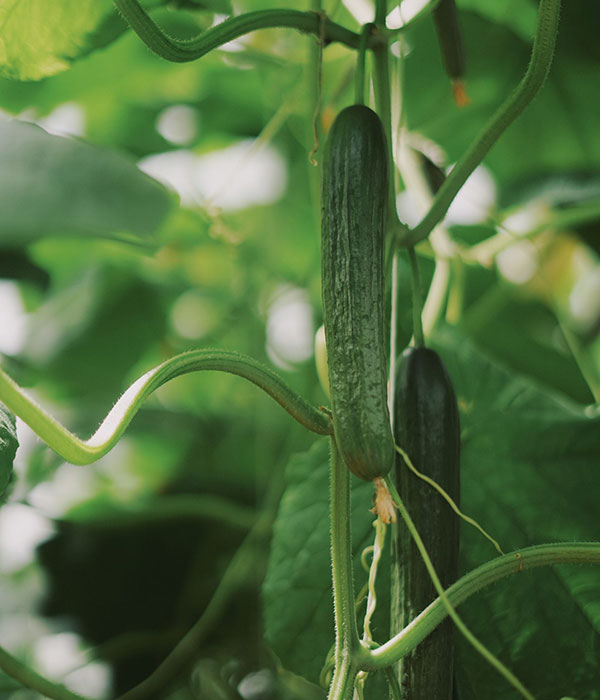 Thus, you will have understood, what makes the big difference is the use of cucumber in the development of this spirit. However, the Bouchard family does not use just any cucumber, it relies on the northern cucumber, a variety produced by Toundra Greenhouse in Saint-Félicien. The particularity of this one is that it is smaller, crunchier and juicier than its English cousin. To this end, this partnership between the two Quebec companies will have made it possible to give a second life, since the beginning of the adventure, to more than a ton of these vegetables which have been sorted because of their low commercial potential in the various points of sale.

As for the taste, it goes without saying that the creation of this new nectar required a sustained effort on the part of the members of the distillery team. Following a myriad of experiments spread over more than a year, they were able to obtain the desired result, which was to highlight the freshness of the Nordic cucumber instead of its earthy notes. Briefly, I would say that the product offered is clearly convincing. You can discern the aromas of the star vegetable as soon as you open the bottle and the flavour of its flesh is keenly felt with each sip. Combined with the typical accents of Km12, it gives the gin a taste profile that stands out from the competition. 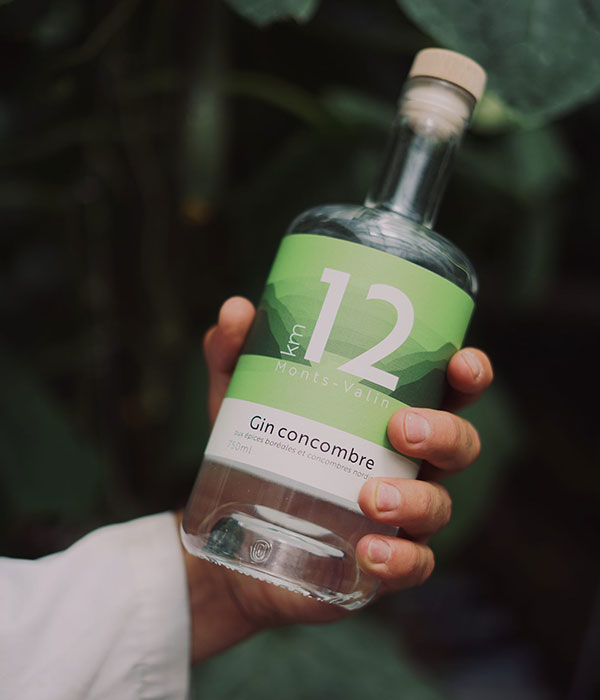 To me, this spirit confidently displays a more summery character. On the other hand, don’t be fooled, it provides exceptional flexibility in terms of presentation to the rhythm of the seasons. For example, Km12 Nordic Cucumbers gin can be drunk neat over ice, in a cocktail with mint or with a simple soda. That being said, I also recommend it with a tonic water based on elderflower, which accentuates the floral aspect and the freshness of the gin, or its Mediterranean version offering exquisite notes with a fruity and herbaceous character.

Aesthetically, there is a certain evolution compared to the original bottle. At first glance, one might think that the label is simply declined in a green colour rather than turquoise, but it is by looking at the back of it that we grasp all the subtleties. Combined with the observed refraction effect, the visual featuring illustrations of the northern cucumber gives added value in terms of presentation and I must admit that it would be interesting to continue exploring this avenue when new products are developed.

In conclusion, the Km12 Nordic Cucumbers gin represents a continuity, like the sequel to a successful film, of the product that served as the basis of inspiration. Despite the fact that it does not break many barriers like its predecessor, this spirit from the Saguenay—Lac-Saint-Jean region, more particularly from Monts-Valin, remains a superior quality product that will please most amateurs wishing to live an experience of invigorating freshness.

Suggestions for a Gourmet Valentine’s Day

Three gins to end the summer: Sun, Simplicity and Spirits